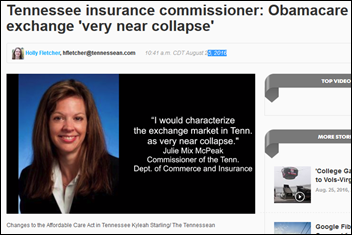 States begin approving insurance company rate increase requests for ACA-sold policies, with premiums of those issued by Tennessee’s largest insurer jumping an average of 62 percent. Other states are approving hikes of 20 to 43 percent.

HHS says cost-based federal subsidies will soften the blow for most consumers, with three-fourths of those who buy insurance from Healthcare.gov paying less than $75 per month. Tennessee’s insurance commissioner says she had to approve huge increases because high insurer claims cost would have forced them to pull out of the ACA market completely otherwise.

Meanwhile, Princeton economist Uwe Reinhardt says the federal insurance marketplaces have entered a premium-increase death spiral. Similar programs in other countries are run by non-profit insurers offering a standard package of benefits that carry harsh penalties for citizens who don’t sign up. He summarizes,

The natural business model of a private commercial insurer is to price on health status and have the flexibility to raise prices year after year. What we’ve tried to do, instead, is do community rating [where insurers can’t price on how sick or healthy an enrollee is] and couple it with a mandate. When you do this as the Swiss or Germans do, you brutally enforce the mandate. You make young people sign up and pay. But we are too chicken to do that, so we allow people to stay out by doing two things: We give them a mandate penalty that is lower than the premium. And we tell them, If you’re really sick, we’ll take care of you anyhow.

From FlyOnTheWall: “Re: American Well. Cut half its sales team, going from 10 to five.” Unverified.

I get a lot of press releases, interview offers, and sponsorship information requests from folks who work for marketing, PR, and advertising companies, but I’m embarrassed to admit that I’ve never really kept any records other than what’s in my sent emails. If you work for one of those companies and work with health IT vendor clients, enter your contact information and we’ll keep in better touch.

I was reading a Reddit about seemingly cheery pop songs that have dark lyrics about stalking, murder, and rape (both violent and statutory) that listeners fail to note. Example: Foster the People’s “Pumped Up Kicks,” to which clueless hipsters dance joyously to a whistly song about a teen planning to kill his classmates who can’t “outrun my gun.” It’s not quite as creepy as Ringo’s “Only Sixteen” or as opposite in meaning than people think about “Born in the USA,” but everybody misses it.

This week on HIStalk Connect: Honor raises $42 million to expand its home care services from California into Texas. Big data startup Innovaccer raises a $15.6 million Series A. Smart pregnancy wearable company Bloomlife will use its latest round of funding to commercialize its first product. Accolade raises a $70 million Series E.

Sensato CEO John Gomez always puts on an excellent webinar and his HIStalk-sponsored one from earlier this week was no exception. Above is the recording of “Surviving the OCR Cybersecurity & Privacy Pre-Audit.”

European regulators approve creation of a joint health IT services venture between McKesson and Blackstone. I assume that’s the JV that will take over most of McKesson’s health IT business and combine it with Blackstone-owned Change Healthcare. 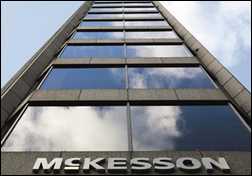 McKesson will sell its San Francisco headquarters building and lease it back, freeing up capital. The value of comparable properties suggests that the building is worth around $300 million. 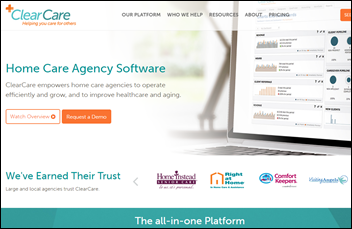 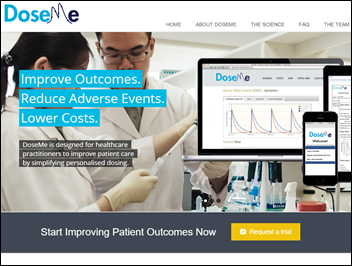 In Australia, personalized dosing software vendor DoseMe closes $2 million in Series A financing, increasing its total to $15 million. The company plans to expand to the US market and integrate its product into EHRs. 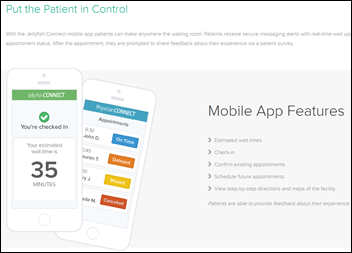 Panama City, FL-based wait time software startup Jellyfish Health will add 100 employees over the next three years. The founder, president, and CEO is industry long-timer Dave Dyell, who founded iSirona in 2008 and sold it to NantHealth in 2014. 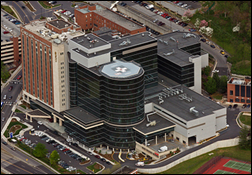 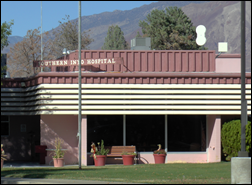 Four-bed Southern Inyo Hospital (CA) will implement the OpenVista EHR from Medsphere, which will also manage the hospital’s IT services via the company’s Phoenix Health Systems division that it acquired in April 2015. 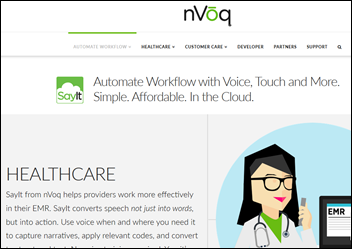 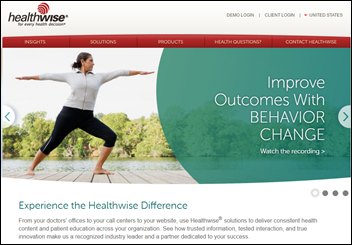 Healthwise earns Washington state certification of two of its patient decision aids as one of the first companies in the country to obtain such certification. The non-profit company offers 170 decision aids covering a variety of topics. 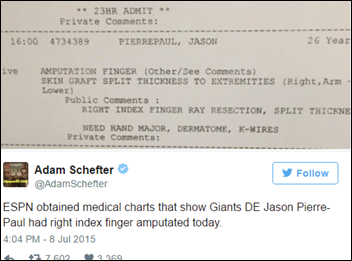 A Florida judge approves the invasion of privacy lawsuit brought against ESPN and reporter Adam Schefter by professional football player Jason Pierre-Paul, whose surgery schedule was tweeted as a photo by Schefter as part of his story involving Pierre-Paul’s loss of a finger in a July 4, 2015 fireworks accident. The judge agreed with Pierre-Paul that while his injury was a public issue, his chart was not despite Shefter’s insistence that he needed the image to prove his story. Two employees of Jackson Memorial Hospital (FL) were fired over the incident. 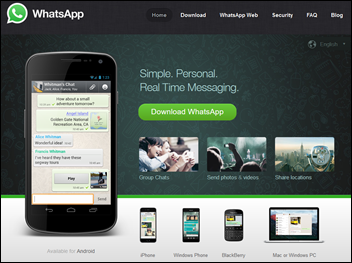 Fortune notes that nearly 90 percent of doctors in Brazil communicate using Facebook-owned, cross-platform consumer messaging app WhatsApp. It recently added end-to-end encryption that even many healthcare-specific, HIPAA-compliant apps don’t have (WhatsApp itself can’t read messages sent on its system). Facebook paid $14 billion for the company in 2014 and some experts think it could be worth up to $100 billion once Facebook monetizes it, which is already happening as Facebook just announced that it will use WhatsApp user information to target Facebook ads. 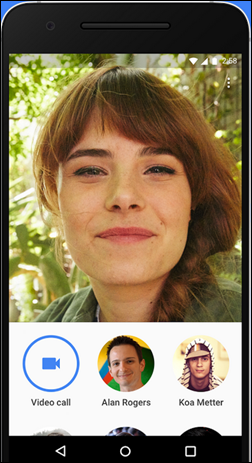 Google announces Duo, a simple, cross-platform video calling app that employs end-to-end encryption and requires only a telephone number. The Android version has been downloaded 5 million times from the Google Play store.

I wrote in July about the huge price increases and opportunistic marketing employed by Mylan Pharmaceuticals in increasing sales of allergy auto-injection EpiPen to $1.2 billion per year, fueled by jacking up the price of the decades-old drug by 500 percent, mandating sales of two-packs instead of single pens, lobbying to have the drug placed in all schools, and shortening its expiration date to one year. Hero-villain Martin Shkreli, who exposed drug pricing absurdities by raising the price of old but vital Turing Pharmaceuticals drug Daraprim by 5,000 percent just because he could, defends Mylan since they make only an eight percent profit overall. He says insurers should love paying the full $300 cost (without a patient co-pay) because it saves a $20,000 trip to the ED to get the same drug. Shkreli’s solution to unjustified generic drug prices – and it’s a pretty brilliant one — is for the federal government to create a generic drug company of its own and run it like a utility, leaving drug companies to sell only their patented drugs (he probably doesn’t even realize the benefit of fixing the never-ending hospital generic drug shortage problem). Shkreli is boyishly charming, shockingly outspoken, and ingeniously capitalistic, all prized characteristics except in the schizophrenic world of the business of healthcare where we don’t like being reminded of the enormous profits being made on the backs of those who are temporarily or permanently living the role of patient. 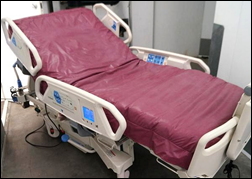 I like this poetic discussion of the fact that 75 percent of Americans want to die at home although only 25 percent actually do so because of poor planning, written by HealthLoop founder Jordan Shlain, MD:

In contradistinction to your bed, please meet the mechanical, rigid, railing-bolstered hospital bed. Comfort be damned, it is a tool designed to protect medical vessels (a.k.a. patients) from falls, or to give nurses and doctors that ability to move you up and down like a car on a jack. In essence, it’s not really a bed. It doesn’t know you, nor does it like you. It hasn’t held you for years, it isn’t lonely without you. It sees you as a place-holding slab of flesh to be manipulated — until it meets another slab … For the foreseeable future, we cannot afford to view life as a simple game of winning or losing. Rather, it’s a process with a beginning, a middle, and an end. While some people’s ‘end’ happens in the beginning, and some in the ‘middle’, the natural end deserves, at minimum, a modicum of dignity. The last place I want to wage and lose a war in my twilight moments is in the bed(lam) of a hospital. 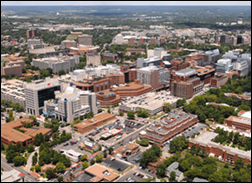 A Brookings report reviews Nashville’s ambitions to become a leader in health IT. It notes that while Vanderbilt University performs a lot of health-related research, most of it occurs outside the university’s IT department, has limited IT applicability, and generates only a small number of patents given the dollars spent. The report also notes that Nashville is second to last among peer metro areas in the number of  software developers and analysts. Brookings calls Nashville’s health IT ecosystem “thin and inconsistent” with modest venture capital investment, especially in funding beyond the B round. Brookings recommends expanding the innovation infrastructure, building the health IT skills base, and fostering the health IT innovation ecosystem. 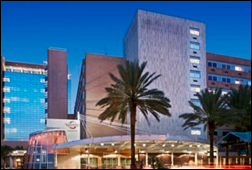 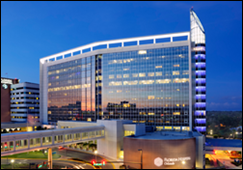 The two big Orlando hospitals announce that they won’t charge survivors of the Pulse nightclub shootings in June for the medical services they received. It’s always interesting when hospitals decide to magnanimously write off bills for high-profile patients while aggressively chasing down money owed them by less-famous ones. Few non-profits outside of our screwy healthcare non-system bill consumers directly, but those who do don’t generally brag on allowing some of them to skip paying and leaving others to fund their expansive bottom lines and million-dollar salaries.

The Pew Charitable Trusts is looking for a health IT expert to work on safety and interoperability research that includes patient matching, data standards, a national health IT safety center, and post-implementation EHR testing. 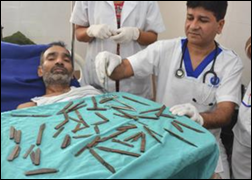 Weird News Andy says he hopes the cutting-edge surgery puts the end to the “sworded” affair of a man in India who swallowed 40 knives due to a “wild urge to consume metal” that he likened to alcohol or drug addiction. Surgeons removed the knives and suggested he eat spinach if he feels a need for iron. My first thought was whether the sight of the scalpel made his stomach rumble.