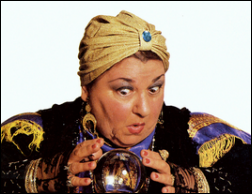 It’s not too hard to choose 2015’s big stories, but I’m annoyed by people who make obvious “predictions” that are intentionally vague enough to evade accountability, like psychics who boldly proclaim that their client will have “a change in fortune” or “family developments, some good and some bad” in hoping desperately not to lose business by being proved clearly wrong. My predictions will be specific and I’ll publicly recap them this time next year even if they make me look silly.

What are your predictions for 2016? Send them my way and I’ll list them here.