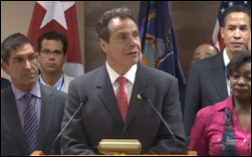 Two New York-based, healthcare-related organizations strike deals that will make them some of the first US firms to conduct business in Cuba now that sanctions have been relaxed. Roswell Park Cancer Institute (cancer research) and Infor (hospital data integration) announced their plans following a trade delegation visit this week led by New York Governor Andrew Cuomo.

I decided to follow through on looking at female representation on vendor executive teams as listed on company webpages since it came up on HIStalk last week. Companies have the incentive to hire the most qualified people regardless of demographics, but just in case you’re interested for whatever reason, here’s the percentage of females they’ve chosen.

I was reading a tweet that referred to pilot turned safety expert (and 2010 HIMSS keynoter) Sully Sullenberger as a “national hero.” The cynic in me (which has a significant presence) cringes at how we’ve devalued the term “hero” to label anyone who experiences adversity (including the randomly applied kind) rather than reserving the term for those who exhibit bravery or noble deeds in intentionally sacrificing themselves on behalf of others. Sully landed his plane safely in the Hudson River, but he was saving himself as well as his passengers. He was cool under pressure, humble, and performed the job he was being paid to do better than most would have done, but “hero” might be a stretch, just as it is when referring to athletes, victims of violence, someone who calls police to report a crime in progress, or groups that may well contain some but not all heroes (firefighters, service members, or even clinicians, for instance).

This week on HIStalk Connect: Tech-savvy health insurance newcomer Oscar Health raises a $145 million funding round on a $1.5 billion valuation in just its second year in business. Ernst & Young creates a digital maturity index focused on quantifying the sophistication of telehealth programs. Color Genomics unveils a $259 genetic screening test that looks for 19 key mutations, such as BRCA1 and BRCA2, that are known risk factors for developing breast or ovarian cancers. Gravie, a private health insurance exchange startup, raises a $12.5 million Series B to expand its presence into Texas and Illinois. 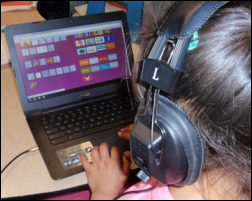 Our total now stands at $10,000 thanks to new participation from ZirMed, TransUnion Healthcare, BlueTree Network, and Orchestrate Healthcare. BlueTree Network was notable in donating $1,000 instead of the requested $500, while TransUnion Healthcare VP Patrick Gilmore missed the chance to meet with Centura SVP/CIO Dana Moore at the HIMSS conference but said he wanted to donate anyway. Dana will provide a summary of his conversations with these companies later. I’ve funded $6,656 in projects and will get the remaining $3,344 out to classrooms by this weekend.

Navicure announces a 32 increase in year-over-year sales of its billing and payment solutions.

India-based Wipro expects its healthcare business to hit $2 billion in annual revenue by 2018, double its 2015 expectations, mostly due to increased technology spending triggered by US healthcare reform. The company will target acquisitions in the $100-$200 million range, saying it passed on acquiring TriZetto (acquired by Cognizant for $2.7 billion) because of the price.

The Illinois Hospital Association will merge with the Metropolitan Chicago Healthcare Council effective January 1, meaning the state hospital association will be running an HIE (MetroChicago HIE) and insurance company.

A federal judge orders the legally prolific MyMedicalRecords to pay the defense fees of WebMD and Allscripts, which beat some of MMR’s bottomless patent infringement lawsuits after refusing to pay “licensing fees” for ubiquitous technologies. 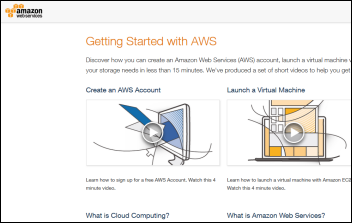 A Wall Street Journal article finds that universities (Vanderbilt, Emory, and University of Arizona) are cutting ties with their cash cow academic medical centers as their high costs threaten to exclude them from exchange-based insurance networks. 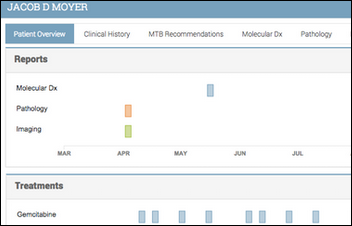 Augusta Health will use Meditech performance monitoring tools from Goliath Technologies. The company’s press release doesn’t bother to mention where its new client is located (who writes this stuff, anyway?), so I’ll take a Google-inspired guess and say Virginia.

Cerner co-founder and Chief of Innovation Paul Gorup is retiring, insiders tell me. He helped develop PathNet in the 1980s, left Cerner in 1987 to run a radio station monitoring company, then returned to Cerner in 1999 to develop its hosting business. Gorup said in a 2013 interview, when asked why Cerner succeeded in healthcare while IBM and GE fizzled, “That’s easy. What does the head of IBM get up and think about every morning? I guarantee you it’s not healthcare. Same with the head of GE. He might think about energy or finance, but not healthcare. You have to think about it 24 hours a day. It’s not a part-time business. If healthcare becomes a part of something else, you’ve lost your focus.”

A TransUnion Healthcare analysis finds that increasing healthcare expenses and lower consumer credit lines have left consumers less able to pay their medical bills than last year. A big driver of the increased patient cost involves joint replacement procedures, which are 20 percent more expensive than they were a year ago.

In Australia, the Victoria medical association calls on the state to spend $39 million to improve connectivity between hospitals and practices, hoping to at least enable delivery of discharge summaries and lab results after several expensive IT projects failed to deliver that capability.

Minnesota’s health commissioner says he’s concerned about pushback on the state’s 2008 requirement that all providers use EHRs by the end of this year. He debunks four privacy myths that are apparently the crux of the unstated opposition’s campaign.

A New York Times investigative report finds that the VA’s wait times scandal cost only three jobs vs. the 60 firings the VA claimed. One VA employee was fired for accepting gifts not directly related to wait times, one retired to avoid being fired, one is awaiting termination, and five employees were reprimanded. The VA often transfers problem employees and those who appeal their terminations can collect their paychecks for up to two years while awaiting a decision.

HHS will support three projects via its Ventures Fund: a website that allows providers to crowdsource possible new uses for existing drugs, an evaluation system for funding disaster preparedness, and a smart phone based diagnostic tool for malaria.

A Robert Wood Johnson Foundation study of personal health records finds that while consumers believe the most important information contained in PHRs is their own recorded daily observations (diet, exercise, mood, medication response), physicians usually don’t even look at them, instead turfing such review off to nurses and health coaches. The study also found that consumers think their information is valuable enough to outweigh any privacy concerns. It also concludes that demand for PHRs is surprisingly low because nobody is sure what problems they’re supposed to solve. I’ll extend my own musing: technology-powered lusting for discrete data capture and big data analysis cannot overwhelm the essential nature of the encounter, which is to listen to what the patient (and not necessarily their data points) is saying. Not everything that’s health related can be described by passively collected data dropped into convenient little buckets, and not everything that’s important will come up without skilled engagement of the “tell me how things are going” variety. My takeaway is that we need to make sure that technology enhances rather than limits the use of the patient’s own voice in the participatory guiding of their health. 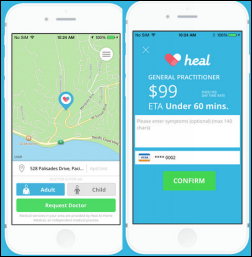 Heal releases a house call app for the Apple Watch that allows users to request a doctor visit with a single touch. Doctors equipped with mobile diagnostic apps such as the AliveCor ECG and CellScope otoscope arrive at the desired location within an hour and spend as much time as needed for a fixed fee of $99. One of Heal’s investors is Lionel Richie.

Hospitals are moving inner city hospitals to suburbs where better-paying patients live, a Kaiser Health News article reprinted in Newsweek points out. Hospitals defend the practice by saying it’s cheaper to build a new suburban hospital than to renovate a old, land-locked downtown facility, but city officials say their core areas are being medically abandoned as hospitals chase patients who have better insurance.

A study finds that 28 percent of Americans did not perform even one physical activity in 2014, increasing the “totally sedentary” number to the highest it’s been since 2007. Experts blame reduced physical education time in school and the competitive nature of school sports that leaves most students on the sidelines.

HealthLoop founder Jordan Shlain, MD says he started the company when he realized as a doctor that his mental model was wrong – inviting a patient to contact him when in need is not the same as proactively checking up on them, which he summarizes as invalidation of the “no news is good news” attitude since that means the same as “no data is good data.” He also says hospitals dehumanize their treatment failures by giving them the blame-free, dumbed-down label of “readmission.” He warns that probability-challenged people often make bad decisions in using data and algorithms as a blunt instrument without paying attention to what it means for individual patients.

An Australian blogger who built a business (including a wellness app) by claiming she cured her terminal brain cancer by diet and lifestyle alone admits that she was lying – she never had cancer. She was caught when she failed to donate $300,000 in app sales to charity as promised.

Weird News Andy titles this article as “A Rocky Experience in the OR.” A professor and facial surgeon in England loses his license after punching an anesthetized patient in the face 10 times to correct a broken cheekbone. The doctor admits that he “manually reduced the fracture” because the patient wasn’t fit for surgery, adding that doctors punch patients all the time while doing CPR. The patient is fine, while the surgeon is now offering his services in Dubai.