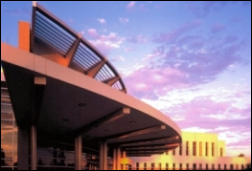 The Phoenix VA hospital that is charged with creating a secret waitlist to hid months-long treatment delays waited until the last minute to implement the electronic waitlist system whose VA rollout started in 2001. According to a former VA official, “Phoenix was one of the very last to deploy. Transition from a paper-based system to the electronic one was not handled well. From what I hear, there was a great deal of resistance from staff as well.” The electronic system was introduced to increase transparency and reduce paper-based mistakes.

From KD: “Re: Epic. I heard a rumor they will buying InterSystems. Any chance you can get the lowdown?” I haven’t heard anything and my one possible source hasn’t responded. I’m highly skeptical. Arguments for: Epic customers pay a lot for InterSystems Cache’ licenses and Epic and its customers are heavily dependent on that company as a result. Arguments against: almost everything else. The companies have been working collaboratively together for decades, their founders are billionaires and don’t need the money, Epic has never done an acquisition and that would be a huge one, and both companies generally stick to their knitting (the exception being a couple of InterSystems application acquisitions years ago.) I can’t imagine this is true.

From Lee Brother: “Re: MU Stage 2. At a conference, John Halamka says most hospitals will either apply for an exemption or quit the program completely.” That’s likely given that only four hospitals have attested so far. Running your business is more important than running after government money that comes with strings attached.

McKesson announces Q4 results: revenue up 25 percent, adjusted EPS $2.55 vs. $1.48, beating consensus estimates of both. From the conference call: 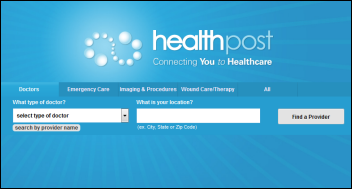 The Advisory Board Company says in its earnings call that it paid $25 million to acquire HealthPost, a physician finder and appointment scheduling site that will be rolled into the company’s Crimson analytics offerings that are used by 1,400 hospitals. HealthPost has seven employees, seven customers, $1 million in annual revenue, and is break-even on the P&L side. According to Advisory Board Chairman and CEO Robert Musslewhite,

“HealthPost is a cloud-based ambulatory scheduling solution that enables health systems to reduce referral leakage and track new patients by using it. It does it with what we felt like was a market leading SaaS technology that enables physicians and consumers to identify the right provider of care, based on certain criteria, especially in terms of geography and it makes it a very easy one-click appointment booking experience for either the provider or the patient. So we’re excited about it. In terms of how we’re going to roll it out, it’s still TBD. I imagine we will have a program launch coming from it, then more news on that down the line. But your question — as your question indicate, its certainly very complimentary to a lot of the works that we do in Crimson Market Advantage and with our MRS acquisition from last summer.” 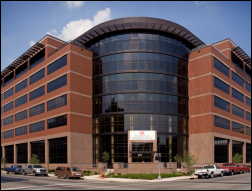 University of Louisville Physicians (KY) selects Shareable Ink’s Anesthesia Cloud and ShareMU for 45 of its providers across 20 operating rooms. 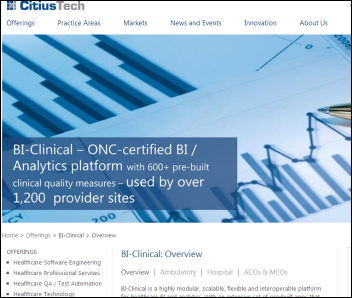 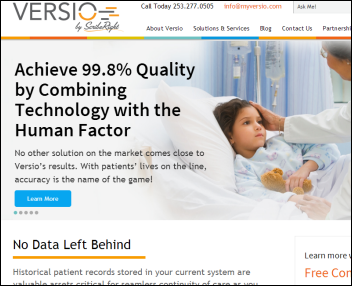 Nominations are open through Thursday for Mosby’s Superheroes of Nursing contest.

EClinicalWorks says that more than half (580 of 1,147) of Federally Qualified Health Centers use its products, four of them being Davies winners. 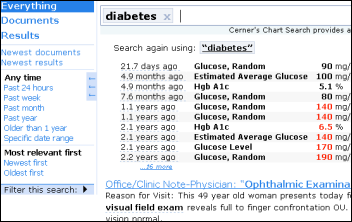 Cerner’s community health work in Nevada, MO is profiled in the Kansas City paper, which points out that the healthcare IT market is maturing and the project can help generate consulting revenue for Cerner and enhancement of its Healthe Intent population health management software. According to Cerner’s population health VP, “It’s in the DNA of our company to have the vision and passion to fix what’s broken in health care. We’ve solved the data problem. Now, it’s not about what the doctor does. It’s about what the individual does.” According to an analyst of the all-important stock market, “Other than goodwill with the client, I’m not sure how they get paid for thinking about real-world population management.” The Healthe Intent system is running at two hospitals, one in Chicago and another in Vancouver, with a third to be announced. 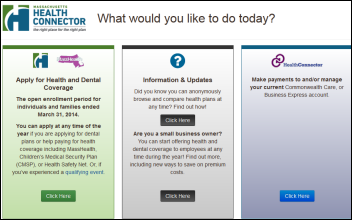 The Massachusetts Health Connector health insurance exchange failed because the three state agencies involved didn’t communicate with each other, according to a board member of the $57 million site, which the state will be replacing. "There wasn’t a single point of management. It was poorly set up and it was this horrible combination where the contractor [CGI] would get different orders and would do none of them." 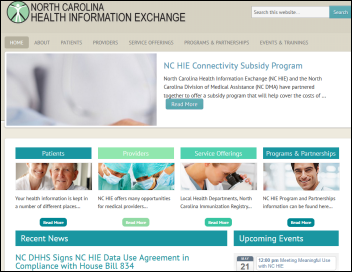 North Carolina’s HHS signs a data use agreement with the NCHIE as part of a House bill that requires hospitals to submit the demographic and clinical data of Medicaid patients to the HIE, allowing DHHS to monitor services and patient safety.

Researchers develop a smartphone app that analyzes the voice tone of callers with bipolar disorder to provide an early warning of mood changes.

The SVP/MD of medicine and technology of medical device maker Medtronic says the company’s biggest competitor won’t be current players, but rather “will be Google. I am certain of it.” He cites Google’s $8 billion annual R&D budget and its recent work on a smart contact lens that can measure glucose levels. He adds about healthcare, "It’s where the money is. We’re spending 18 percent of the GDP on healthcare. Why wouldn’t they think that’s where they want to be? We spend more on healthcare than we do on manufacturing in the US, so everybody thinks it’s their destiny.”

Venture capitalist Beth Seidenberg, MD of Kleiner Perkins Caufield & Byers offers advice for entrepreneurs trying to get a foothold in the tricky world of digital health:

Confused about “correlation” vs. “causation” when a shoddily created study claims that Event A must have caused Event B because they happened together? See the chart above from a website devoted to ridiculous examples of “Spurious Correlations.” 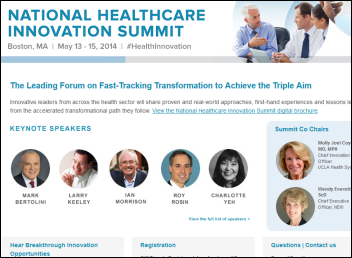 It seems there’s a national healthcare IT conference every week, and despite claims that everybody in healthcare is struggling financially, somehow those conference rooms (and $300 hotel rooms) keep filling up with attendees. I suspect many of those attendees just keep popping up at one conference or another since I don’t know many working people who have the travel budget and time off to support endless conference attendance. One conference I hadn’t heard of is running now: the National Healthcare Innovation Summit in Boston. It’s put together by HIMSS, apparently, since membership gets you a $700 discount on the $1,095 registration fee and the browser’s tab title is “HIMSS Innovation Summit.”

Amazing how whiny ppl are about "burden" of MU requirements. Seriously? Too bad, govt will likely cave. Sorry patients!


Above is a tweet from Microsoft HealthVault GM Sean Nolan, who says Meaningful Use complainers are “whiny.”

Financially struggling Cochise Regional Hospital (AZ) is fined for violating its license by not providing surgical services for two years, last cleaning its operating rooms in July 2012. The 25-bed hospital says part of its correction plan is to spend $2 million on an EHR. Its website touts its advanced technology from Empower Systems, which I’ve only mentioned once in HIStalk, in 2011 when the company’s CEO quit.

A report finds that at least 15 hospital executives in Connecticut were paid more than $1 million last year, including six from Yale New Haven Hospital alone. The VP of psychiatry at Hartford Hospital made $3.24 million.

The UPMC employee who sued her employer for a data breach drops payroll processor Ultimate Software Group from her suit, saying she was mistaken in thinking that UPMC used its services. 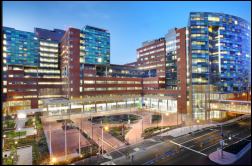 Johns Hopkins School of Nursing offers a free, five-week course (known as a MOOC, or massive, online course) on “The Science of Safety in Healthcare” starting June 2. Pay $39 and you get a certificate; add another $60 for CNE hours. Peter Pronovost is one of the instructors. 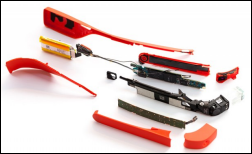 Two tear-down analyses of Google Glass find that the $1,500 gadget contains either $80 or $152 worth of parts.

Weird News Andy questions, “Dim bulbs or bright lights?” Two British doctors refuse to use energy-saving light bulbs in their homes and instead stocked up on the obsolete incandescent types. One claims the bulbs cause sunburn-type damage over time, while the other worries about the possibility of cataracts and macular degeneration.