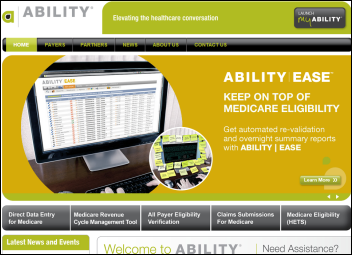 Minneapolis-based Medicare billing technology vendor Ability Network (formerly VIsionShare) will receive a $550 million strategic investment from Summit Partners. The company characterizes the investment as a recapitalization rather than an outright sale. CEO Mark Briggs has spent time with Carefx, NaviNet, and QuadraMed. 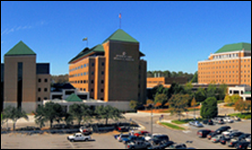 From Smartfood99: “Re: Meditech. First it was a 400+ hospital in NJ, now an even larger academic hospital in GA. Does Epic not control this space any more?” Phoebe Putney Hospital (GA) will upgrade from Meditech Client/Server to Meditech 6.1, with the 691-bed hospital choosing that system because of its integration and lower cost of ownership. It would be fun to talk to someone there to find out what Epic and Cerner put on the table. 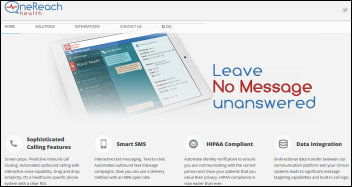 From Chris: “Re: OneReach Health. What do you hear about them?” Chris is a hospital guy and not a company shill, so I took a look. The Denver-based company offers Web-based VoIP phone solutions: inbound IVR-powered call management, text messaging, appointment confirmation, reminders, smart inbound call routing based on previous calls, and integration with EHRs. They were in the Startup Showcase at the HIMSS conference. That’s all I know.

From Reluctant Epic User: “Re: eating your own dog food. I don’t see us doing that in my own IT shop. On the desktop side, we give our users a poorly configured, un-optimized desktop image and strip them of administrative rights so the machine that they have to use each day is so locked down it becomes unusable. Outside of the IT shop, the majority of us get our healthcare elsewhere, too.  IT users should be forced to use the same desktop image as everyone else. I would be curious to hear if others are attempting any sort of dogfooding.” I’ve often railed against IT shops that lock down PCs without regard to individual user expertise, solely to reduce  support desk calls, with IT and usually the finance departments being exempt. Readers are welcome to chime in – do IT department users get treated the same as the rank and file whose technology they oversee?

From For Real: “Re: [PM / EHR /secure email vendor name omitted]. Word is they are finished. Layoffs and not paying vendors. No loss to the industry.” Shares dropped 23 percent Tuesday to $0.01, valuing the company at $6.5 million. For the last fiscal year, it reported revenue of $106,000 and a net loss of $7.2 million. As a comment on a stock message board questions, “Why does this thing even trade?” I omitted its name because it’s publicly traded, although at a penny a share nobody probably cares much.

From Dim-Sum: “Re: Defense Department EHR. DHMSM is rounding out their final RFI, but the DoD is wondering, ‘Did we ask the right questions?’ Vendors are scratching their heads wondering what am they are signing up for, and where is the ‘assumptions’ section? Do COTS vendors really want to sift through almost synchronized-archaic pre-Aramaic scribe data from CHCS – CHCS II, and AHLTA? Do they know the agony of making AHLTA data useful? Could the incumbent purveyor of AHLTA actually spell ONTOLOGY?  You are going to have to embrace the pain of migration and conversion. If you think that is bad, wait until you meet ‘Mr. MODS’ (Military Operational Deployment System) designed by a firm that cannot spell HealthKare. Rumor has it that the DoD wants to consolidate the solutions from Air Force, Army and Navy. As the SIs finalize their wooing of COTS vendors, we wonder will CSC announce that they are partnering with an outfit from Overland Park, KS? Will Leidos keep searching for a tenable partner or are they running on the fear that they may lose the re-compete? I guess Accenture and Leidos are not sure if they want to go to the prom together? Will IBM convince the DoD that once in for all a hardware company can install ‘Badger State’ software? Could anyone have predicted that the incumbent would have bowed out after a few phone calls to HCA Healthcare references? Where did McKesson go? Did the Allscripts Eclipsys ever come to fruition? Is it true that the Greek Goddess of Wisdom, Warfare, Divine Intelligence, and Service Oriented Architecture actually find their acute companion in Malvern, PA? And what about the VistA cult? Expect the RFP to drop Q4 2014 and your dreams should resonate on Q3/Q4 2015 when the prize will be rewarded to the team that approaches DHMSM from a practical, methodical, and sound technological foundation (as well as a sense of humor.)” 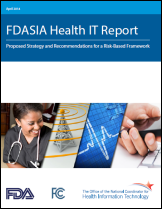 From FDASIA Work Group Member: “Re: FDASIA report. I’m not sure it’s fair to describe the work group members as pro-vendor. Much of the discussion was about increased regulation in certain domains, but unfortunately due to time limits, that didn’t make it into the report because we couldn’t come to agreement on what that would look like. I would have guessed the FDA would have regulated more given our discussion, but they also have to consider how practical enforcement would be as well as politics.”

From Epic Consultant: “Re: Epic post-live problems. I have worked with four relatively large places with consistent themes of failures in physician productivity, poor revenue cycle performance, and inability to manage patient navigation. It’s not news that later adopters are having issues given the sheer number of installed clients, but for every vendor that got to be Epic’s size, there was a rise in post-live problems where productivity never made it back to the baseline. I’m not sure if this is a general trend.” Readers are welcome to describe their experience.

From Graham Grieve: “Re: CDA security issues. Readers might be interested.” HL7-provided style sheets that display C-CDA documents have made 2014 Certified EHRs vulnerable to attacks from maliciously composed documents, according to ONC’s SMART project. If you are a vendor of a Web-based EHR, you should pay attention.

I learned something from this recent YouTube video about Validic that I found: Mark Cuban is an investor and talked up the company at SXSW a few weeks ago.

A tweet from an attendee of a healthcare marketing conference says that a survey by Agency Ten22 found that HIStalk is the most-read blog of hospital C-suite readers. Thanks if you are one of them.

Listening: new from Austin, TX-based Ume, a female-led melodic, guitar-heavy rock band (they sound a bit like Metric) that should be wildly popular but isn’t. 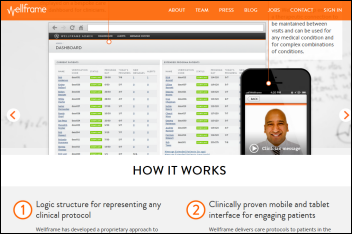 Allscripts CEO Paul Black made 22 percent less income in 2013 than in 2012 because he didn’t earn a bonus, giving him $7.1 million in compensation for the year. CFO Richard Poulton’s total compensation was $3.9 million.

Trace Devanny joins Nuance Communications as president of the company’s healthcare division after spending 30 months as chairman and CEO of TriZetto, leaving that company a month after it relocated its headquarters to Colorado.

Quest Diagnostics launches the MyQuest by Care 360 portal to provide patients direct access to their lab test reports. The release coincides with a federal rule going into effect this week that allows patients to view test results without physician approval.

Nine health systems and medical groups will adopt the OpenNotes movement in making clinician notes available to their patients Washington and Oregon, including Kaiser Permanente Northwest, which starting providing its information to members on Tuesday. 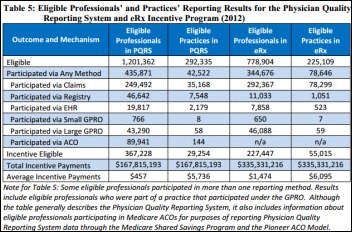 Lexicode, Anthelio, and KForce earn the top overall performance scores in a KLAS report on outsourced coding. Two-thirds of providers say they plan to keep or expand their current service. 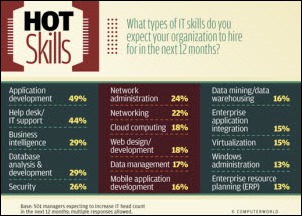 A Computerworld IT salary survey finds that application development is the most sought-after skill in the IT world, followed by help desk and IT support. In 2013, IT salaries grew 2.1 percent and bonuses increased less than one percent. 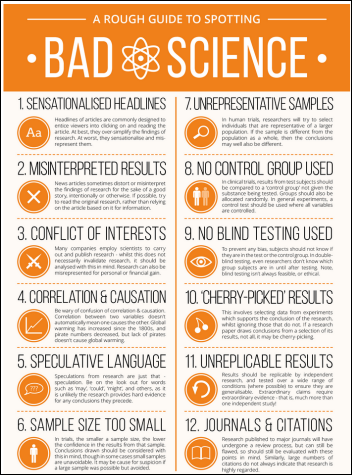 I love this list of things to look for before trusting the conclusions of an article or survey. Pay attention to these and you’ll ignore nearly every loudly trumpeted study or survey that earn simplistic headlines from sites too lazy to read beyond the executive summary:

A low-income clinic requests that commissioners of  Durham County, NC give it $1 million to pay for an Epic implementation, with Duke University Health System offering to pick up the remaining tab of the $2 million project. Commissioners were surprised that the money was requested immediately in preparation for an implementation and go-live in three months. 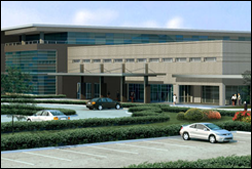 Crain’s New York Business reports that for former CEO of Barnabas Health (NJ) was paid $22 million when he retired in 2012, while the CEO of Atlantic Health made $10 million in the same year.

Beth Israel Deaconess Medical Center (MA) launches a pilot project in which it will share clinician notes with psychiatric patients,

Weird News Andy calls this article “New Organs from Old,” suggesting its use for giving a diabetic patient a new pancreas or a CIO a new liver. Stem cell scientists rebuild a functional mouse thymus by reversing age-relating shrinking.