Cerner shares hit a 52-week high Tuesday following announcement of a partnership with Wolters Kluwer Health to develop a physician documentation system using Provation Clinic Note content with Cerner Millennium. CERN shares are up 52 percent in the past year, with the company’s market cap now at $19 billion.

From Veteran: “Re: insurance marketplace. I take it all back. This really is a disaster. A New York Times article this weekend chronicled a whole series of issues going back months, not the least of which was HHS’s decision to project manage this themselves when they (and everyone else) knew they had neither the expertise nor the experience. Hope this doesn’t set health reform back years.” Veteran (and a few others) were critical of my comment that the opening day of the insurance marketplace was a “failure” because I was unable to access the system. According to the Times, insiders were aware of the system flaws long before the launch, but because of political concerns, continued with the original timeline. By one estimate the project is now about 70 percent of the way toward operating properly, but the time frame for completion could be anywhere from two weeks to a couple of months. Apparently I am just one of a few thousand people who have opted to wait a few weeks before making additional attempts to enroll.

From CA/DC Fellow: “Re: failed health insurance exchange site. Will US CTO Todd Park take the fall?” Healthcare.gov is a high-profile political embarrassment. In politics and government, someone has to be lynched publicly to appease the press. Todd was sent out to try unsuccessfully to talk around the situation, which I think puts him at risk. Sebelius would toss him overboard in a second to save her image. Nobody ever blames the contractors since it was someone’s job to manage them. 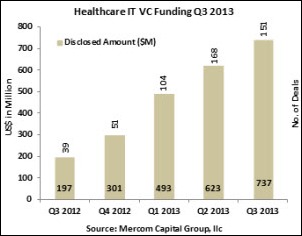 A report predicts that HIT funding will double over last year thanks to the implementation of the ACA and HITECH. Venture capitalists invested $737 million in 51 deals during the third quarter, compared to $623 million in 168 deals a year ago.

CareCloud CEO Albert Santalo tells the Boston Business Journal that his company may launch an IPO next year.

Medfusion rebrands its recently reacquired Inuit Health patient portal technology back to its original name and adds Vern Davenport (formerly of MModal) and Buck Goldstein (UNC Chapel Hill) to its board. 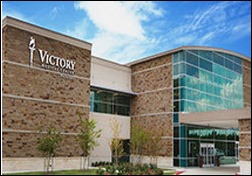 Optum and Dignity Health introduce Optum360, a new company that will address the back office functions of healthcare systems. 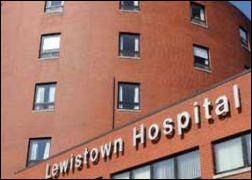 The VA names Health eTime the winner of its medical appointment scheduling competition and a $1.8 million prize. The open source app allows veterans to schedule visits across VA locations and gives VA providers the ability to share appointments with the personal digital calendars of veterans.

A Pittsburgh Tribune-Review investigation finds that the VA is one of the largest violators of health privacy laws. From 2010 to May 31, 2013, VA workers or contractors committed 14,215 privacy violations at 167 facilities that victimized at least 101,018 veterans and 551 VA employees. Violations included postings of anatomy on social media sites and identities stolen to create fraudulent credit cards.

CEOs of hospitals with high levels of advanced technologic capabilities earn an average of $135,862 more than hospitals with low levels of technology, according to a study published in JAMA Internal Medicine. Hospitals with high performance on patient satisfaction also compensated their CEOs more, but no association was found between CEO pay and processes of care, patient outcomes, or community benefit. Based on the findings, researchers suggest that hospital boards place more emphasis on quality when setting compensation.

Two graduate students in Israel develop a computerized system for diagnosing Parkinson’s disease consistently. The patient performs specific movements in front of a 3-D depth camera, whose data is the analyzed by computer to determine a diagnosis with 94 percent accuracy.

Encore earns top scores in a KLAS report on go-live support vendors. Santa Rosa Consulting was recognized for having the most engagements overall, followed by Encore and ESD.

The Carolina eHealth Alliance (SC) reports that the four hospital systems participating in its electronic exchange network saved more than $1 million over a 12-month period by reducing unnecessary admissions and redundant procedures.

An article in Medical Marketing & Media says that mobile devices are yesterday’s news for marketing drugs to physicians, concluding that “EHRs will become the dominant context for physicians” in promoting drugs at the time of e-prescribing. However, it warns that overly aggressive drug promotion could lead to regulation. A drug company spokesperson predicts  consolidation of the EHR industry, saying “a relative few will own the space and will own the access” for drug companies to promote their products as part of physician workflow. Drug companies are doing away with traditional field reps for product promotion. 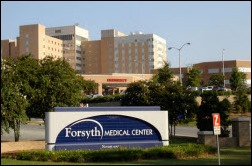 The local newspaper writes up Novant Health (NC), which earned HIMSS Stage 7 EMRAM last week for its $600 million Epic implementation, which Novant says it finished three years ahead of schedule and under budget.