From Karen: “Re: Meaningful Use: Doctors Have No Choice. Written by my husband, but still true!” Jim O’Connor, MD of MDcohort makes the argument that Meaningful Use isn’t as voluntary as it sounds, offering as evidence: (a) CMS will start imposing penalties on EMR non-users in 2015; (b) private insurers will tie MU to their P4P programs; (c) MU will apparently be made a requirement for renewal of board certification; (d) states can impose their own penalties, possibly even requiring MU for medical license renewal.

Ed Marx has a lot of fans here, so if you want to read more from him, he has posted a special article about his relationship with his daughter on Texas Health Moms, a site managed by his employer, Texas Health Resources.

Listening: new from Guster, which I’ve mentioned before. Solid, harmony-driven alt-pop (kind of R.E.M.-y to me), but they’re also funny: they enlist fans to sell CDs and sometimes open their own shows in disguise. If you’ve heard any of their stuff, it was probably Satellite.

Timing is everything: just after Aurora Health Care (WI) announces plans to eliminate 175 jobs in a cost-cutting effort, the press gets wind of the $8.2 million its former COO was paid upon his retirement last year. They make the standard excuses (accrued benefits, they have to compete with for-profits anxious to hire away executives who have spent their entire lives in healthcare, etc.) but I note that they paid the CIO $739K and the CEO got over $2 million according to their most recent tax filings. They have 30,000 employees, so maybe that seems reasonable by inflated non-profit salary standards these days. We may suck at population health in this country, but we lead the world in the executive-to-grunt compensation ratio.

The Aurora guy, who wasn’t even the CEO, made even more than Cerner CEO Neal Patterson, who took home $3.3 million in 2009, a little less than he made in both 2007 and 2008. And speaking of Neal, I’m clearly not at his level of business acumen because this just seems weird: he and Cliff have renamed their soccer team from the Kansas City Wizards to Sporting Kansas City. They’re doing some kind of membership thing, apparently, but that name sure make a weird fan cheer. 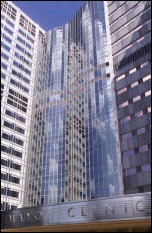 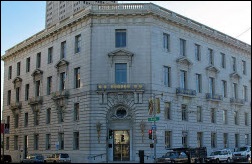 A New York Times article describes the problems San Francisco Department of Public Health is having with its $11.2 million Avatar EMR from Netsmart. Conversion problems caused delays in Medi-Cal payments to individual therapists and some therapists and social workers are complaining that using the software is eating into time for patient care. A post-implementation audit showed that mental health services volume dropped by 55% and substance abuse by 32%, with the deputy financial officer concluding that, “It’s pretty clear none are getting Avatar.” A social worker agreed: “This is not the job we accepted when we chose to do clinical work for the city.”

Strange: a Walmart pharmacist is disciplined by the Maine regulatory board for dispensing zolpidem instead of Zoloft to a patient. Before his own drugstore went bankrupt, he was also found to have overbilled the state by $1.6 million. The odd part: he’s a state representative in line to become the next speaker of the House.

In Australia, iSoft misses the deadline to reorganize its loans, triggering higher interest rates that may force the company to sell assets. Shares are down 88% for the year, currently at 9 cents, with market cap under $100 million. The company’s annual shareholder meeting is in a couple of weeks, which should be a blast. 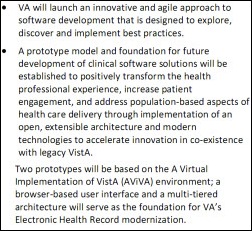 The VA will develop two prototypes of Aviva, a virtual implementation of its VistA system and its apparent replacement, according to its just-released Fiscal Year 2010 Performance and Accountability Report. I thought they already had demonstrated the prototype earlier this year, but maybe this is something new.

Verizon will offer free credentials to providers in starting in January that will allow access to its Verizon Medical Data Exchange. It offers a provider portal, a secure inbox, and connections to the Verizon Health Information Exchange.

From MrSoul: “Re: Kindle It. Encourage your readers to tell the publisher of Connected for Health to publish in Kindle so we can read it on our iDevices! There is a link on Amazon to do just that and then they can have this great resource always on hand.” I would think a book like this would already be in digital format!

West Penn Allegheny Health System selects athenahealth’s RCM service for its 600-doctor physician organization. They are apparently replacing GE’s RCM product. On the EHR side, they use Allscripts.

CMS says the error rate for Medicare fee-for-service claims in 2010 dropped to 10.5%, or $34.3 billion in estimated improper claims payment. That’s down from 2009’s $35.4 billion in payment errors. I guess we should all be thrilled that CMS is getting better, but I am stuck thinking about all the better ways that $34.3 billion could have been spent.

The Stone Center of New Jersey IPA signs a 15-month contract with iMedicor to connect its 120 urologists into iMedicor’s National Health Communications Network.

Central Maine Healthcare eliminates 20 jobs as a result of outsourcing its medical transcription to Precyse Solutions. Precsyse offered positions to all 20 employees, though only 10 accepted. The move to outsourced transcription is part of a $11 million cost-cutting initiative.

The Indian Health Service (IHS) commits to a $3.3 million contract with Orchestrate Healthcare and Vangent to plan, implement, and support the national deployment of the IHS HIE, enterprise MPI, and NHIN capability. Vangent’s HIEOS open source software will be used to establish connectivity between IHS facilities and the NHIN.

Miami-Dade County Commissions tell Jackson Health System to cut ties with the company handling its international marketing after a recent report details excess spending for such things as flowers and birthday cakes ($7,000), local meals ($37,000), and limo rides ($12,000).  An additional $6,000 was spent on a Royal Caribbean cruise for five of the marketing firm’s senior executives and their families. Foundation Health Services was the organization handling the health system’s international marketing efforts. It’s a not-for-profit, so I guess the execs had to get their perks from somewhere. 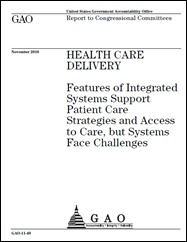 A study of 15 IDNs leads the Government Accountability Office to declare that EHRs can improve the quality of healthcare, making patient information more readily available and improving communication and coordination between providers. Providers still face challenges in terms of maximizing their use of EHRs, including limitations on sharing patient records outside their health system.

New on HIStalk Practice this week: 15 HIT vendor execs share what their company is doing to help physicians qualify for Meaningful Use. Evan Steele of SRSsoft provides commentary on the Meaningful Use challenges for specialists. Fun details on the eClinicalWorks national user conference, including a party pic with a uniquely attired CEO Garish Navani. And, the EHRevent patient safety reporting system. There’s a bunch of other good stuff as well, none of which you will find on HIStalk. Make sure you remain smarter than your co-workers and take a read.

"But Inga,” you say. “I’m too busy, just give me the highlights.” For grins and because I believe it’s important stuff, here’s a short summary of what the HIT vendor execs had to say about helping providers reach Meaningful Use: 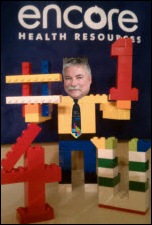