From Capillary: “Re: Allscripts. The CEO announced last week on the earnings call that the company was chosen by the Indiana REC, but the selections have been announced and Allscripts was left off. Anyone know what happened?” Allscripts confirms that you are correct. They have apologized to the REC for the unintentional miscommunication. The vendors chosen by the Indiana HITEC as appropriate for small and rural providers are athenahealth, iSALUS, and MDLand.

From UK Watcher: “Re: Aspira. Aspira is/was the UK feeder to IntelleHealth/iCapital, the consulting entity working some of the Cerner projects in the Middle East. Many of the recruits that they had secured in the UK were from Cerner UK and had been moved to the ME anyway. Will be interesting to see what happens to their tax-free and prior negotiated packages with the ‘new’ boss.”

From Privacy NOT: “Re: security breach. The Achilles right heel of HIT is failed privacy. The Achilles left heel of HIT is failed safety and efficacy. The rotator cuff tear of HIT is failed usability.” I don’t know about all of that, but it was in response to news of a stolen laptop from Thomas Jefferson University Hospital in June. The laptop was password-protected, but was not encrypted (I swear the hospital laptop encryption rate must be even lower than CPOE adoption, but in this case, it the employee’s personal laptop and storing PHI on it violated hospital policy). Laptops apparently aren’t encrypted at Texas Children’s Hospital either, as the hospital admits after the theft of a doctor’s laptop containing patient information.

From Smart Room Needed Here: “Re: UPMC. Hospitals should get their employees to watch the monitors.” A patient’s family sues UPMC Mercy Hospital, claiming he suffered permanent brain damage after choking on a clogged tracheotomy tube for 40 minutes before ICU nurses answered the cardiac monitor alarm. And in other UPMC news, it creates a VP of community relations position for a state senator who’s quitting. The closed UPMC Braddock Hospital is in his district, leading an official with Save Our Community Hospitals to state, “… Sen. Logan worked to ensure UPMC’s objective of closing and demolishing the hospital. Now we know why. Mr. Logan has received his ’30 pieces of silver’ as payoff for his work on UPMC’s behalf.”

A reader asked me to put together a list of some of the music I’ve recommended over the years, so I compiled and posted a list here. And in digging back through those archives, I dug up an old favorite to revisit: Nine Black Alps, hard rocking Brits.

As hospitals issue press releases congratulating themselves on being Most Wired, most HIStalk readers think awards of that type mean nothing, while the majority of the remainder think they’re just self-promotion for magazines and CIOs. New poll to your right: will state HIEs be viable once their stimulus money has been spent?

Speaking of Most Wired, AHA says the criteria have been toughened up, requiring hospitals to at least claim (on the self-reporting survey) that they are actually using technology. So, if you are among the Most Wired skeptics who think it means nothing, imagine what it was like before (those old and now-suspect awards still pepper CIO resumes, I’m certain). If this were an art contest, it has gone from (a) who owns the most paintbrushes, to (b) who uses the most paintbrushes, but is still far short of actually evaluating (c) whose painting is the best and whether having the most paintbrushes made any difference. I was in charge of completing the survey for a Most Wired hospital for several years (I have a Most Wired Winner shirt somewhere) and even my hospital made fun of it given our hopelessly outdated and seldom-used clinical systems back then. I suspect that we and our fellow award-seekers were as optimistic as a vendor’s RFP department in our responses.

Are patients better off in a Most Wired hospital and can it be proved that the technology is responsible? No on both counts.  As I always say, if you are a good hospital, judiciously deployed IT can make you a little bit better. If you’re a bad hospital, all the technology in the world probably won’t help you improve (and may well increase your level of suckitude). If you are marginal, you might see improvement, but I wouldn’t count on it.

The folks at FierceHealthIT and I are swapping links for a few weeks, so you’ll see their headlines to your right and mine on their site. It’s a trial to see if we send each other readers. If not, we call the experiment quits.

Scott Storrer is ousted as CEO of MEDecision, replaced after just eight months by un-retiring founder David St. Clair (above) until a permanent replacement is named in six months or so. David’s blog entry on the subject is here.

A reader sent over workshop documents from a July 27-28 invitation-only meeting involving the Institute of Medicine and ONC, addressing the role of technology in continuous healthcare improvement. Some of the issues discussed: what can IT do to improve health and healthcare by 2020, what are the rate-limiting issues, how can data be used, how can innovation be fostered, how can healthcare cost be reduced by technology, how can disease management be improved by technology, how can consumers be engaged, and how can a global public network be created? Some familiar names were on the participant list: Molly Coye, Bill Bria, Mark Frisse, John Halamka, Rob Kolodner, Marc Probst, Stephanie Reel, and Paul Tang (familiar names not on the list were yours and mine).

UMass Memorial Health Care will announce Monday that it has chosen the Symedical terminology management and interoperability tool from Clinical Architecture to create a central data repository with a single terminology set.

McKesson’s Q1 numbers: revenue up 3%, EPS $1.10 vs. $1.06. My interpretation of nuggets from the call transcript: (a) Health Solutions and RelayHealth did fine; (b) Provider Technologies (the hospital technology part) underperformed, with revenue growth slowing to just 2% and profit down 7%; (c) they’re spending a lot of money on Horizon Clinicals and Horizon Enterprise Revenue Management, taking an $8 million accounting hit on HERM amortization during the most recent quarter alone; (d) John Hammergren says the company is interested in global acquisitions, but is often named just to increase the price that someone else eventually pays; (e) MCK isn’t seeing an increase in technology purchases by physician practices, but Hammergren says it’s because those practices aren’t yet paying attention to HITECH; (f) the company is confident that its products can get providers to Meaningful Use. My cheap seats analysis: Horizon Clinicals and HERM are struggling, which is hardly news other than it’s McKesson saying so (indirectly).

HHS withdraws HITECH’s breach notification final rule after reviewing the public comments. Organizations involved in a privacy breach would have been allowed to decide on their own whether to notify patients or just keep them secret. That’s significant given that the rule had already gone to OMB. A replacement rule will be issued “in the coming months.”

DrLyle weighs in on Meaningful Use on HIStalk Practice. A snip: “To correctly measure many of these details (e.g. give clinical summary to 50% of those who ask) we would need to figure out a way to keep track of who ‘asks’. That seems like a strange request for structured data and certainly should not be what a doctor is spending his time doing.”

TriHealth and University of Cincinnati will spend up to $100 million each on clinical systems, with Epic being a candidate in both (I’d say shoo-in given that TriHealth already uses Epic in its physician practices). Also named as local hospitals bringing up Epic and spending more than $50 million each to do so: Mercy Health Partners, Cincinnati Children’s, Christ Hospital, and St. Elizabeth. 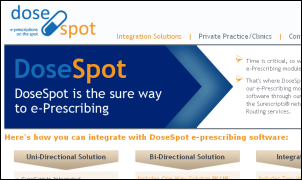 A senior at University of Maryland who created the DoseSpot electronic prescribing system is named a finalist for an entrepreneur award.

Doctors and nurses in Thailand wear black lab coats to protest a draft law that would allow patients to be immediately compensated for medical malpractice from a special fund. A medical union representative says, “It means our staff would have to be extra careful during work, which would decrease efficiency.” 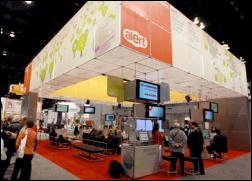 An Alaska clinic becomes the first US site to use ALERT Clinic software, which I assume is from the Portugal-based ALERT that made a mini-splash a couple of years ago at HIMSS (I think I recall cute booth staff in red-striped white jumpsuits, but I could be wrong), then seemed to disappear without a trace. Everybody (me included) was impressed by what we saw, so I don’t know what happened. I pegged them as a hot new entrant.

A hospital employee is fired for posting a Facebook comment about the suspected killer of a police officer that she treated, saying she hoped he rotted in hell. The hospital said she violated HIPAA even though she didn’t mention the name of the suspect or her hospital.

Hospitals in Victoria, Australia will arm 500 doctors and nurses with iPads in a pilot program.

Boy Scouts at this year’s Jamboree at Fort A.P. Hill, Virginia have access to AT&T WiFi and a wireless EMR system used by its 20 medical centers and team of EMTs. Next thing you know they’ll be using a GPS to track snipe.