From Ex-Cerner Guy: “Re: FirstNet. I am loath to come to the defense of my ex-employer, but ED/ER applications feeding an EMR are notoriously difficult to successfully rollout. It’s the nature of the ED physician. He does not care about generating a record for the floor or medical records — he cares about triage / diagnosis / treatment / discharge-or-admit-floor, with those words quickly strung together. It’s about treatment and discharge. And cost does not enter the picture. Ever. We NEVER won a deal with FirstNet as the ‘entry’ product — it was an add-on or check-the-box application. Did they not look at any of the other vendors? There are so many good small shops making great product. $1M for a report writer for about 200 facilities seems like a pretty good deal, so that number might be off a bit.  If they really received Report Writer for all users and facilities for $1M, they need to ease up.”

From Clint Gristwood: “Re: HIPAA firings. What do you think the over/under is on HIPAA-related firings or reprimands at Health Central Hospital in Ocoee for unauthorized access to Tiger Woods’ medical records?” I think the odds that employees have already peeked are 100%. The odds they will be caught and/or disciplined is 20%, even though the hospital will be watching. It’s a 141-bed facility and I have slight familiarity with IT there, so I don’t know how sophisticated their systems are with regard to role-based security and access monitoring. The tabloids would pay big bucks for copies. The Florida Highway Patrol was considering asking Health Central for the records, but it sounds like they’ll just write Woods a $164 reckless driving ticket and be done with it (I’m pretty sure he can afford it). Imagine the eBay price for the golf club his wife was supposedly beating him and his car with.

From LE: “Re: Siemens. I applied for a job there six weeks ago and there were many US jobs listed, over 100 I’m sure. Now, mysteriously, there are only nine internships listed.” 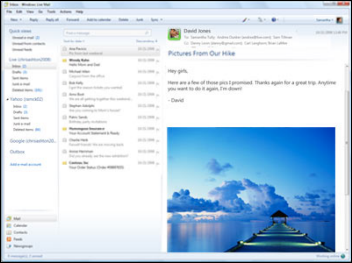 From Inside Outsider: “Re: two doors. I agree, but only because this is radiology we’re talking about. Now, if this practice ever gets pushed through to more emergency healthcare — the extreme example being the ER — then I might begin to disagree. Those that come in the common man’s door are not sacrificing their healthcare; they are sacrificing time and amenities. Let’s hope it doesn’t get to the point where Mr. Bigbucks gets priority in the ER and Mr. Littlepennies suffers grave consequences because of it.”

From Certifiable: “Re: stolen identity. Patient at St. Anthony Hospital (IN) had identity stolen. Got bills in the mail for phones shipped overseas, ordered via Sprint. Patient suspected hospital system, hospital would not talk to her until Sprint got involved.”

Thanks to Barbara, a former Sarasota Memorial Hospital employee who set me straight on the Eclipsys announcement that the 50 millionth order had been entered in Sunrise there. It’s true: SMH was not a TDS user and all 50 million orders were entered into Sunrise, which is pretty darned amazing (that’s around 12,500 orders per day for 11 years). I don’t know what made me agree with the reader’s TDS comment since I remember when SMH signed on originally. 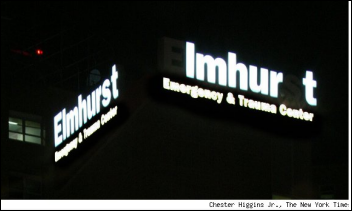 Weird News Andy likes this picture, the result of burned out light bulbs at a New York hospital’s ED. He also noticed this sad ED story, in which a school counselor waiting in a hospital ED’s waiting room was robbed by three homeless addicts there, dying of a heart attack immediately afterward without ever getting to see the triage nurse despite having waited for 80 minutes. Aria Health had no comment, but the whole event was captured on surveillance video. It seems like every horrifically negligent patient care issue in EDs and nursing homes is recorded on security cameras, making you wonder if maybe they shouldn’t pay someone to watch the monitor in real time.

How could this happen? A toddler in South Africa being treated for hand burns has her legs amputated by surgeons in the 1,100-bed academic medical center.

Andrew Watt, MD is named VP at Southern New Hampshire Medical Center. He was already CMIO, CIO, and an ED doctor and formerly worked on ED systems for Meditech.

Reminders: the HIStalk events calendar is here and you can add yours for free. Put your e-mail address in the Subscribe to Updates box at your right to join 4,924 people who have already done so and maybe become the five thousandth subscriber (signing up makes you eligible to vote in the HISsies awards, which I’m doing differently this year). Click the crude Rumor Report box in the right column to send me juicy news anonymously (it even takes attachments). Use the Search HIStalk box to the right to dig through 6.5 years worth of HIStalk (maybe I’ve mentioned you or your employer). That is all.

Wisconsin will spend federal stimulus money to create the an HIE, to be dragged from the womb sporting the obligatory painfully contrived acronym WIRED (Wisconsin Relay of Electronic Data) for Health. The governor is looking for nominations (warning: DOC) for its board and committees. 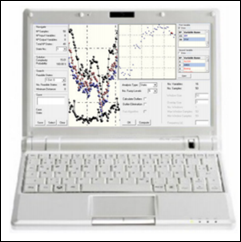 OntoMed, an Ann Arbor, MI startup, is talking to University of Michigan Health System about helping it validate its COSMOS PC-based bedside monitoring and alerting system for the ICU. Their conveniently cutesy product acronym is even lamer than WIRED – COmplexity-based Stability MOnitoring System.

It was fun running pictures of the SMS reunion. In fact, I really like using any pictures that people (rarely) send me: department pictures, data center shots, IT people in their natural habitat, doctors using computers (those are hard to get), and anything related to healthcare IT. Send them my way, please.

Newsweek runs an article extolling Cleveland Clinic’s methods, declaring it “The Hospital That Could Cure Health Care”. Epic is prominently mentioned, although not by name (except for MyChart). CEO Toby Cosgrove is lauded for not hiring smokers to work there and declaring he’d do the same for overweight candidates if federal discrimination laws allowed it. He doesn’t think healthcare reform will do much to reign in costs. Technologies mentioned: clinical decision support, a smart IV system being developed there, MyChart, home monitoring, and powerful data capabilities.

AMI is looking for a CIO for a 200-bed hospital in Kuwait.

An e-mail about H1N1 claiming to be from the CDC is actually the carrier for a different kind of virus, a PC Trojan. The e-mail urges the recipient to create a profile on the CDC’s Web site, which is actually a phishing site that downloads the Kryptik Trojan.

Here’s the difference between the two certifications: the Comprehensive certification program “provides a more rigorous inspection of integrated EHR functionality, interoperability, and security in addition to full compliance with Federal standards.” CCHIT also includes an inspection process in the Comprehensive program that considers successful use at live sites and good usability. Additional certification announcements are pending, per CCHIT. And OK, I admit it — I’ve never heard of any practices using any of these products.

KLAS reports there is a “huge gap” in provider satisfaction scores for PACS software. In acute care, GE Centricity PACS-IW scored 23 points higher than the lowest performer, Cerner. Infinitt was the best-performing community PACS vendor and Intelerad led the ambulatory PACS vendors. At the top end of the market, almost nine percent of large hospitals plan to replace their PACS. KLAS predicts the vendors most likely to be replaced include Merge, Siemens, eRAD, and Emageon.

In yesterday’s HIStalkPractice, a reader shared that eCW was the “clear-cut winner” in Health Industry Insights’ recent review of the ambulatory EMR market.

MedQuist signs an agreement to license Nuance’s SpeechMagic speech recognition engine and processing software. MedQuist will use SpeechMagic in its SpeechQ for General Medicine, a front-end speech application for all medical specialties. MedQuist, which seems to be churning out press releases in conjunction with the RSNA meeting, also introduces SpeechQ VTB for Radiology, which integrates speech recognition, automated coding technology, and Web-based billing services. MedQuist has also integrated a radiology search tool from Primordial Design into its SpeechQ for Radiology application.

The architects that designed Meditech’s Fall River facilities win an award for their work. The New England chapter of the American Institute of Architects and the Boston Society of Architects said the building shows “excellent site organization” that capitalizes on “great views”. Now I am curious what exactly the “great views” are from all those windows.

Meanwhile, the Pennsylvania HIE (PHIX) issues a draft strategic plan for a 30-day public comment period. The plan is the same as everybody else’s – get stimulus money.

The 18-physician Naugatuck Valley Radiology Associates (CT) claims its use of MedInformatix RIS, along with DR Systems PACS and Nuance PowerScribe voice recognition, has allowed the practice to achieve a 100% paperless environment.

The CareTech Solutions folks informed us of their revamped corporate Web site, built with its CareWorks CMS content management tool. I can’t say I fully understand what makes a particular CMS tool robust or weak, but I can say the new site is easy to navigate, has a clean look with nice graphics, and contains a nice mix of written and multi-media content. I also see they are hiring in Ohio and Michigan, in case you are looking.

e-Prescribing in Delaware is up 150% one year after the state began funding e-rx start-up costs for the top 50 Medicaid providers. 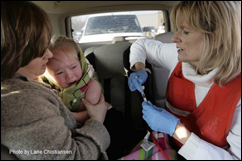 The Champaign-Urbana Public Health District (IL) sets up a drive-through H1N1 vaccine clinic that allows patients to stay in their cars. Wait times averaged 45 minutes and 2,000 people received shots at the first clinic. Not as much fun as a drive-through Starbucks, but pretty handy nonetheless.

Despite Mr. H’s prediction that Twitter is a passing fad, Global Language Monitor proclaims “Twitter” the top word in the English language for 2009. In fact, it beat out Obama, H1N1, stimulus, vampire, and 2.0. Healthcare was ranked ninth.