From Oslo Dave: “Re: Texas AG Paxton’s inquiry into Epic’s children’s health information policies. Why would he be talking to them? Memorial Hermann has signed to implement Epic, but hasn’t even started.” The health system signed a deal to replace Oracle Cerner with Epic in September 2022, but the implementations won’t start until 2023. The patient portal is Cerner’s, so I’m not sure why the AG thinks Epic is involved.

I’ve seen a few Twitter-related mentions of Price’s Law, which that competence grows linearly in a growing company’s workforce while incompetence grows exponentially, with the result being that 50% of the work is accomplished by the square root of the total headcount. If your company has 100 employees, 10 of them get half the work done, while the remaining 90 employees do the other half. The conclusion is to hire and retain those people whose productivity is high enough to put them in that minority of workers, and also to look cynically at employee turnover numbers because losing stars will hurt even with small percentages

Hospital for Special Surgery raises $21 million in a Series A funding round to launch virtual physical therapy clinic RightMove.

24By7 Security promotes Ryan Sanders to VP of healthcare and advisory services. 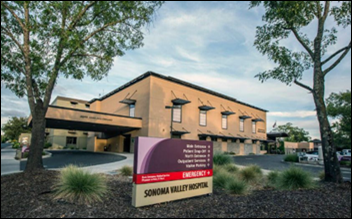 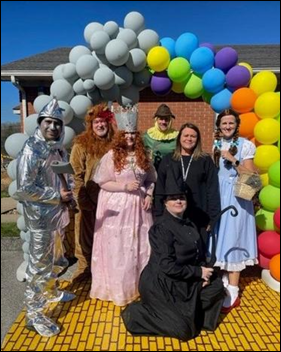 AdventHealth (KY) celebrates the start of its Epic implementation journey with a “Follow the Yellow Brick Road to Epic” party. The system will go live in March 2023.

San Gorgonio Memorial Hospital (CA) recovers from a malware attack last week that caused it to shut down its EHR for six days.

A Freedom of Information request finds that IT systems and telephones went down for 20 hours at Queensway Carleton Hospital in September, leading its doctors to question why the ED remained open. They also said that lack of connectivity required them to get imaging reports using their own cell phones, which violates health privacy rules. The hospital distributed backup pagers, assigned runners to deliver hand-written notes, and told nurses to listen for patient call bells since they could not receive alerts via wireless phones. The hospital said that it would normally post downtime signs in the ED, but couldn’t find them. 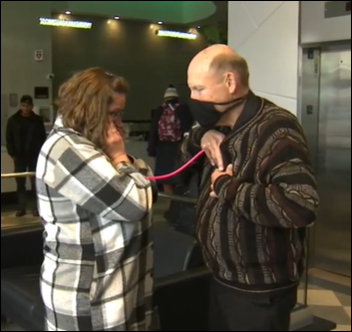 Heart transplant recipient Tom Johnson, a retired nurse, respiratory therapist, and healthcare IT manager, meets Amber Morgan, the mother of his organ donor, four years after the procedure. Johnson assured Morgan he is taking great care of her daughter’s heart, letting her listen to her daughter’s heartbeat through a stethoscope: “Today, I can play with my five grandkids, something I wasn’t able to do before. I feel so blessed because I’ve been praying for the family ever since my transplant.”