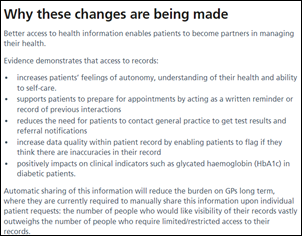 In England, the British Medical Association’s general practice group warns members of possible unintended consequences of NHS England’s “Data Saves Lives” program that takes effect on November 1. Patients over 16 will be automatically granted access to all of their digital medical records as stored in TPP and EMIS. The same functionality is being developed for practices that use Cegedim.

BMA GPC suggests that practices use a specifically assigned SNOMED code that allows them to protect the information of patients whose relationships put them at risk.

They also note the “poor functionality of current software” that allows redacted records to be automatically activated when the patient changes doctors.

The group says a media campaign is needed to warn the public that their family members can access their records if they know (or can find or guess) their password.

The FOMO in me is calling for experimentation with the Meta Quest 2 virtual reality headset, although the cheapskate in me is countering with (a) the strong possibility I wouldn’t achieve ROI because I’ll lose interest; (b) waiting for the follow-up product’s release next year at about the same price; and (c) my reluctance to support Facebook with eyeballs or dollars.

Walmart Health will open 16 new health centers in its Florida Supercenters next year.

UCLA Center for SMART Health and Hearst Health announce the finalists for their $100,000 prize for using data science to manage or improve health:

The Massachusetts Medical Society opens submissions for its IT in Medicine awards program for MA-based medical students and residents.

GetWell will enhance its inpatient offering as a consumer-forward solution, including a new user experience, mobile-first solutions, automated caregiver workflow and communications, and further EHR integration. 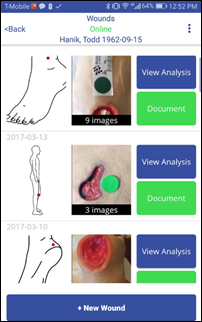 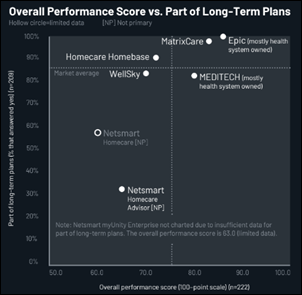 A VA official says that the 12,000-employee National Oceanic and Atmospheric Administration may join the VA’s Oracle Cerner project.

Politico notes that many state Medicaid programs are declining to pay for remote patient monitoring, either because they question its effectiveness in managing chronic conditions or because they are unwilling to spend the money.

Australia’s MediBank says that its October 12 breach was worse than the insurer originally reported, now acknowledging that the hacker had access to all of the personal data of its 4 million customers and significant amounts of their health claims data.

A Meta spokesperson says that use of its pixel user tracking tool to send sensitive information to advertisers, as several leading health systems appear to have done, violates its policies. 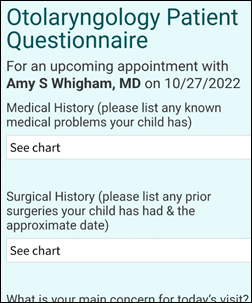 Vanderbilt University Medical Center informatics professor Allison McCoy, PhD questions why practices ask long-term patients to input the information that is already documented in their EHR. I’ll join that bandwagon in observing that providers have always shoved the same literal or virtual clipboard full of poorly designed forms at every patient, long-term or otherwise. Beyond making the patient enter information that’s already on file, that raises the question – how are the two sets of information being reconciled, and by whom? Electronic questionnaires, or more specifically their improper use by practices who fail to tailor their messages, may have made the practice even more annoying. Healthcare interactions are among the most important and most expensive for many of us, so to greet loyal customers with blank faces and blank forms is inexcusable, especially when pharmacies, dental offices, accounting and law practices, banks, and even veterinary offices always make customers feel known and valued.

An entertainment publication profiles retired ICU nurse Amy Loughren, who helped convict friend and colleague Charles Cullen for killing hospitalized patients by adding lethal drugs that he obtained from Pyxis drug dispensing cabinets to their IVs. The story is dramatized in the new Netflix true crime film “The Good Nurse.” Loughren became suspicious in 2002 about several mysterious patient deaths at Somerset Medical Center (NJ). She looked at Cullen’s activity log in Cerner, which showed that Cullen was monitoring patients who weren’t under his care and some of those patients died unexpectedly. Cullen eventually confessed to murdering dozens of patients, having moved from one job to another at hospitals that declined to notify authorities about their suspicions or to give him a bad employment reference because they were afraid of being sued. In another health IT angle, investigators were initially told that the hospital’s Pyxis system retained records for only two months, but a detective found that information was actually stored indefinitely, which convinced Cullen to confess to the 40 murders that he could remember (the actual number of patient deaths was speculated to be as high as 400).