Allscripts will sell its Hospitals and Large Physician Practices business segment to Canada-based Harris for up to $700 million in cash. The segment includes Sunrise, Paragon, TouchWorks, Opal, Star, HealthQuest,and DbMotion. It generated 2021 revenue of  $928 million.

The deal is expected to close in Q2. 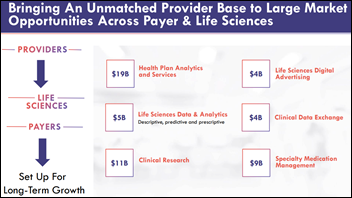 From the investor call:

From Former Eclipsii: “Re: Allscripts. So just under 12 years after buying Eclipsys for $1.3 billion, nine years after picking up DbMotion, and five years after acquiring Paragon from McKesson, Allscripts is selling its various parts for a loss? When I was at Eclipsys, we had looked at buying Allscripts and decided it wasn’t worth the effort.” Allscripts reportedly paid $235 million for DbMotion and $185 million for Paragon, so Allscripts spent $1.72 billion in acquisition costs alone for businesses that it is selling years later for $700 million, less than one year’s revenue. But wait, there’s more – it threw in former flagship TouchWorks as well. Last week’s earnings call made it clear that Allscripts was unhappy that its share price undervalues the company, a complaint that it makes just about every quarter, and that Veradigm is its future. I would be interested in hearing the reaction of Allscripts customers to the acquisition announcement. Also, what happened to the puffy 2019 announcement that Allscripts and Northwell would develop a next-generation EHR following the never-left-the-ground flop of Avenel?

From Mark Words: “Re: Allscripts. I predict that Harris / Constellation will acquire Meditech next since its business model is exactly what Constellation looks for – mission-critical software, high recurring revenue, and a somewhat stable market position in a mature market. Not to mention that Meditech is pretty strong in Canada and Harris already owns Iatric Systems, which has strong Meditech focus.” I agree it would be a good target. Constellation’s business model would support paying around $400 million for Meditech, which I doubt would entice its owners to sell.

Welcome to new HIStalk Platinum Sponsor Baker Tilly. Baker Tilly US, LLP is a leading advisory CPA firm, providing clients with a genuine coast-to-coast and global advantage in major regions of the US and in many of the world’s leading financial centers. On March 1, Baker Tilly merged in Orchestrate Healthcare, a multi-year Black Book and Best in KLAS awarded healthcare IT consulting firm. Combined with Baker Tilly’s legacy healthcare practice, their combined practice brings providers solutions for financial sustainability, integration and interoperability, EHR implementation and optimization, healthcare analytics, information security, and healthcare IT staffing. The company’s healthcare IT consultants are seasoned professionals with both a broad range of experiences and a deep understanding of how to listen, analyze, and innovate for process improvement. With over 1,400 healthcare IT engagements from Orchestrate and more than 3,100 healthcare clients from Baker Tilly, the company’s team of healthcare specialists excels at what they do, so your organization can excel at what you do. Baker Tilly is an independent member of Baker Tilly International, a worldwide network of independent accounting and business advisory firms in 148 territories, with 36,000 professionals and a combined worldwide revenue of $4 billion. Thanks to Baker Tilly for supporting HIStalk.

I’ve updated my guide to what HIStalk sponsors will be doing at ViVE next week. You can also download a PDF version. Want to make me look good? Let them know at the conference that you saw them listed.

Speaking of which, HIStalk sponsors who are participating in HIMSS22 should fill out my form by end of day Friday, March 4 to be included in my guide for that conference.

Don’t try this at HIMSS22: I’ve noticed several ViVE-related meetings and social events that will be held on boats. I’ve been on a couple of these in years past and they were fun, although choose your host carefully because you’ll be captive for hours. 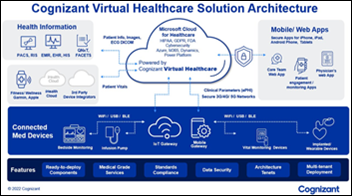 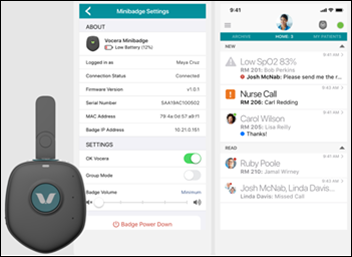 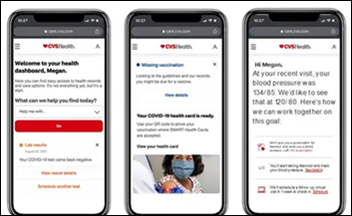 CVS Health launches a Health Dashboard to allow people who received COVID-19 vaccination from CVS Pharmacy or MinuteClinic locations to access their record and print a QR code. The company says the dashboard will be expanded beyond vaccination and COVID test records.

I missed this a couple of weeks ago: a federal jury convicts a Palm Beach, FL psychiatrist for billing private health insurers $110 million for drug urine screenings at a sober living living facility that was taking kickbacks to refer patients. The doctor, who was also the sober living facility’s medical director, wrote standing orders for the facility in exchange for a monthly fee and then had the patients sent to his office so he could bill several tests per week per patient at up to $9,000 per test. We hear a lot about insurers that are powerfully armed with big data capabilities, but how hard would this have been to detect given the dollar volume, the obviously frequently repeated tests, and the fact that it’s South Florida? Maybe this supports the argument that insurers have limited zeal for chasing fraud since it’s easier to raise premiums.