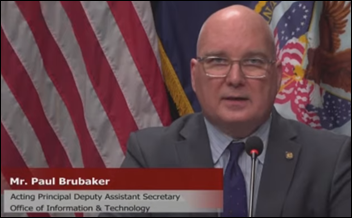 The VA hires an independent body to review its Cerner implementation and to provide an estimate of the project’s full cost. It expects to see the results in 12 months.

The VA hopes that the review will finally capture all of its project-related expenses, including infrastructure upgrades that were omitted from previous estimates due to inconsistent cost tracking methods across its organizations.

Conducting the review is Institute for Defense Analyses, a non-profit that administers three federally funded research and development centers.

The most recent cost estimate was $16 billion versus its initial $10 billion price tag.

From Critical Mass: “Re: Optum-Change Healthcare merger. Survey your readers whether it should be allowed and why or why not.” I don’t know that many or most readers have an opinion either way and I question whether a yes-no poll would be enlightening, but feel free to click the Comments link and add your thoughts.

About one-fourth of poll respondents have faxed something in the past six months, most commonly to a physician’s office and rarely to a hospital. My own experience matches that of poll comments – don’t even bother trying to enlighten the front desk person why it doesn’t make sense that the practice will accept only faxes while refusing emailed scans that they could print. I think it’s probably as much laziness as anything else since it’s easier to make the sender jump through hoops in trying to set up a free online faxing service while the recipient just occasionally wanders by the fax machine to see what’s new. Office Depot still sells exactly one model of fax machine (a pretty slick Brother for $200) but you would need a plain old telephone line that is increasingly uncommon.

New poll to your right or here:  Who is most responsible for physician dissatisfaction? Remind me to run the same poll for nurses next week.

It’s nearly that time of year when I should be registering for HIMSS22 and booking somewhere to stay, but I have to say that the lackluster HIMSS21 makes me at least consider bailing for the first time in many years.

GE Healthcare promotes Catherine Estrampes, MBA to president and CEO of US and Canada.

China’s largest retailer, JD.com, extends its telehealth services from humans to pets. JD Pet Hospital has signed up 3,000 veterinarians who provide 24×7 online consultations and connect users to in-person providers. The company says it will attempt to solve problems such lack of industry standards, price transparency, and availability of timely services. 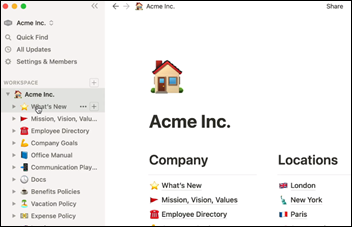 I took a look at productivity software Notion after reading that the company’s valuation has reached $10 billion, bolstered by viral TikTok videos by users – many of them of Generation Z – who are happy to have a minimalistic team workspace tool for remote work. I don’t know how it stacks up against its many competitors, but it looks interesting. The personal version is free and a team edition is $8 per user per month.