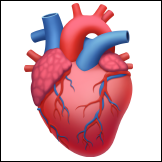 As a family physician at heart, I’m always looking for ways to help my clients meet their patients where they are, whether it’s through designing communications strategies, enabling patient-centered care platforms, or delivering more effective and culturally competent care. I was interested to see an article in the Journal of the American Medical Association that looked at whether emoji could improve communication between patients and their care teams. The initial thinking is that using emoji might help patients communicate symptoms and concerns.

On initially launching into the article, I was concerned about a potential of the approach. People don’t always have a common frame of reference for what emoji are supposed to depict. I recall one older family member who thought for quite some time that a certain brown and somewhat pointy emoji was a chocolate kiss rather than something more scatological in nature. Upon further reading, the authors suggest that various medical disciplines should have their own unique sets of icons as well as using healthcare-specific emoji. The idea is that using icons can make communication more accessible for children with developing language skills, people who speak languages other than English, and patients with communication challenges.

The authors propose using emoji as part of a method of point-and-tap communication that could be used quickly, as well as to augment hospital discharge instructions that patients and families often find confusing. They see emoji as powerful because they are standardized, universal, and familiar even though some users might have a bit of a learning curve as I noted previously. I was surprised by some of the data in the article, including an estimate that five billion emoji are used each day on Facebook and Facebook Messenger alone. Curation of emoji is managed by the nonprofit Unicode Consortium and there are over 3,500 emoji in the Unicode Standard.

The article went through a history of some of the existing emoji that could be considered useful in medicine, including the basic body parts such as ear, hand, leg, and foot. Additional “medical” emoji didn’t come into play until 2015 and those included the syringe and pill, followed a year later by male and female health workers. I used the opportunity to put my new phone through its paces and was only able to find the latter two by searching for “health” and the little stethoscopes around their necks are so microscopically tiny that I admit I had to use reading glasses to see them.

In 2017, Apple collaborated with the American Council of the Blind, the Cerebral Palsy Foundation, and the National Association of the Deaf to add various emoji, including the mechanical arm and leg (which I have on my new phone) and the hearing aid and white cane (which I do not). Several others were introduced in 2019 including the stethoscope, blood drop, bone, tooth, and microbe. The authors worked in conjunction with the United Kingdom’s National Health Service to introduce the anatomical heart and lung emoji, which I have as well.

Several other emoji are under consideration and are pictured in the article, including: intestines, leg cast, stomach, spine, liver/gallbladder, kidneys, pack of pills, bag of blood ready for transfusion, IV fluids, CT scanner, EKG tracing, crutches, a weekly pill dispenser, and one I couldn’t identify. I had overlooked the description for the graphic and it turns out that the one I couldn’t identify was supposed to be a scale, and the one I thought was a coronavirus was actually supposed to be a white blood cell. Maybe those emoji aren’t as standardized and familiar as the authors think they might be.

The authors hope to advocate for a “more comprehensive and cohesive set of emoji” but are also researching how the healthcare community could better leverage an expanded set of medical emoji. There’s certainly precedent for using icon-based systems like the Wong-Baker FACES Pain Rating Scale for helping patients quantify the intensity of pain they’re experiencing. The authors note, though, that many visual analog scales like the Wong-Baker scale are trademarked, but emoji are open source.

The last proposed benefit that the authors specifically call out is that related to advancing telemedicine. They propose that using emoji to describe symptoms via online messages can be helpful. As a practicing telemedicine physician, I’d have to say the devil would be in the details as far as how much information you could obtain via emoji and whether it would make it more challenging than eliciting the information during a focused interview. They note that there are challenges with using emoji, including patients without access to technology, those who are not facile users, and overall low health literacy that would preclude the use of anatomical emoji.

Speaking of anatomy, the article taught me something I didn’t know. Emoji skin tones are based on the Fitzpatrick pigmentary phototype skin classification system, which reflects how much melanin is present in different skin, how sensitive it is to UV light, and the relative risk of skin cancer.

The authors conclude by calling on the healthcare community to “take the lead by formalizing a unified perspective on emoji relevant to the field, including important gaps and solutions.” Given the pressures faced by healthcare providers right now, I’m not sure that evolving a representative set of emoji is at the top of anyone’s priority list, but it’s certainly something to think about in the context of overall communication with patients, caregivers, and colleagues.

We’ve come a long way as communications have evolved from voice pagers to numeric ones and then from alphanumeric pagers to emoji. I think I can safely predict that the ways in which we communicate will continue to evolve over the next several decades. As they do, I hope they become more efficient and reliable as well as having improved abilities to convey information. Maybe a few years from now, instead of lamenting the performance of our voice-to-text, we’ll be talking about using voice-to-emoji or maybe even some modalities we haven’t thought of.

What do you think about expanding the use of emoji in the delivery of healthcare? Leave a comment or email me.