If the insurance company maintains the same standard of what is medically necessary, then won’t eliminating prior authorization translate directly into increased denials? … It seems like the law ultimately makes things more convenient for providers and shifts the burden of fighting insurance companies to patients. (IANAL)

Having worked at one of the four start-ups that IBM purchased and then destroyed, it’s prime material for a case study. Bringing in IBM resources (including senior IT) that couldn’t spell healthcare and were now in charge was the beginning of the end. No ability to focus on the right problems, selling software that didn’t exist, making promises that were impossible to fulfill, etc. (tchips)

I have been an IBM “partner” in two companies, a position I would not wish on my worst enemy. “Their clients are their clients, and my clients are their clients” type of attitude. Ever since introduction 20+ years ago, I kept saying that Watson was a hammer looking for a nail. The main premise was its use in diagnostics, and I’m sorry, but well-experienced and well-read physicians can achieve similar or better conclusions than the box with the blinking lights, which at best could only suggest possible diagnoses.(Dr. Moriarity)

I think HIMSS will ultimately be at the whim of the hospitals. Should they universally re-enforce travel bans (if they haven’t already), the vendors will catch wind of it and a few of them will seize the moment as a PR opportunity to make a splashy statement about why they’re pulling out this year … Hopefully it won’t come to this and we can all enjoy the annual industry soirée safely, but I think it’s fair to say we’re beginning to see some cracks in the foundation. (LongTimeFan)

I can see imaging solutions being close to being ready [for IBM Watson-like solutions]. With a plethora of training material associated with a diagnosis, the solution could train in pretty good order. But how are you going to train it to practice oncology? (Brody Brodock)

There’s also only one vendor that can deliver basic interop out of the box with very little effort, and even richer interoperability with a some terminology mapping. Kind of sad that this project [the VA’s Cerner implementation] is doing so poorly in this area when that is allegedly why Cerner won out. (Elizabeth H. H. Holmes)

[Penalties for hospitals failing to post prices] shouldn’t be about the dollar value. If you operate in the United States, you should do your best to follow the law. What you’re seeing here is widespread malfeasance by health systems. Regulators should come down hard on them in response. (IANAL)

[IT projects reducing cost] is a goal, I think it’s somewhat dangerous to assume this in every single instance. Personally, I’ve long said that these EMR/EHR implementations often raise expectations of what can be accomplished. And those raised expectations sometimes increase rather than decrease costs. Expectations are a matter of politics. Thus, regardless of what the budget said, you may find expenditures beyond the budget. It only takes a sufficiently highly placed executive to demand that their expectations be met. (Brian Too)

Large scale project PM’ing 101 – never, ever put the software vendor in as the prime on any large contract. Especially when it involves large-scale systems integration with all kinds of third parties. At least VA is seeming to acknowledge that end goal. (John Bob) 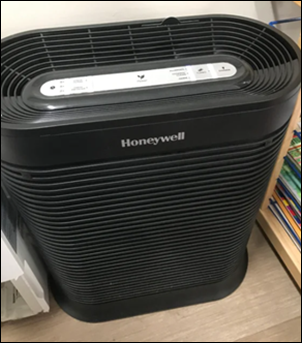 Readers funded the Donors Choose teacher grant request of Ms. D in Nebraska, who asked for COVID-related sanitation supplies and health books for her Head Start class. She reported in December, “As this fall has been full of uncertainty, we have had to shift learning styles several times, but having the items from this project in my classroom has given me a small peace of mind that the kids will be safer and healthier thanks to you. Most of all, the air purifier is such a blessing. This purifier has a setting that our classroom air is recirculated once per hour. This helps myself and all the parents to know that the germs are being filtered out. Thank you doesn’t seem like enough to say, but know your generosity has definitely not gone unnoticed.”

A ProPublica review finds that 40% of the employees of nursing homes and long-term care organizations have not been vaccinated against COVID-19, which killed huge numbers of those residents before the vaccine became available. Twenty-three facilities reported vaccination rates of under 1%. 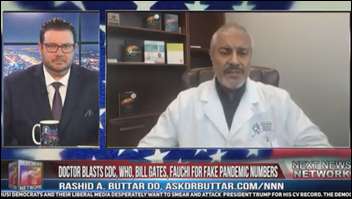 A North Carolina doctor is named as one of the “Disinformation Dozen” who are responsible for 73% of the anti-vaccine content on Facebook. Rashid Buttar, DO posts conspiracy theory videos claiming that COVID-19 vaccines cause infertility and that wearing masks and 5G cell networks cause COVID-19. Some of the videos to which he linked generated commissions for himself. The doctor has been reprimanded twice for unprofessional conduct and cited by the FDA for illegally marketing unapproved drugs. It would be interesting to fact-check his CV, which lists impressive educational, military, and athletic accomplishments before he specialized in chelation therapy.

A Colorado couple will pay $5,000 more than they expected for the birth of their son under the 1970s-era “birthday rule,” which says that when parents have separate health insurance plans, the delivery cost is covered by the policy of the parent whose birthday falls earlier in the year. That is the husband in this case, whose lower-paying insurance has forced the couple to sign up for a three-year payment plan. 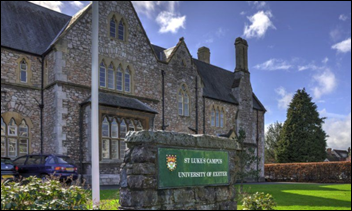 Like a flight whose seats are oversold, a UK medical school offers accepted students $14,000 and a free first year of rooming if they will defer their high-demand spot for a year. 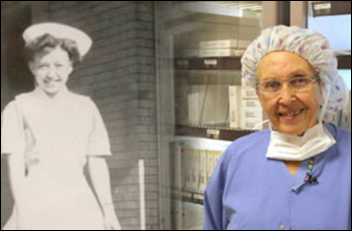 A 96-year-old woman who is believed to be the oldest working nurse in the country retires from MultiCare Tacoma General Hospital after a 70-year career. The advice of now-retired OR nurse Florence “SeeSee” Rigney to fellow nurses is “don’t ever think that you know it all.”