Doesn’t look like the stock market has given up on CERN yet. Still near all time highs. (Bob)

I found the prices published by a health system I currently have a billing dispute with. Will be interesting to see what they say when I ask them why my insurance company’s payment was insufficient for the services they provided when it is 4x the minimum negotiated charge. (Price Transparency?)

While the [DoD and VA Cerner] systems may be of the same origin, they are not the same today, and so there is that specific problem of non-identical systems. Additionally, the origin data is not anywhere near identical in schema, dictionary, enumeration, etc., so that will be a broader problem. Lastly, they haven’t exactly settled the solutions at this point, so they are driving at a moving target. Failing early might not be a bad strategy, but if someone isn’t setting that expectation, then someone is going to be mighty surprised in very short order. (AnInteropGuy) 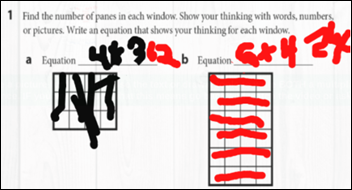 Readers funded the Donors Choose teacher grant request of Ms. M in Kentucky, who asked for a license to a learning platform to use in both in-person and remote classes. She reports, “”Your donation of the Nearpod Learning Platform has made a huge difference in the learning process for my English as a Second Language (ESL) students. Through this platform I have been able to modify their assignments to enable them to express their learning through drawing, matching, games, and voice recordings in addition to the tradition format of typing. The difference has been so great that my administration purchased Nearpod for the rest of our school. Now ALL students, not just ESL students are going to benefit. Thank you for helping me start this movement and show other how everyone can learn with the right tools and support.” 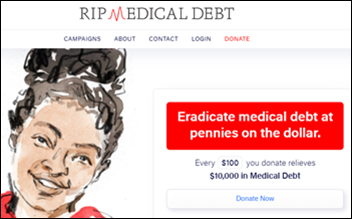 The charity RIP Medical Debt buys and forgives $278 million of hospital debt from Ballad Health, relieving the medical payment obligations of 82,000 low-income patients that in some cases go back decades. The charity says it works directly with hospitals that can turn bad debt into revenue without pursuing aggressive collection, address a major social determinant of health, and refine their charity care programs.

A federal court sentences a New York doctor to 57 months in prison for taking drug company bribes in return for prescribing Subsys fentanyl spray. Jeffrey Goldstein, DO took $200,000 in “speaking fees” for giving slide sessions for which attendee sign-in sheets were often forged and enjoyed an evening at a strip club in which drinks and lap dances were provided by company reps. He was the sixth-highest subscriber in the speaking program, generating $800,000 in sales in a single quarter of 2014 versus prescribing the drug just once before signing up for the speaking program. Federal agents also reported that during the speaking events, Goldstein drank heavily and used marijuana and cocaine with his staff. 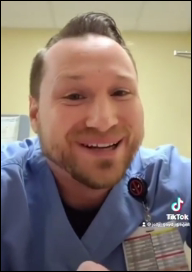 An Alabama nurse is fired and may have lost his license after he is shown in TikTok videos he posted as “@conservativecoy1776” where he says that COVID-19 isn’t dangerous and Anthony Fauci was paid to create it, claims that racism is an overreaction to what was actually a small number of slaveholders, and laughs at video of a patient who cried after receiving a high doctor bill in saying, “Hey, buddy, you better get used to saying that s***.” He made the mistake of recording some of his videos in a hospital room wearing his employee badge, which identified him and his employer, Baptist Health in Montgomery. 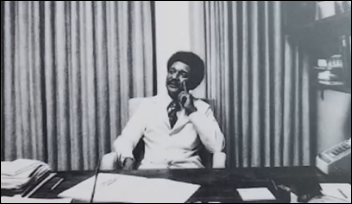 Emory University apologizes to a medical school applicant it rejected in 1959 with the explanation that the school was not authorized to admit “a member of the Negro race.” Marion Hood, MD says it was OK because he experienced discrimination every day and didn’t really expect Emory to admit him, but he was accepted and graduated at Loyola and then returned to Atlanta to open an OB-GYN practice that he ran for 34 years until he retired in 2008. Emory won its challenge of Georgia’s segregation laws in 1962 and admitted its first black student the next year.