Clinical informaticists and genomics experts are excited about the recent announcement that the US will spend $1.7 billion to create a national network to track coronavirus variants. The main components of the plan include funding to help the CDC and state health agencies expand gene mapping; identification of six academic centers to research gene-based surveillance; and creation of a National Bioinformatics Infrastructure for sharing and analysis of data around emerging pathogens. The proposed budget is significant in that it provides funding to build systems for the future, not just for the current crisis. I look forward to seeing the transformative discoveries that could be produced by this kind of initiative.

The American Medical Association offers up some tips on how physicians can improve their telehealth skills. The issues they cite, such as eye contact and lighting, continue to be problematic, not only for physicians, but for many of the video meetings I attend on a daily basis. With this in mind, I offer up Dr. Jayne’s tips for successful video calls:

Of course, this last bullet point goes for non-video calls as well. If you’re not sure about making the most of your conferencing tools, don’t be shy about asking for help. Especially if your struggles negatively impact the meetings you attend, your co-workers will be grateful. 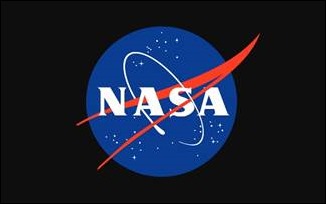 Many of us in healthcare IT are science nerds in general and have been watching the adventures of NASA’s Ingenuity Mars Helicopter in anticipation of the first powered, controlled flight on another planet. After a delay during a test sequence, the four-pound helicopter took flight on Monday. Although Ingenuity’s first flight was only 39 seconds, that’s three times longer than the first flight undertaken by the Wright Brothers. The helicopter paid tribute by carrying a piece of fabric from the original Wright flyer. Science is cool, y’all.

What scientific advancements do you think hold the most promise for humanity? Leave a comment or email me.