I think this acquisition makes a lot of sense for Microsoft. The future is not on a mouse and keyboard, it’s voice control and augmented reality. There will be an exciting opportunity to integrate this with the Holo Lens which as far as I can tell is one of the more mature AR gadgets out there. When you pair Dragon + Holo Lens + Hey, Epic! and other types of integrations, you have the potential for a must-have product for certain types of providers. As others noted, this will be yet another reason for existing customers to adopt Azure and/or Azure AD. Azure AD identity integration is going to play a bigger role in healthcare consolidation than people realize. Managing healthcare user identities for external users and mergers is a PITA and Azure AD helps reduce the complexity quite a bit. Dragon can now bolt right on to that. (Elizabeth H. H. Holmes)

I would add that Cortana hasn’t been well received by the market, so picking Dragon’s voice rec is a nice cherry on top of the reasons you state. They may not plan to sell a lot of the standalone product, but adding underlying technology to their stack is appealing. The talent acquisition is also nice. (Jim)

If they are paying 14 times rev for Nuance AND they manage to get almost all the Nuance revenue into the Azure “bucket” AND revenue to Azure is more profitable than the rest of MSFT and bumps up overall market cap, can they mark this whole thing as a win by adding more to MSFTS market cap? (Matthew Holt)

Re: Hoag. A hospital in Orange County (with cash–rich patients who are willing to come up out of pocket to pay for healthcare) has more ability to consumerize healthcare and give patients every option and ultimately, deliver what the patients want. Providence has facilities that can’t do that. But does that really change the ‘standard’ of care? (ellemennopee87)

Raise your hand if you’d like to see the data use agreement for Google’s PHR (I say this while realizing I’ve turned over 90% of myself to them already). The portal is like the only thing about healthcare I enjoy. Seems like another PHR failure in the making. (Android user) 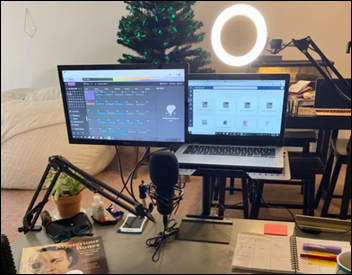 Readers funded the Donors Choose teacher grant request of Ms. W in Washington, who asked for a microphone, drawing tablet, ring light, and phone video stand for creating online lessons for her elementary school class. She reported last winter, “Beginning the school year remotely was difficult, but thanks to your help, my students have been performing to their very best online. My science classes have become familiar with Microsoft Teams, and have been working with Class Notebook (a version of One Note) specifically for science. This program has allowed for easy access to and organization of class notes and activities. Implementation has been so successful that I plan on going paperless for the majority of class activities for years to come. Being able to provide my students with high quality recordings, in which multiple screens can be viewed simultaneously, has been a blessing this year. The audio and visual quality of the content I can deliver has improved immensely with these items, and has helped our English language learners as well as special needs students to succeed in this new environment. I can’t wait to share these tools with students once we are able to meet in person in the classroom.” 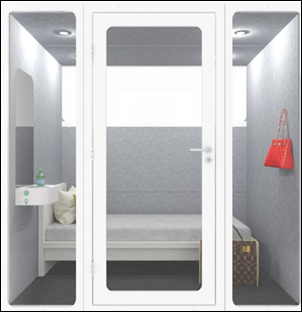 Montefiore Hospital (NY) implements sleep pods that allow frontline workers to relax and energize. The HOHM pods, which are reserved via a tablet app, offer a massage chair, a privacy curtain that blocks sound, and a charging station. 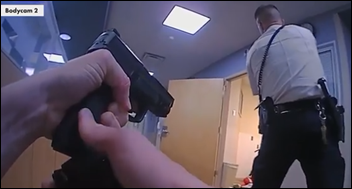 Police bodycam video captures officers shooting a patient dead in the ED of Mount Carmel St. Ann’s Hospital (OH). Miles Jackson, 27, struggled with officers who felt a gun in his pants that had been missed in an incomplete pat-down. Jackson said he would comply with commands to put his hands up but was scared the officers would shoot him, after which an officer took him down with a stun gun and he was then shot by multiple officers after his gun discharged. Westerville’s police chief says he has “concerns that warrant further review.” Jackson had been taken to the ED after being found unconscious of a suspected drug overdose in a car and was being arrested in the ED on outstanding warrants. 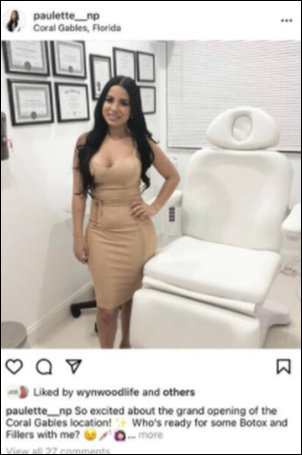 Police charge a 31-year-old South Florida Botox clinic nurse practitioner with anonymously calling two elderly women and convincing them to wire her $20,000 to help one of their relatives that had been injured. She was also charged with drug trafficking when the arresting officers found 170 pounds of marijuana in her apartment. 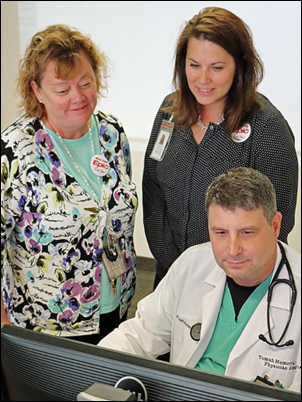 The local paper profiles LaVonne Smith (at left above), who just retired as IT director of Tomah Health (WI) after a 40-year career, 36 of which was spent in IT after she was drafted from the admissions department in 1985 to help implement the hospital’s first computer system. The health system went live on Epic in 2017.