The coalition will try to convince the federal government to permanently pay for telehealth, remote patient monitoring, virtual disease prevention and management, caregiver support, and medical record sharing as an alternative to in-hospital care.

The group says that the pandemic has shown that clinical services can be safely and effectively provided at home. Many Americans, they say, would prefer receiving services at home instead of in hospitals.

The announcement says that home health services have been focused on delivering short-term services to primarily seniors who are recovering from an illness, injury, or hospital stay. They believe that home care should be a regular option for primary care, behavioral health, chronic disease management, and hospital-level care. 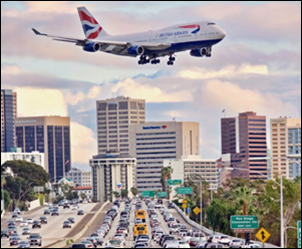 From HIMSS Venues: “Re: post-COVID events. My hope is that they will combine in-person and virtual sessions, which will open up those smaller venues like San Diego, New Orleans, and Atlanta. HIMSS in San Diego was always my favorite.” San Diego was my favorite HIMSS city by far, which places it on the opposite end of the spectrum from Las Vegas. My recent mention of San Diego was with the same thought you had – conferences are likely to be smaller, so perhaps San Diego could be added back into the HIMSS rotation. My HIMSS experience in Atlanta and Dallas was big-box bland, while New Orleans was heavy on personality and great food that was more than cancelled out by infrastructure that bordered on third world at HIMSS13 (cramped airport, decrepit hotels, lack of service personnel, and boil water advisories) I’m on the bubble with Chicago because weather can be iffy and hotels are expensive, although I had fun staying in a VRBO house in Bridgeport last time. The San Diego downside to me is its limited number of business class hotels and its landlocked, often fogged-in airport that provides a white-knuckle, steep descent thrill ride with each landing. It’s hard for HIMSS to be nimble since big conferences require infinitely complicated planning and contract negotiations, so if they interrupt the Las Vegas-Orlando back-and-forth, I would expect them to push Chicago yet again to keep their own costs down. I’ll take it over Las Vegas any day.

From Spinout: “Re: partnership. What do marketing people think that word means when they use it in announcements?” They think it means free PR. I’m slowly moving to a policy of not mentioning any announcement that references a “partnership” since:

From Unicornrows: “Re: billion-dollar valuation companies. We have a lot in healthcare.” We have a lot of companies with a billion-dollar valuation but a lot fewer that are actually worth a billion dollars, with the difference being irrational exuberance in a frothy market. I’ve heard the theories that SPACs and various forms of corporate financial shell games haven’t caused companies to be excessively valued, but I’m a fundamentals guy and most of these companies seem to be struggling to sell much of anything except their own shares. The unicorns and SPACs are floating all health IT boats at the moment, but at some point the telehealth, RPA, tech-heavy health insurance, and employee wellness music will stop due to lack of ROI and financial performance and that’s when sitting on a big position in a “story stock” becomes less fun. However, people who have more money than I could earn in 10 lifetimes are placing their bets, so follow their lead if you want but recognize that it’s a zero-sum game and many of those gung-ho traders weren’t in the market during the dot-com boom and bust that taught many of us lessons. Buy shares early and you are dealing with an insider who, by definition, knows the value of both their shares and your money and chooses the latter.

Welcome to new HIStalk Platinum Sponsor Lyniate. The Boston-based company partners with healthcare organizations around the globe, delivering cutting-edge solutions to address interoperability challenges. The company’s industry-leading products, Corepoint and Rhapsody, are used by thousands of customers to send hundreds of millions of messages every day. Lyniate is committed to delivering the best interoperability solutions for healthcare organizations, from specialty clinics to large networks, from payers to vendors, and everything in between to build the future of interoperability. Thanks to Lyniate for supporting HIStalk.

I found this explainer video about Lyniate on YouTube. Should you be of the barbeque persuasion as I am, study this video recap by Lyniate UK employee James Hardacre, who has embraced his inner Texas pitmaster by creating a fire-enabled (pun intended) Rhapsody engine connection to his collection of smokers to write temperatures to a database for graphing to monitor low-and-slow progress, which is fascinating to hear him describe with a British accent. 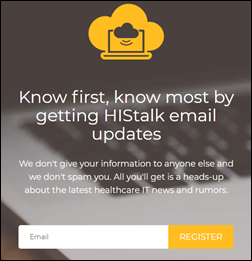 I continue to hear from readers who have stopped getting my email updates. I’ve described before how overaggressive email server settings on their end keep recipients from receiving emails that they signed up for. My suggestion is to simply sign up again, which will either fix the problem or do nothing (you won’t get duplicate emails no matter what). I use the emails only to send notices that I’ve published something new, which means just a handful of emails each week and no spam. 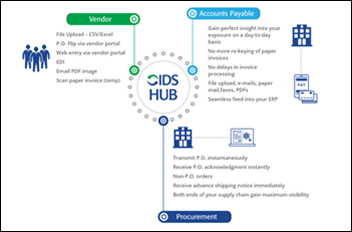 Premier acquires Canada-based Invoice Delivery Services — which offers a system that converts paper and PDF invoices to electronic form to reduce the costs of invoicing, tracking, and payments — for $80 million. Premier will operate the business under the Remitra name.

Publicly traded hospital operator Universal Health Services says in its Q4 earnings report that its fall cyberattack cost it $67 million in labor costs and delayed billing, but it expects to get most of that back from cyberinsurance. 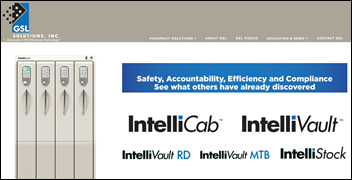 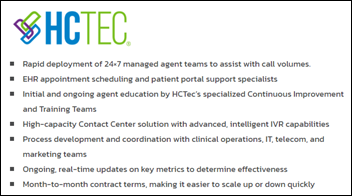 A new KLAS report on EHR best practices for hospitals of under 200 beds finds that while their vendors provide technology and support, the hospitals need to get IT teams involved with frontline clinicians, set realistic expectations, invest in IT resources, deploy skilled trainers with required clinician engagement, and create a collaborative relationship with their vendor that has regular touch points. Meditech’s updated technology and more prescriptive implementation approach have elevated Expanse to the top spot in satisfaction.

Black Book’s annual survey of ambulatory practices find that specialty-driven EHRs earn the top satisfaction, although most specialists regret their hurried EHR choice and implementation that failed to consider connectivity with other providers. Nearly all specialty practices that expect to change EHRs will be looking only at cloud-based systems because of cost. 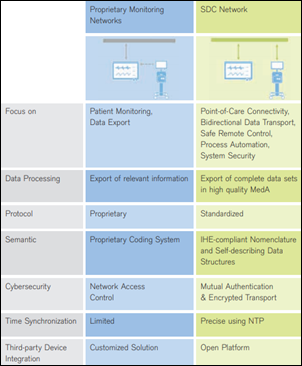 Medical and safety technology vendor Dräger will work with several healthcare organizations to develop medical device interoperability standards in a US Army-funded project that will use IEEE’s service-oriented device connectivity (SDC) standard. 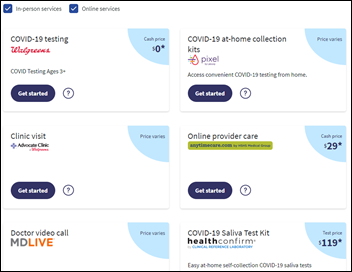 Walgreens expands its Find Care digital health marketplace, which is part of the Walgreens app, with 11 new providers.

A Johns Hopkins Bloomberg School of Public Health study finds that Medicare would have saved $1.7 billion in 2017 if prescribers and/or patients had not insisted on using a brand name drug for which a generic equivalent was available.

CDC reports 83 million COVID-19 vaccine doses administered versus 110 million distributed (76%). Hospital inpatient count continues to trend down, at 42,000 this week versus the peak of 125,000 in early January.

Italy invokes its European Union powers to block the export of 251,000 doses of AstraZeneca’s COVID-19 vaccine to Australia. EU countries are frustrated that they can’t meet their stated vaccination goals because AstraZeneca is tens of millions of doses behind its agreed-on delivery schedule. Italy’s foreign ministry flagged the shipment from AstraZeneca’s factory in Rome, noting that Australia is not considered by the EU to be a vulnerable country.

California’s switch to Blue Shield to distribute coronavirus vaccine will require consumers to use MyTurn to sign up and V-Save to report adverse events, while providers will be required to use MyCAVax for enrollment and vaccine management; MyTurn for clinic management; MyTurn, EHR, or CAIR2 to report daily doses administered; VAERS, FDA, or V-Safe to report adverse events; and VaccineFinder to report daily inventory. I learned this from the Twitter of Christopher Longhurst, MD, MS, CIO/associate chief medical officer of UC San Diego Health. 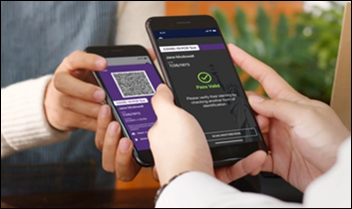 New York State continues testing IBM and Salesforce-developed Excelsior Pass for attendees of professional sports events, which allows people who have recently tested negative for COVID-19 or been vaccinated to present an on-screen or printed QR code “boarding pass” that will give them entry into the venue. The system is based on IBM Watson Works Digital Health Pass digital wallet. I haven’t seen an whether the system actually tries to import vaccination and testing records (it seems like patient identification and the wide variety of testing sites and systems would make that hard) or if it just allows users to self-report their COVID-19 status – each venue sets its own requirements. 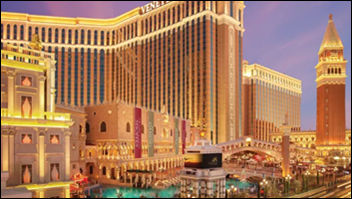 The Las Vegas Sands company sells the Venetian, Palazzo, and the Sands Expo and Convention Center for $6.25 billion as it exits the US to focus on running casinos in Asia and venturing into online gambling. The company lost $300 million in the most recent quarter because of the pandemic and its founder and CEO Sheldon Adelson died in January. The sale will close in Q4, after HIMSS21 has concluded in whatever form it eventually takes. I admit that while I like nearly nothing about Las Vegas, I prefer naturally occurring tackiness (like the off-Strip liquor stores that offer inebriates thousands of kinds of airline-sized bottles to guzzle down on the sidewalk) over upscale but even tackier gondoliers, fake sky ceilings, and celebrity-licensed generic restaurants.

A Kentucky woman sues a hospital that performed a mammogram that detected signs of cancer, but then mistakenly sent her an all-clear letter. Digital forensics experts say the radiology tech chose the wrong software drop-down option, triggering the “no cancer detected” letter, after which radiology department employees tried to hide her mistake by changing the entries. The hospital refused to turn over system audit logs until it was served with a court order, then claimed that the logs can’t track changes accurately because the hospital’s software was buggy and is no longer sold. Experts say that EHR audit logs are seldom useful for malpractice cases because they are hard to interpret and require hiring expensive experts to review them. The digital forensics expert in this case is Andy Garrett, who started Garrett Discovery in 2007 after leaving his Navy IT job. His small company offers EDiscovery, cell phone forensics, social media evidence collection, audio and video forensics, cell phone analysis, and a service in which attorneys who are questioning potential jurors are provided with their real-time social media histories and background checks.