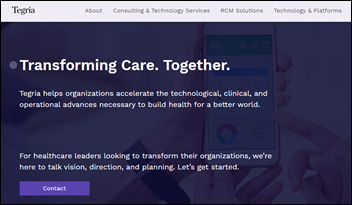 Providence forms Tegria, a healthcare services business comprised of nine companies that the health system has invested in or acquired. Providence SVP Anders Brown will lead the Seattle-based company’s team of 2,500. The companies involved are:

An executive of one of the companies says that they will continue to operate under their own names, which the announcement did not specifically say.

Thanks to the several folks who suggested ways that hiring a new journalism grad (a friend of a friend) as a paid intern might add value to HIStalk while enhancing her career prospects. I’ll be talking to her soon to learn more about her interests and capabilities and I’ll use the comments I received to give her an idea of the possibilities.

Listening: new from Bob Dylan. I’ve liked a few of his songs over the years and little else from his long career because I find his nasal, country-leaning vocal stylings distracting no matter how profound his lyrics. But at 79 years of age, “Murder Most Foul” sounds great and tells a story that doesn’t require a coffee shop study group to figure out, which might explain why the old, unreleased song became his first #1 pop hit and has earned 4.4 million YouTube views. It is simple yet effective in a Nick Cave meets Steven King poetic kind of way, mixing the Kennedy assassination with a bunch of random song titles. The time around 1963 was important in Dylan’s career as a 22-year-old – he released his first album followed by another that included “Blowin’ in the Wind,” he changed his name from Robert Zimmerman, and he recorded his first protest songs.

Israel-based Nym Health raises $16.5 million to expand its automated hospital coding and billing technology beyond the 40 providers it already serves in the US. 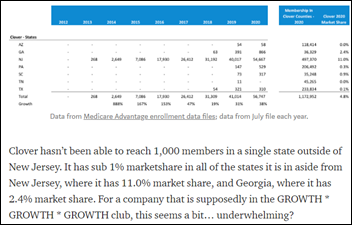 I’m a new fan of health IT guy Kevin O’Leary, MBA, JD for his shockingly insightful analysis of the $3.7 billion valuation of Medicare Advantage startup Clover, which emphasizes its PCP contracting tool called Clover Assistant. Clover is going public via a Special Purpose Acquisition Company (SPAC), a shell company that is formed to raise capital through an IPO while avoiding some SEC reporting. It’s a fascinating read, with this spoiler offered in the second sentence: “It’s obviously a great exit for everyone associated with Clover, but you’ll have to forgive me if I’m a bit befuddled that a 3-star Medicare Advantage plan with an MLR of 98.8% in 2019 and ~57,000 lives is somehow being valued at $3.7 billion (roughly equaling $65k per life covered).” He also notes that the company has been fined by CMS for misleading marketing, withheld payments to labs in hoping to force them to provide detailed patient data, and laid off 25% of its headcount in admitting that it needed more people who understand healthcare. The CEO previously ran a chain of hospitals best known for going out of network with all insurance and increasing prices to the point that one was the most expensive in the US in 2013, earning him and his investors $150 million in management fees. 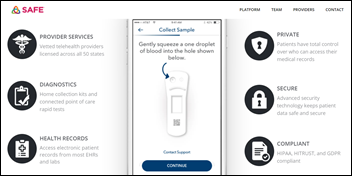 Imprivata develops a touchless version of PatientSecure, a biometric palm scanner healthcare organizations can use to correctly identify patients and match them to their medical records. 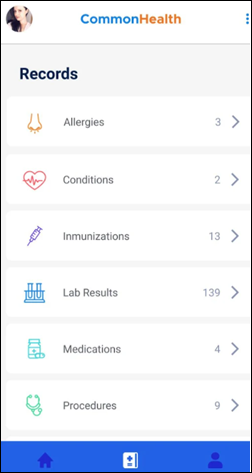 Non-profit public trust The Commons Project partners with LabCorp to make test results, including COVID-19 screening, available on the CommonHealth Android app. It makes Apple Health type functionality available to the vast majority of the world’s mobile phone users whose devices run Android rather than IOS. I’m surprised they misspelled “Immunizations” in the app as depicted on the Google Play screen shot. 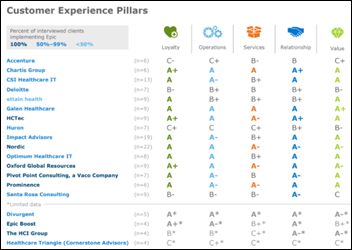 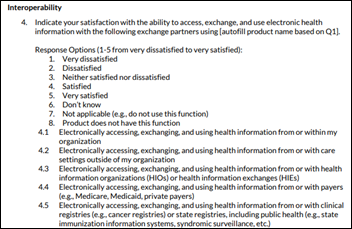 ONC publishes a questionnaire for EHR users that would allow it to publish product comparisons. However, ONC notes that the questionnaire was developed using Cures Act funding, no money was appropriated to do anything with the tool after its development, and ONC has no plans to use it. They also note other potential problems, which would seem to have been obvious before ONC handed taxpayer money over to the contractors who happily did pointless work in designing a survey that no EHR user could ever complete accurately:

Use of masks in New Zealand as a coronavirus mitigation measure reduced its flu case count over its April to August winter to just six, saving an estimated 1,500 lives.

Surgeon, author, and Johns Hopkins Bloomberg School of Public Health professor Martin Makary, MD, MPH says in a USA Today opinion piece that a top national priority should be to support at-home COVID-19 testing using telemedicine to avoid sending potentially infected people out in public. He advocates having trained professionals supervise a patient’s at-home testing in a virtual visit, then having an app send the de-identified information to a national tracking database. The federal government is starting distribution of 100 million Abbott BinaxNow kits this week.

Former FDA Commissioner Scott Gottlieb, MD says that antibody treatments for COVID-19 will need to be rationed given the current infection rate that will require up to 400,000 doses per month. 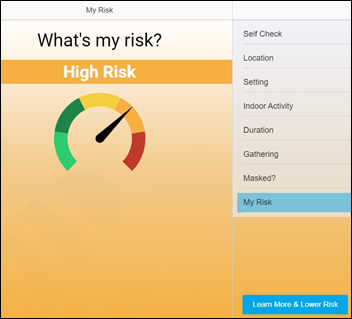 Brown University’s medical school and Lifespan develop MyCOVIDRisk, which allows people to specify their location, describe their plans for the day, and understand how much risk is involved and how they can reduce it. A two-person, 45 minute lunch in my area with no masks creates a small risk, with the site concluding that it’s a good idea for my mental health, while a two-hour hair appointment for Mrs. HIStalk in a salon with eight unmasked people creates a high risk. A subtle point is that the site is optimistic and helpful rather than just doling out gloom and doom that will force users into the false binary choice of doing whatever they want versus locking themselves in their homes.

Public health departments and colleges are struggling to perform contact tracing because students aren’t sure whether to put their home address or their campus address on COVID testing forms. Students are also less likely to answer phone calls from an unknown number to verify their location. The address issue also affects campus outbreak counts since some cases are being sent to their home addresses, especially if the student didn’t specifically identify themselves as attending college, and those addresses may be in a different state.

A New York Times opinion piece says “the medical cavalry is coming” and says that coronavirus optimism is warranted for these reasons:

Stat looks at how population health analytics software inadvertently adds racial bias in identifying patients who should receive more involved care, which happens because those platforms use medical spending data as a proxy for health need. White patients are scored up to four times higher for preventive care that similar marginalized patients because they have had more tests and visits. The article notes that the algorithms deliver the promised benefit — reduced hospitalizations and cost — but don’t consider that the data of black patients includes the effects of racism, lower incomes, less insurance coverage, and fewer provider choices.

UC San Diego Health provides a “how to” model for rapidly deploying telemedicine, which includes roles and responsibilities, user technology support, a provider checklist for video visits, patient support, and billing and credentialing. 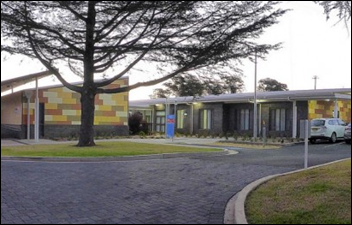 In Australia, a health district will review the case of a woman who died of gastrointestinal rupture after arriving by ambulance at Gulgong Multi-Purpose Service, which no longer employs doctors. The hospital decided in June to use telehealth services instead. The family, which didn’t find out until the next day that the woman died without a physician being present, says it is reasonable to expect that ambulance-transported patients will see a doctor in person.