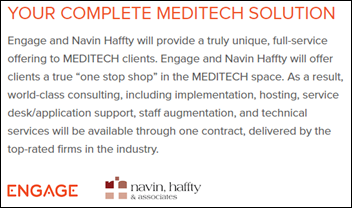 The health system said last year that it planned to create a $1 billion business from its non-clinical investments. It  has 51 hospitals, over 1,000 clinics, and 120,000 employees.

Listening: new from Deep Purple, not excavated from a 1970s music vault along with related artifacts such as Hammond A-100s and Gibson SGs, but rather offering a fresh-sounding entry in the barren wasteland of new hard rock. It will be a certain nose-scruncher for most folks who were raised on Auto-Tuned singer-dancers and hip-hoppers, but let’s see how those musicians hold up after 50+ years, 21 albums, and one original member left (72-year-old drummer Ian Paice, a much lesser figure than former members Jon Lord and Ritchie Blackmore). Just turn it up to 11 and hope you end up being a cool septuagenarian like these grandpas who can take you back if you’ve been, or take you there if you haven’t. The part at 2:13 is a dead ringer for Yes’s “Starship Trooper.”

Investors are noting that the combined market value of Teladoc and Livongo has dropped nearly $10 billion in the week since the former’s $18.5 billion acquisition of the latter was announced. Above is the one-year share performance of Teladoc (blue, up 188%), Livongo (red, up 212%), and the Nasdaq index (green, up 38%). It’s uglier over the past five days, where TDOC and LVGO have dropped 25% and 19%, respectively, since the announcement. 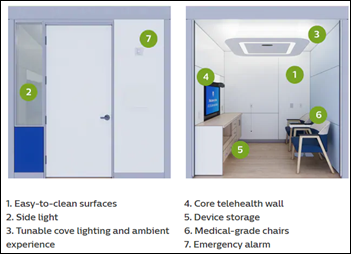 Philips announces Virtual Care Station, a telehealth environment for public areas such as stores, libraries, and universities. The company developed the technology for the VA’s ATLAS program, which offers virtual clinics to American Legion and VFW posts.

I wondered what happened to former Rep. John Fleming, MD (R-LA), who President Trump appointed to the newly created position of deputy assistant secretary for health technology in 2017. He seemed uncertain about the job when it was announced, initially stating that he was interviewing to become national coordinator, but then admitting, “I think it’s the same or a similar position – I really don’t know.” He apparently didn’t last long there – President Trump appointed him to become Assistant Secretary of Commerce for Economic Development in 2018, and then in March 2020 he was appointed Assistant to the President for Planning and Implementation. I can’t find any evidence that his former ONC position still exists. I interviewed him in January 2018.

Cerner VP of Strategic Growth Amanda Adkins, who took a leave from the company to seek a US House of Representative seat, wins the Republican primary and vows to defeat Rep. Sharice Davids, who is serving her first term. The healthcare platform of Adkins, a former state Republican party chairwoman, supports creating a national COVID-19 response plan and says the ACA is a failed experiment that increased cost. She says healthcare should be smarter, more transparent, and more affordable, but I haven’t seen her plan for achieving that.

Russia approves a COVID-19 vaccine that has not undergone widespread clinical trials and for which no Phase 1 and Phase 2 clinical trials data has been published, raising concerns that President Vladimir Putin may be placing national pride and political gain ahead of consumer safety. Another theory is that Russia is trying to goad the US into rushing its own vaccines to market or to confuse the issue following its rumored disinformation campaigns. Russia says it will start vaccinating teachers and medical workers this month with Sputnik-V, the name it chose for the vaccine that reflects the world’s surprise in October 1957 that the Soviet Union had launched the first artificial Earth satellite, which triggered a space race with the US.

Former FDA Commissioner Scott Gottlieb, MD notes that the US might get just one shot (pun intended, I assume) with a vaccine in a given season since it would be difficult to mount two vaccination campaigns in a short period. He says he would not take a vaccine like Russia’s that has been tested on only a few hundred people and says Russia is certainly not ahead of the US in that regard.

The New York Times questions whether federal government newcomer and FDA Commissioner Stephen Hahn, MD has the fortitude and political savvy to stand up for patient safety under White House pressure to release a COVID-19 vaccine quickly. Hahn is not allowed to speak to the press by phone without having HHS spokesperson and longtime Trump supporter Michael Caputo on the line. FDA has been criticized for delaying approval of alternative COVID-19 diagnostic tests after CDC’s were found defective, allowing untested antibody tests to flood the market with minimal oversight, and for granting emergency use approval – revoked three weeks later – for using hydroxychloroquine in hospitalized patients.

California public health director Sonia Angell, MD, MPH resigns for unspecified reasons, one week after the state reported that it had underreported new cases due to a technical issue with electronic lab reports.

Mexico’s high COVID-19 death count is understated because residents are justifiably afraid of hospitals. Mexico City’s hospitals report that 40% of patients who are admitted with confirmed cases die in house and half of those deaths occur within 12 hours of admission. People who die at home aren’t tested and thus aren’t counted as being among the country’s 53,000 COVID-19 fatalities, although Mexico reported 71,000 more deaths than were expected in the spring. President Andres Manuel Lopez has urged citizens to stay home and use religious amulets instead of going to the hospital, and 70% of people say they would not feel safe taking a loved one to the hospital, some because of conspiracy theories involving genocide and organ harvesting.

An eight-state review of COVID-19 cases in nursing homes finds that higher staffing levels – but not health inspection scores or quality measure ratings – are associated with fewer cases. I would be interested in seeing an expanded analysis that considers ownership since I would bet that for-profit homes, especially those owned by private equity-backed chains, fall short in areas like staffing levels and infection control. 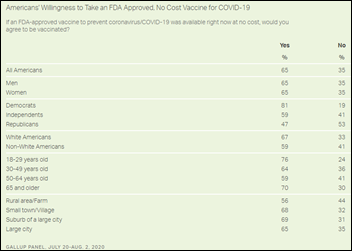 One-third of polled Americans, including more than half of Republicans, say they would not take a free FDA-approved COVID-19 vaccine. On a slightly optimistic note, a 1954 survey about the then-new polio vaccine yielded about the same result.

A new study by Johns Hopkins Bloomberg School of Public Health finds that an area’s density (population plus employment divided by land area) isn’t the primary driver of COVID-19 infection rates – it’s the degree of an area’s crowding into tight spaces, such bars, restaurants, sporting and entertainment events, and beaches. The authors believe that while density increases the incidence of close contact that theoretically should increase infection rate, that isn’t the case because people who live in dense areas are better at social distancing and wearing masks. They also conclude that evidence does not exist to support the move of city dwellers and businesses to the suburbs to avoid COVID-19.

The beginning of the end may be near for the fall 2020 college football season as the Big Ten postpones all fall sports, with football to be played in the spring if at all. The other four Power Five conferences haven’t announced their plans, although insiders say the PAC-12 has also decided not to play and doubts that spring football will happen either.

University of Florida researchers detect live coronavirus in air samples taken up to 16 feet from hospitalized COVID-19 patients, raising the possibility of air-only spread, although the low viral quantities make it unclear whether people would likely become infected. The six-foot distancing recommendation assumes that only large droplets carry the virus.

Epic delayed its mandatory employee return to campus after the county health department warned the company that “remote work” does not mean sitting alone in private, on-campus offices as Epic had interpreted. The health department told Epic that such action might violate the county’s order. They’ve asked Epic to justify why it needs employees to work from the office starting September 21, not mentioning the first wave of returnees that was to have taken place this past Monday or the 4,000+ employees that were already working voluntarily on campus.

In the Philippines, the government-owned universal health coverage insurer says the agency is losing $50 million per week due to corruption that is enabled by weak IT systems. The anti-corruption commission says that PhilHealth’s executives and employees are filing claims for non-existent patients, while hospitals are upcoding visits to obtain higher payment and are falsely claiming to be treating COVID-19 cases to obtain emergency funds. The agency denies charges that its executives pocketed $300 million last year. 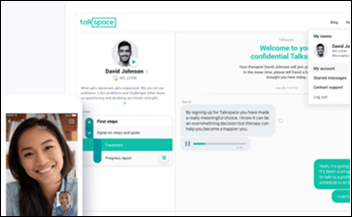 Two former employees of Talkspace, which offers text messaging based psychiatric counseling provided by contractors, claim that the company mines session transcripts for marketing purposes. Other former employees say that the company, which was getting stung by bad app store reviews, asked employees to create fake positive reviews and gave them burner phones to avoid getting caught. Talkspace’s executives deny the claims. Some of its contract providers complain that the company advertises 24/7 therapy even though it tells them they can set their own business hours; gives users a “I need help now” button that therapists must respond to quickly to avoid having their pay docked; and advertises therapy services even though a former version of its user agreement made it clear that it offers a “therapeutic conversation” but not “therapy.” The company charges $260 per month for unlimited asynchronous message response or $396 with four live, 30-minute sessions.