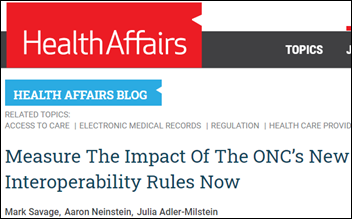 A Health Affairs blog post calls for ONC to start measuring the impact of the interoperability requirements of the 21st Century Cures Act, using these initial metrics:

From Tele Say What?: “Re: telemedicine. The number of visits are dropping, which does not make sense after everyone said COVID experience would make it the standard.” It’s a good time to cynically remind everyone to follow the money since healthcare is not a consumer-driven or even a clinician-driven industry. Stacking up patients in a long hall of always-filled exam rooms is not only more efficient for the provider, it supports upselling opportunities that can’t happen over a video connection. Patients also feel shortchanged if their visit doesn’t result in a prescription or an order for lab or imaging, which presents telehealth with the classic last-mile problem. Yet another issue is that while coronavirus may have temporarily forced bricks-and-mortar providers to send patients to national telemedicine practices who have their own doctors, those providers aren’t about to permanently give up their brand identity and the recurring revenue stream that each patient represents. Buildings, people, and human contact are differentiators that keep patients happy and profitably captive. The pandemic has proven that healthcare, education, and work life can be temporarily shifted online out of necessity, but it has not proven that the virtual alternative is ideal or likely to be sustained. 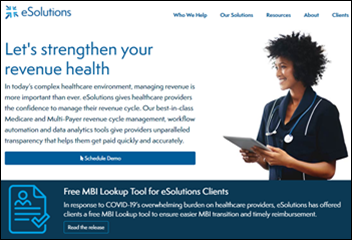 Welcome to new HIStalk Platinum Sponsor eSolutions. The Overland Park, KS company offers best-in-class Medicare and Multi-Payer revenue cycle management, workflow automation, and analytics that help providers get paid quickly and accurately. Its 1,000-plus hospital and health system customers see a 20% reduction in problematic claims in the first 30 days and a 22% reduction of days in A/R within six months. The company processes 164 million claims annually, connects directly to 5,500 payers, and completes 500 million eligibility transactions annually with the fastest response time. It has racked up a 95% customer retention rate over in its 20-year history. ESolutions just announced that its Medicare electronic submission of documentation tool supports CMS’s new requirement for obtaining prior authorization for five types of surgery in hospital outpatient departments. CEO Gerry McCarthy’s first job out of college was in health IT and he’s still here nearly 30 years later with an impressive track record of leadership and company success. Thanks to eSolutions for supporting HIStalk.

I asked some folks to help me put together a media kit for companies that are interested in sponsoring HIStalk and probably think twice after seeing the primitive one I unskillfully cobbled together years ago. There’s a link on the top menu. 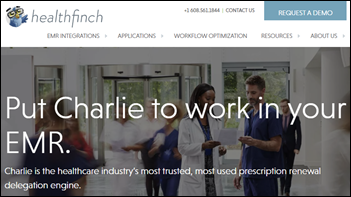 Doctor on Demand raises $75 million in a Series D investment round that brings its total funding to $236 million.

Truepill announces a $25 million funding round and the launch of an integrated telemedicine service that will leverage the company’s in-house EHR. The B2B online pharmacy powers fulfillment for brands like GoodRx, Nurx, and Hers.

For-profit Cancer Treatment Centers of America, which operates five hospitals and five outpatient centers, is evaluating buyers who appear willing to acquire the company at a valuation exceeding $1 billion. Six potential bidders are involved, insiders say, and two of them are private equity firms that are teaming up with huge, not-for-profit health systems (that is certainly interesting). The company started out in 1988 by embracing an out-of-network model for out-of-state residents, but has moved to an in-network model with health system partnerships.

Scotland-based charge master and cost management systems vendor Craneware reports $71 million in annual sales, the same as last year even though revenue took a Q4 hit due to COVID-19’s effect on its US customers. EBITDA for the year was up $500,000 to $24.5 million. 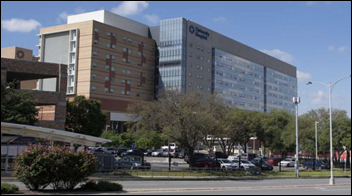 After a pandemic-induced two-month delay, University Health System in San Antonio will go live on its $170 million Epic project this weekend.

Henry Schein Medical integrates its VisualDx clinical decision support system with Medpod’s telemedicine solutions, for which it is the exclusive distributor. 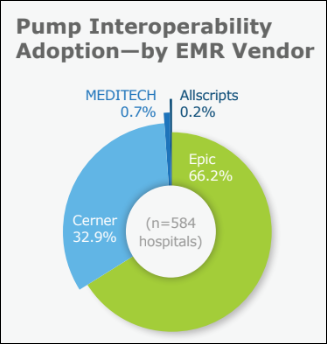 KLAS looks at bidirectional interoperability between smart IV pumps sold by BD and ICU Medical and EHRs from Cerner and Epic. ICU has 26 organizations live on interoperability and offers strong project guidance, while BD’s 104 live organizations benefit from standardized implementation but don’t always get help with non-standard problems. Epic and Cerner users wish they would make smart pump interoperability a priority with more timely updates, better documentation and verification workflows, and actionable reports, with the sites that are happiest being those who use their own employees to drive improvements and write reports.

The VA issues an RFI for a robotic process automation tool that can help import external patient documents into its EHRs (both VistA now and Cerner later). The VA has suffered from a huge backlog of external documents since 2014, when veterans were allowed to seek care outside the VA and those external providers often provided only paper copies of the resulting patient records. The VA is looking for a system that can handle internal folders, email, fax, paper, electronic exchange, and API access to its referral management system.

It’s like COVID déjà vu from March, as the country’s many hotspots are one again reporting PPE shortages, lack of testing supplies, long delays in receiving test results, and lack of available ICU beds.

Arizona reported 4,000 cases and a shocking 35% test positivity rate as the US reported more than 60,000 new cases on Wednesday. Florida reported 9,000 new cases, a 19% test positivity rate, and 120 new deaths. Hospitalizations have more than doubled over the past four weeks in several states, including Texas with 4.8 times the previous number and excluding Florida, which does not report hospitalizations. Mississippi says five of the state’s largest hospitals, including University of Mississippi Medical Center, have no available ICU beds.

PPE shortages are forcing neurologists, cardiologists, and oncologists to leave their offices closed and their patients without care. AMA President Susan Bailey urges the White House to invoke the Defense Production Act for PPE and to develop a coordinated national strategy. Caregivers are being ordered to see COVID-19 patients even though no N-95 masks are available and a Houston hospital has told its doctors to reuse single-use masks for up to 15 days.

Sacramento County, CA closes five COVID-19 testing sites because they can’t get basic test supplies. They’ve asked Quest Diagnostics for help, but the company says it is already at capacity. The county says that’s OK anyway since it’s taking 8-9 days to get results back from tests that are perform several days into the suspected illness, making testing pointless – someone with a known positive result would be quarantined for just 14 days, meaning they would complete their isolation (assuming they do it) before seeing their results.

Vice-President Pence says CDC it will soften its just-published school opening guidelines after President Trump scolded CDC on Twitter for being too tough, then threatened to cut off funding for schools that don’t reopen by fall. CDC Director Robert Redfield, MD later clarified, however, that CDC won’t change the recommendations, but instead will provide additional guidance. 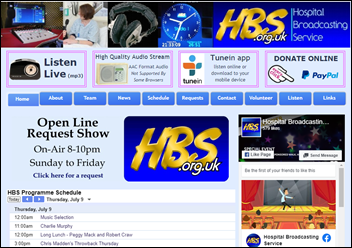 We should do this in the US. Volunteers at Glasgow, Scotland’s 50-year-old, donation-supported charity Hospital Broadcasting Service work from home 24 hours per day playing music, offering friendly talk, and dedicating songs to patients that they or their love ones have requested by text message or email. Listen live and you might hear some surprisingly contemporary music as I did. On-demand video streaming, podcasts, and generic satellite radio leave me feeling disconnected with the world, which is nice sometimes but not always, and it must be worse when confined alone in a hospital bed with too much time to assume the worst.