This week’s tour through the virtual physician lounge brought news of additional departures among my physician colleagues. Although several were accelerations of planned retirements, others were not only unplanned, but unwelcome.

A local physician group decided to lighten its headcount by nearly 50 physicians. Their selections seem to have been made along economic lines, with primary care and non-procedural specialists hardest hit. Those who have the ability to drive surgical volumes or high-revenue procedures seem to have been spared. The majority of physicians who were terminated were over 55 years old, and a good number of them are planning to just stop practicing because they feel the prospects of finding a job at that stage of their careers are slim. Several of the younger physicians are also planning to hold off on looking for new positions, opting to assume stay-at-home parent roles instead.

For those who had planned to retire but accelerated their timelines, COVID-19 played a significant role. The financial impact caused intense pressure, especially among the smaller primary care practices that tended to run month-to-month with their finances. Even if they could return to seeing patients, some were concerned they would be unable to get the personal protective equipment needed to run their practices safely or to pay the exorbitant prices being asked.

Others were concerned about their own health. New data from the Centers for Disease Control shows that COVID-19 has killed more than 300 health care workers in the US and sickened 66,000. Those are scary numbers. For those who have the resources to leave the industry, I can’t blame them.

The idea of bringing home COVID-19 to a family or loved one is another influencing factor. The University of Arkansas for Medical Sciences (UAMS) recently surveyed their caregivers to assess acute stress among health professionals. Staff returned over 800 responses in early April and the University used those responses to help shape its response. The top fear identified was the need to keep family members safe after caring for patients who are suspected or confirmed to have COVID-19. The lack of personal protective equipment was another major factor, with one respondent using “PPE” 25 times in their response.

The university responded to those concerns by discussing PPE status in their communications, in addition to statistics on ICU beds and ventilators. Although that may have been reassuring to their clinicians, I know that when my own organization discusses its PPE status, I’m not terribly reassured.

An interesting finding in the survey was that many respondents felt that the pandemic increased their sense of purpose, reminding them of why they chose healthcare as a career. I know I personally am tired of hearing “that’s what you signed up for” when I try to talk about the stresses of in-person care with non-medical friends. Actually, no I didn’t sign up to care for patients during a global pandemic with inadequate protective gear. I didn’t sign up for fighting a forest fire while wearing flip flops.

“What I signed up for” was in fact gone by the time I got there. We all know that the idea of an old-timey family physician who sees patients across their lifespan was killed off by the insurance industry, constant switching of plans by employers, and market consolidation by hospitals and health systems. I’m lucky that I found something else to fall in love with that actually exists, and that’s clinical informatics. But I digress.

Digging deeper into the Arkansas data, the UAMS associate dean for faculty affairs is quoted in the AMA article as saying, “The vast majority of people in our organization – about 62% – felt valued by the organization. So that was important for us to hear too.” Certainly, that’s a majority, but I’m not sure I’d call it a vast majority, since 38% of the people don’t feel valued. That’s a big chunk of individuals who are likely carrying some resentment and bitterness.

He goes on to say that, “If there is one bright side of this crisis, it is that people will now value healthcare workers more and recognize the values and risks associated with our practices.” I’m not sure I’m seeing that where I live, where some of my colleagues have been told that they and their families are not welcome in their houses of worship due to concerns about infection risk.

I’m also starting to see some divisiveness among my colleagues. There is definitely some survivor guilt among those who kept their jobs while their partners and colleagues were terminated. There is also quite a bit of mudslinging against practices that are offering antibody testing, since the CDC doesn’t recommend it for individual patients, but plenty of practices are doing it in an attempt to shore up the bottom line. 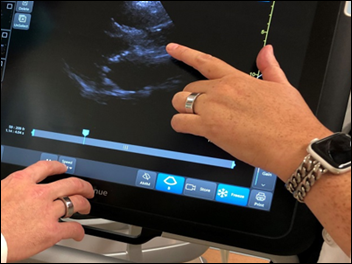 Physicians who have continued to work or who have recently returned are still scrambling for strategies to protect themselves from the pandemic. I was excited to hear about a technology effort for early detection. Although it won’t prevent COVID-19 infection in an individual, it may help reduce the spread, identifying early disease since we don’t get to quarantine when we’re exposed. Investigators at Florida Atlantic University’s Schmidt College of Medicine are hoping to use a smart ring to identify physiologic changes that could indicate COVID-19 infection. It’s part of a larger effort led by the University of California San Francisco looking at both frontline healthcare workers and the general population.

They’re using the Oura smart ring to track heart rate, temperature, movement, and sleep data, which they meld with daily surveys in an attempt to predict sickness. It looks a bit like a wide, flat wedding band. Although a smooth surface is probably the least of the evils for hygiene purposes, it would be better to not be worn on the hand at all since being jewelry-free is recommended for those caring for COVID-19 patients.

The study will also follow participants with weekly viral testing, although they’re fortunately using a saliva-based test developed in-house rather than the dreaded nasopharyngeal swab. They will also receive antibody testing twice during the 12-week study. Maybe Oura could acquire some technology from the folks at now-defunct Ringly. I still love my bracelet even though most of the features are no longer supported.

How are you coping in the post-COVID world? Do you feel valued by your employer? If you were terminated, would you stay in healthcare? Leave a comment or email me.