KLAS: Is it me or does it seem odd to rank vendors based on such small sample sizes? n = 6 is not exactly a big sample when considering there are ‘000s of hospitals in the USA to award top spot. I suppose at least they front up to the fact by publishing sample sizes as opposed to most obtuse and ropey awards out there. (Plucky Brit)

As one of the couple dozen companies sending a petition to HIMSS, I’ll just say that some large companies (some very large) who were originally signatories to the petition have dropped out, possibly when they saw their logos on the letter. Regardless, HIMSS should continue to be made aware just how unhappy the industry is about their actions. (Ed Chung) 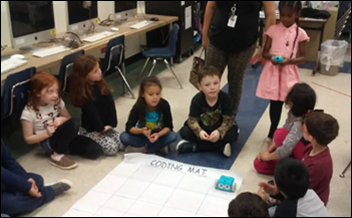 Readers funded the Donors Choose teacher grant request of Ms. M in Texas, who asked for programmable robots and board games for her kindergarten and first grade technology classes. She reports, “Having Kinderbot and Botley have allowed them to have first hand experience with block coding. They immediately wanted to get to know them by name and play with them. Their colorful appearance was visually engaging and the child friendly buttons made it easy to use. This allowed them to be more actively engage in learning and feel successful as they completed an assignment. Again, we greatly appreciate your donation! It has opened my students’ desires to learn more about coding, and it has allowed them to feel successful and more willing to challenge themselves. Thank you!” 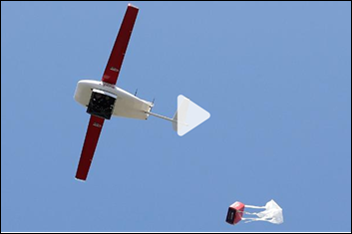 Novant Health is running 10 test flights of drones each day, using the 11-foot aircraft to deliver PPE to one of its hospitals in exploring the option for future health crises.

A Texas doctor recommends that residents change their face masks for summer, choosing lighter masks “much like men in North Texas change their cowboy hats in style during the summer.” 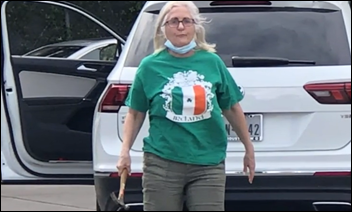 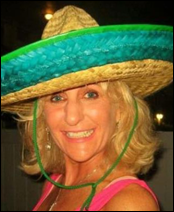 A Texas woman is arrested for threatening an Ecuador-born medical resident (who has been treating COVID patients) and her husband with a hammer in Houston, where she ran after them on the street screaming, “You Mexicans, get out of my f—ing country.” Her family, many members of which are Latino, say she was drawn to extremist political beliefs and possibly experienced mental decline after losing her job as a nuclear medicine technologist and medical sales specialist. Her resume says she is “HIPPA certified.” 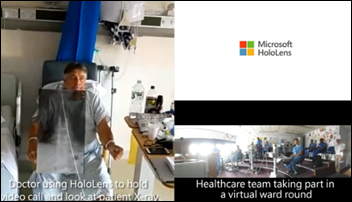 London doctors are using Microsoft’s HoloLens 2 mixed reality headsets with Remote Assist 365 software to conduct virtual rounds on COVID-19 patients, reducing PPE usage by sending in just one doctor whose encounter can be broadcast to other team members who are away from the bedside. The system also displays diagnostic images and lab results. 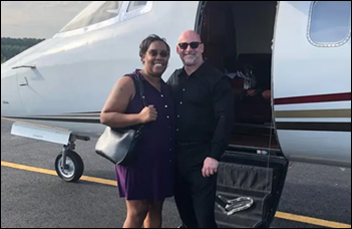 A Las Vegas couple is charged with $13 million in Medicaid fraud after posting social media photos of their private jet, piles of newly delivered Tiffany boxes, an Aston Martin, and a Bora Bora vacation. The wife started a fake home health company, cross-checked obituaries against North Carolina’s Medicaid eligibility tool, and then back-billed those accounts for fictitious charges. The husband’s Instagram is full of biblical quotes about honesty and hard work.

Three boys in Bolivia are discharged from a week-long hospital stay after they provoked a black widow spider to bite them in hopes of gaining Spiderman-like powers.