MDRX shares dropped 6% in after-hours trading immediately following the announcement after closing up 6.5% on the day. The company’s market capitalization is $952 million.

I fixed HIStalk’s mobile layout, also adding an option to place an icon on your device’s home screen to enable one-click access.

Shares of embedded communications technology vendor Twilio, which Epic recently chose to power its telehealth offering, rose 25% Wednesday after  the company reported a Q1 revenue increase of 57% to $365 million. The company also raised Q2 revenue guidance by another 35%. Twilio is valued at $22 billion.

The US Court of Appeals upholds a district court’s dismissal of a class action lawsuit against EClinicalWorks in which the estates of two deceased patients claimed that errors in ECW’s system displayed incomplete or inaccurate patient data to providers. The appeals court says the plaintiffs lacked standing to sue because they provided no proof that anyone was harmed.

CVS Health announces Q1 results: revenue up 8%, EPS $1.91 vs. $1.63, beating analyst expectations for both. The retailer saw a 600% jump in telemedicine visits through its MinuteClinics, part of an overall spike in its digital services that helped the essential business realize first-quarter sales of $67 billion. 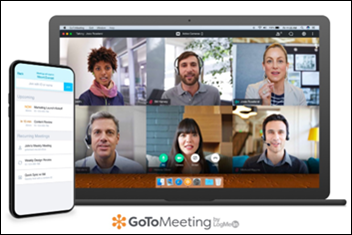 LogMeIn releases a healthcare edition of its GoToMeeting videoconferencing platform that meets HIPAA requirements by offering a Business Associate Agreement, with a cost of $16 per user per month for unlimited sessions and minutes. 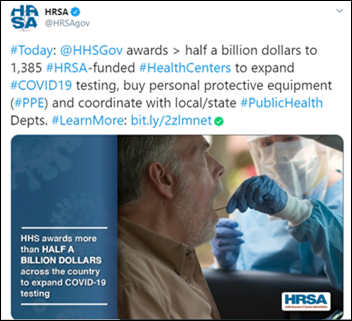 HHS publishes a list of the 142,000 healthcare providers that received money from the $50 billion HRSA Provider Relief Fund, in which money was paid based on their Medicare net patient revenue. The median payment was $9,600, the average $142,000. The top 10 recipients are: 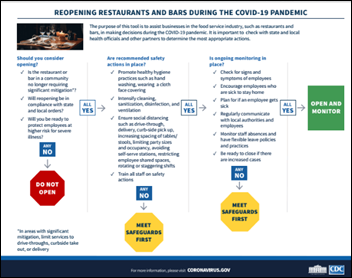 The White House rejects CDC’s recommendations — which it commissioned — on when and how state and local officials should allow business owners, restaurants, schools, and churches to reopen. “Guidance for Implementing the Opening Up America Again Framework” was supposed to have been published Friday, but the public health agency’s scientists were told it “would never see the light of day.” The White House repeated in a Wednesday briefing that states are responsible for their own COVID-19 response.

A Premier survey finds that hospitals will need to expand their COVID-19 testing capacity by more than 200% to even partially resume full services. The hospitals say they are constrained by lack of testing reagents (41%) and swabs (40%). Most hospitals hope to screen employees for coronavirus symptoms before resuming non-emergency procedures, but just 32% say they have enough COVID-19 tests for frontline workers, so most will limit testing to those employees who exhibit symptoms. 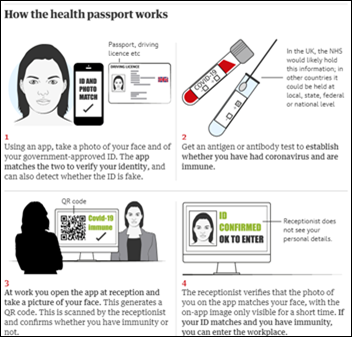 Government officials in the UK consider rolling out “immunity passports” to qualifying individuals as part of forthcoming plans to ease the country’s lockdown. The digital certificate would incorporate facial biometrics and antibody test results into an app that employees could use to gain entry into their workplaces.

NIH launches a study to determine whether the low number of reported cases in children is due to natural immunity or infection without symptoms. 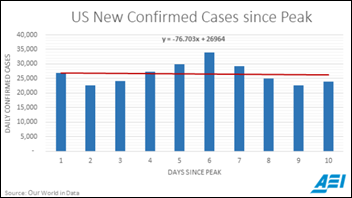 The US — unlike Italy, Spain and China —has not seen a significant decrease in daily new cases following the infection’s peak, which occurred here on April 26, causing former FDA Commissioner Scott Gottlieb, MD to warn that the virus could continue as a “slow burn of infection across the country … we still have a lot of infection.”

Axios reports that some White House officials believe that COVID-19 death counts are being inflated because hospitals get paid more for treating coronavirus patients. Other insiders believe the actual number is lower because presumptive cases are not being verified by autopsy, also noting that data reporting standards are not uniform.

An MIT Technology Review article says epidemiologists and public health experts struggle to draw population-level conclusions from COVID-19 testing results, as each state sets its own standards for data collection and reporting. Some states still accept provider reporting via fax and Excel. The results of at-home tests won’t necessarily be reported to the state at all, and those tests have varying accuracy. The authors recommend using CDC’s FHIR-based tool to report directly from EHRs and non-profit Logica has developed an open source interoperability platform for health system COVID-19 reporting. Experts say that it would be ideal if the federal government took the lead on public health data efforts, but that isn’t likely to happen. 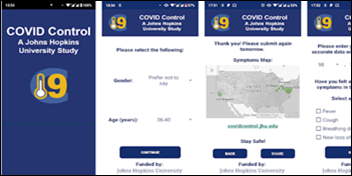 Johns Hopkins University updates its COVID Control study app, in which volunteers submit their temperatures and any symptoms daily to detect outbreaks.

In England, Imperial College epidemiologist Neil Ferguson — whose group’s prediction of massive numbers of COVID-19 deaths in the absence of mitigation strategies led the UK and US governments to implement drastic measures — quits his UK government advisory role after a newspaper reports that he broke the stay-at-home rules he advocated by allowing his girlfriend to visit him. Complicating the issue is that both Ferguson (called “Professor Lockdown” there) and his girlfriend are married to other people, each of them have children at home, Ferguson has tested positive for coronavirus, and the woman says her husband is showing symptoms.

Germany-based hospital and dialysis center operator Fresenius is hit with a ransomware attack. US and UK government cybersecurity centers warned Tuesday that state-sponsored hacking teams are targeting organizations that are involved in COVID-19 response.

A JAMIA-published study looks at how Mayo Clinic’s move from Cerner to Epic affected its patient satisfaction scores, concluding that the scores dropped significantly and didn’t return to previous levels for 9-15 months. Areas most affected were access, wait time, and receiving information about delays. Satisfaction dropped before go-live, which the authors hypothesize was due to schedulers using two systems and implementing new processes as well as pulling team members offline for training. 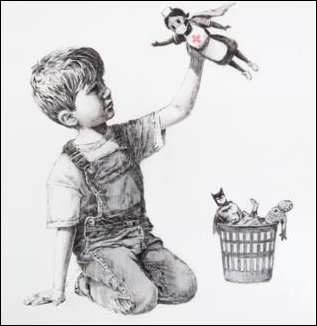 In England, anonymous artist Banksy creates a painting for Southampton General Hospital depicting a child replacing his superhero dolls with one of a nurse. 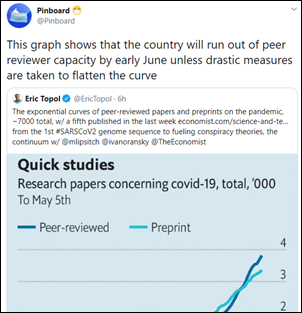