ONC publishes a six-page summary of changes that were made to the draft version of HHS’s interoperability rules in producing the just-released final version that took public comments into account:

ONC will host a series of webinars that explain the new rules starting Wednesday, March 11. 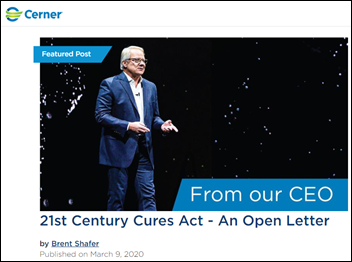 I asked Cerner to provide a high-level summary of what the new regulations mean for developers: 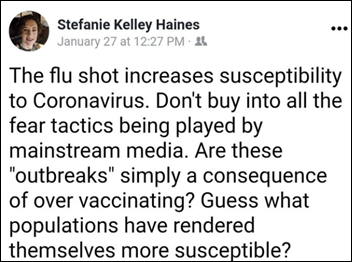 From Jake: “Re: coronavirus. The clinical director for a regional hospital in Oregon, which is undergoing a COVID-19 outbreak, is peddling rumors that the flu vaccine makes you susceptible and recommending $200-$500 immune system testing through her side business. Unconscionable.” Stefanie Haines – who has a BS in clinical laboratory science and a doctorate in healthcare administration – also owns the local fitness center, which is a member of a national chiropractic group that sells various snake oils, like vaccine detox. She uses her Facebook page to push debunked conspiracy theories about vaccines, promotes the fitness center’s own services, and claims that coronavirus is a deep state conspiracy that can be prevented by using her immune system tests and nutritional supplements. You will rarely be wrong if you assume that people and companies will do the most profitable thing over the right thing.

From Amtrakker: “Re: HISsies. Epic again? Seriously?” HIStalk readers did the nominating and voting as always, with me doing nothing except shelling out $99 for SurveyMonkey so I could tie ballots to the email addresses of HIStalk subscribers to prevent the ballot box stuffing that would be guaranteed with the typical online poll. I always hope for dark-horse winners to make my job more exciting than just copying Epic / Judy / John Halamka / KP / beers with Bush slides over year after year to announce the winners, but the majority rules. 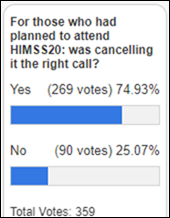 I’ll change out this week’s poll early since folks voted quickly, in which three-fourths of respondents said HIMSS did the right thing in cancelling HIMSS20.

New poll to your right or here: To what level are you avoiding crowded places and unnecessary travel due to COVID-19 concerns? I would not want to be in the cruise industry right now – I checked a couple of websites and the discounts are massive, such as an eight-day cruise on a highly rated ship for $299. Ships are still leaving ports, even Seattle, and returning to discharge petri dish passengers to go home all over the country.

I posted a list of sponsor virtual sessions that were repurposed from the lost HIMSS20. Most of them are, like their original counterparts, scheduled for this week. It’s a good time to get some desk-side education.

It is time (pun intended) to stop with “EST.” It will be “EDT” until November 1, or just “ET” if you want to wash your hands of the distinction in favor of a year-round replacement that prevents you from embarrassing yourself. 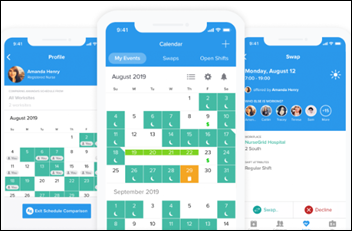 HealthStream acquires 20-employee nurse scheduling app vendor NurseGrid for $25 million in cash. Nurses use its mobile app to manage their schedules, trade shifts, and communicate with each other, while managers use it to publish work schedules. HealthStream expects the money-losing company to contribute less than $500,000 to its revenue in 2020.

Genstar Capital recapitalizes ConnectiveRx, continuing as the majority investor and bringing in new funds as minority participants. The company has doubled in size since Genstar’s initial investment in 2015. 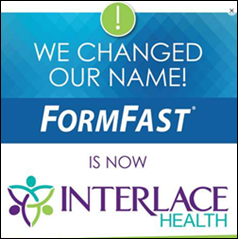 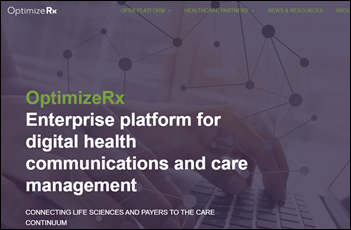 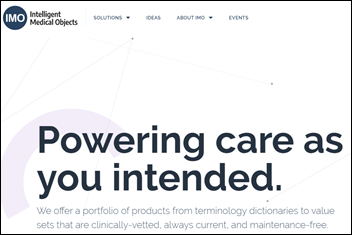 Intelligent Medical Objects partners with Perspecta and the Regenstrief Institute to integrate its Precision Patient Summary with the clinical data viewers of those organizations, which includes the VA through its use of Perspecta’s HealthConcourse. 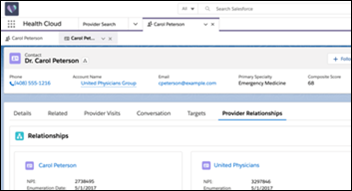 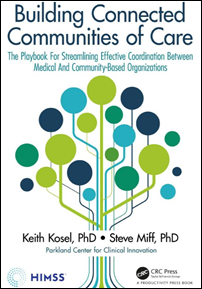 AMA will fast track development of a CPT code for coronavirus tests.

Premier expressed satisfaction with the new ONC rule, but would like to see more security and privacy requirements implemented for third-party app vendors. They are also disappointed that CMS does not go further to reduce provider burdens, particularly with the new ADT Conditions of Participation requirements and their accelerated implementation timeframe. 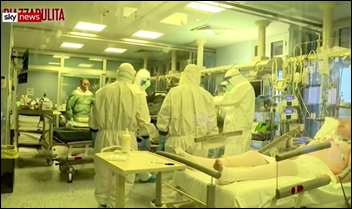 ICU doctors in Italy warn that government reassurances aside, conditions there have deteriorated as COVID-19 ramps up: 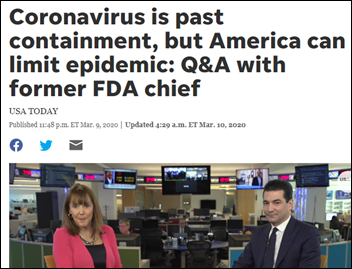 Former FDA Commissioner Scott Gottlieb, MD says it’s too late for COVID-19 containment and thus contact tracing is a waste of resources, predicting that more widespread testing will reveal existing large outbreaks. He says the next two weeks will be “very difficult” and urges shutting down movie theaters and other places where people gather indoors, requiring business to offer teleworking, and slowing transportation. He also says that while coronaviruses usually don’t circulate in the summer, nobody knows about this one. He says that March and April will be tough months, but the epidemic curve could start to go down at the end of April and the situation should improve considerably by summer. He says sporting events such as the NCAA’s Final Four may need to played in empty gyms and conferences should be cancelled: “Do you want to continue to hold conferences and have to run the risk that your entire attendee list is put into a quarantine because there was someone there who is infected?” He concludes that COVID-19 is a pandemic even though WHO is “not wanting to label it yet out of some odd sense of political correctness that I can’t fully appreciate.” 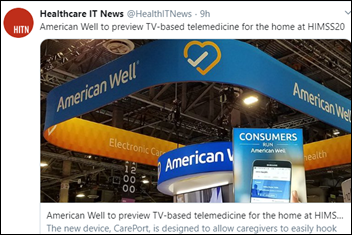 It looks as though the “FHIR Festival” website has gone dark, which I assume is because HL7 and maybe HIMSS expressed minimal amusement at its use of trademarked terms. It was a parody site, which is legal to the extent that you can afford lawyers to argue your case. The good news is that it wasn’t really all that funny once you recovered from that initial small giggle from being caught off guard.