I’m grateful to Mr. H for posting the list of companies who have decided to cancel their attendance at HIMSS20. I think it’s useful for people to be able to plan their activities for the meeting and decide whether it will be valuable for them to attend.

Like Mr. H, I’m still planning on attending. I’m curious about the panel of medical experts that HIMSS has supposedly convened to advise them on the issue and whether they would even consider cancelling given the announcement that President Trump will be delivering a speech. HIMSS has clarified that the speech is not a HIMSS event but a White House event that happens to be occurring at the same place as HIMSS. This is a bit disingenuous since HIMSS controls the convention center for the whole week and had to agree to it.

A reader reported that the planned security protocol includes “no bags allowed in the keynote room,” which should be interesting. At least at the Daytona 500, I could bring a cooler containing up to 24 adult beverages along with a 17-inch backpack to see the President. We’re only a few days away, so we’ll have to see how things play out.

I still find it somewhat unthinkable that many healthcare organizations can’t get masks but HIMSS said they would be handing them out, although mention of masks was missing in the March 3 HIMSS Coronavirus update email.

The organizers of the Redox / AWS / PointClickCare party reached out asking registered attendees to confirm whether they would still be there or if their plans had changed. The sheer scope of potentially unused (but paid for) alcohol that won’t be appearing in glasses at HIMSS is staggering. I’d be interested to hear (anonymously, of course) about HIMSS-related contracts and when the deadlines are to lock in headcounts versus what kinds of refunds might occur for a cancellation.

From Gentle Reader: “Re: HIMSS. I’m attending on my own dime as well. If canceled, I like the idea of going anyway, to lounge poolside. My wife might object. Maybe there could be a spontaneous conference, flash-mob style, of unrefunded, self-paying attendees. I’m resigned to getting the virus eventually from my kids, if not in the clinic, so maybe I’m less concerned about going.” Ditto here. I’m exposed to everything in the clinical trenches and agree with the sentiment that it’s likely only a matter of time. See you in Orlando! 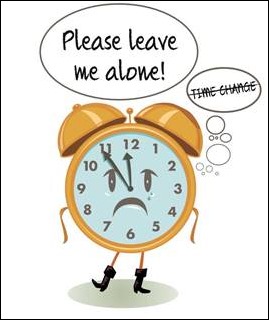 I’m not looking forward to the upcoming spring time change. A recent Current Biology article notes an increase in the risk of fatal traffic accidents in the week following the time change Researchers looked at data on over 700,000 motor vehicle accidents from 1996 to 2017, finding a 6% increase in accidents during the week immediately following the clock change compared to the weeks before and after. My outlook calendar is still messed up, so I’m curious what it will look like after 2 a.m. hits.

Lots of chatter about the role of telehealth as it relates to COVID-19. Vendors are positioning themselves to handle increased utilization while they create the policies and tools necessary to handle potential cases. Payer and provider organizations are also beefing up their infrastructures.

In some ways, it may be easier for telehealth organizations to ramp up their capacities than brick-and-mortar practices. Telehealth vendors who are providing direct-to-consumer services don’t have to worry about the time it takes to credential providers with payers. They can also tap vast pools of physicians looking make extra money in their off hours. Many non-telehealth practices, even large ones, are reluctant to even pay for providers to be on-call or in a float pool, so it’s more likely that they’ll try to just pass increased volumes onto existing physicians rather than thinking outside the box with new models.

From the specific vendor perspective, American Well has a webinar planned for March 5 and I plan to be on it. The topic is “How to use telehealth as a key element of your infection control and prevention strategy.” InTouch Health is extending a couple of offers to help support organizations in their preparedness. They can opt for use of the technology free of monthly fees for up to six months with minimal charges for shipping, network setup, and decommissioning. Another option is a software-only offering using an organization’s existing devices. Additionally, refurbished telehealth devices can be shipped to existing customers. They were also hosting an informational webinar but it conflicted with my schedule, so I didn’t make it.

My next post should be from beautiful sunny Florida, unless something changes drastically. I’ll spend the rest of today trying to figure out my wardrobe and of course which shoes I’ll be taking, this year with a focus on comfort. Since Sunday and Monday look to be low-key with fewer meetings than planned, I hope to get some nice walks, in which will be a welcome break from the chill I’ve been in for the last several months. 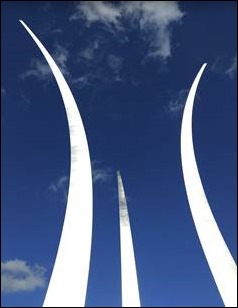 I flew yesterday with the Honor Flight Network, which was truly a remarkable experience. From the moment we stepped off the plane to be greeted by the welcoming team at the Baltimore airport to the final goodbyes from the send-off team at Reagan National, it was well organized. I didn’t see any travelers behaving differently due to coronavirus – no masks, no one (except me due to flu concerns) wiping down airplane tray tables, and plenty of people touching magazines and other goodies at the airport gift shops.

I did, however, see one traveler behaving badly in general because our group of wheelchairs slowed him down by approximately three minutes at the Reagan National checkpoint. Perhaps karma will catch up with the guy that was dropping f-bombs under his breath and giving our veterans dirty looks. To use his words, the only “ridiculous BS” that was happening at the security checkpoint was his failure to pay proper respect to a group of octogenarians and nonagenarians who risked their lives (many as volunteers) to answer their country’s call to service. To the ladies and gentlemen that I had the privilege of assisting, it was truly an honor to spend the day with you.