From CoronaHIMSS20: “Re: Confirmed that Intermountain Healthcare is pulling all their staff back. Our contact there said to expect the same of other provider organizations, both from a practical view plus the optics involved. Siemens has also told its employees that they have pulled out of HIMSS and that all activities must be performed remotely if possible.” A reader told me that Partners HealthCare is also keeping its folks home. Lumiata has also cancelled as an exhibitor. We won’t really know the extent of the no-shows until we get to Orlando because most organizations won’t bother making an announcement. There’s no registration refund, just a rollover to HIMSS21 registration fees, so even HIMSS won’t know how many no-shows to expect if people don’t bother until later. It will certainly be a different environment than in years past. The burning question: will MedData have scones?

From Humana Insider: “Re: HIMSS20. Humana just banned any non-essential travel within the US for the entire month of March. That includes conferences such as HIMSS, so I’m assuming their 20×20 booth will be impacted.”

From Critical Juncture: “Re: HIMSS20. My doctor advised me not to attend due to a chronic health condition that raises my COVID-19 risk. All of my requests to cancel my HIMSS-booked hotel have been rejected even though they say they are making accommodations (no pun intended).”

From Game Afoot: “Re: HIMSS20 exhibitor cancellations. You should squat in the vacant Cisco booth, planting your Smokin’ Doc standee dead center and see if anyone notices or cares.” I received zero ROI from exhibiting, so I’m not sure I would bother even if some cancelling company donated their space. Perhaps an impromptu HIStalkapalooza-lite could be held there in silent concert mode, where we all wear headsets and dance frantically to a soundtrack that puzzled observers can’t hear. I could charge for the headsets, “curate” the tracks as the hipsters say, and donate the proceeds to Donors Choose.

From Elucidator: “Re: President Trump at HIMSS20. Politics aside, should they have invited him?” Every conference would love to have a sitting President show up to validate its existence and the importance of its attendees, and I’m sure HIMSS has extended the same invitation every year regardless of who occupies the Oval Office. I’m hoping (but not betting) that political ugliness will be absent from both sides of the podium since the keynote is supposed to inspire rather than leave attendees arguing with each other. Trivia: HIMSS will now have had two of three impeached US presidents as their keynote speaker, a record that will stand unless someone holograms Andrew Johnson. Here’s my plea – for whoever introduces the President (Hal Wolf, probably), please just get him up there without the usual beaming, glad-handing, and nervous delight at being in the rarefied air of a celebrity who just wants you to shut up and let him speak. I hate it every year when someone from HIMSS takes obviously excessive pleasure in rattling off an overly long and fawning introduction, hand-shaking (or perhaps elbow-tapping this year) with an ear-to-ear fanboy grin, and then inserting themselves into a post-talk analysis or lame fireside chat.

From Derek Smalls: “Re: HIMSS20. Almost all related attendee expenses are non-refundable, including registration fees that just roll over to HIMSS21. Not everyone wants to head to Las Vegas next year, and vendors will go nuts if they cancel HIMSS20 since some of them invest 50% or more of their marketing budget on just this one show. Meanwhile, Orlando theme parks remain open and draw 100,000 visitors per day, European Congress of Radiology is making no change to its March 11-15 meeting in Vienna, and we’ve had two people out of 328 million die in the US from not very many confirmed cases.” It was just announced that ECR 2020, which draws 20,000+ attendees, has been postponed until July 15-19. For HIMSS, the common answer is “stay home if you aren’t comfortable with the risk,” but I wonder how that plays when your employer is an exhibitor and you’re scheduled to work the booth? I also question the “frequent handwashing” recommendation given the large percentage of “healthcare” guys I see in the convention center’s men’s restroom who bolt for the door afterward without a sink stop, including some whose pre-departure position was sitting.

From Bonhomme: “Re: HIMSS20. If a guest in the hotel I’m staying in becomes symptomatic, could they quarantine the whole hotel? What if an attendee is found to have COVID-19 – could they quarantine the whole convention center as in the Diamond Princess?” Beats me, although Florida’s governor just declared a public health emergency after two state residents tested presumptively positive for COVID-19. Let’s hope we’re better at treatment than surveillance because we’ve certainly fumbled that. Meanwhile, I’m thinking about all the employees of Orlando hotels, restaurants, the airport, and the convention center itself who not only have crossed paths will people from everywhere in the past couple of weeks, but who also in many cases can’t afford to miss work.

From DontCoughOnMe: “Re: Amazon Web Services. Pulled out of HIMSS20 citing COVID-19, but wondering if it was related to the Trump announcement, Bezos, DoD, etc.” I think Amazon implemented a company-wide travel ban before the President Trump announcement.

From Dr. Karma: “Re: [executive name omitted.] Fired from [company name omitted] for sexually harassing a small group sales rep. Here’s the email sent to the company.” It doesn’t feel fair for me to name the individual and company over a personnel issue, especially when the email didn’t specifically say why the person was fired. Still, he was indeed let go, an presumably for good reason.

I created a PDF version of my HIMSS20 guide that lists what my sponsors are doing, giving away, and presenting. Download it, print it, whatever works for you.

I planned my HIMSS conference travel this year around an “arrive late and leave early” goal, so I won’t be attending Monday’s events, including the President’s speech. Maybe someone can record it for me. Good luck if you are traveling to Orlando Monday afternoon like me since airports and local roads are going to be disrupted by the President’s visit.

HIStalk drew over 16,000 page views in 13,000 unique visits on Tuesday, the second-highest total in 16 years. The Department of Defense selection announcement on July 30, 2015 generated a few more page views, but with fewer visits, so you could argue that Tuesday was the busiest day ever.

Snap poll for HIMSS20 registrants: will you attend President Trump’s keynote on Monday? I’ve disabled poll comments since I’m not interesting in fomenting disharmony, just curious about how attendees will respond to a newly added session on an odd conference day.

I’m worried about how the opening keynote by the President will set the mood of HIMSS20 when attendees are already in a down mood over COVID-19 fears, new HHS regulations, and a scaled-back conference. Opening keynotes have always been collegial, self-congratulatory, and boring in having some vendor suit babbling on to a restless crowd that is checking their watches, ready to sprint to the exhibit hall opening in a feeling of unity and purpose. It won’t be the same if we start with oppressive security precautions, protests, attendees screaming in each other’s faces, angry heckling, and watching people get removed to the cheers of others. Not to mention that the open bar is next up and there’s nothing like alcohol to stir up the political blood sport. You just know that someone’s MAGA hat will trigger an incident that will end up as cellphone video news.

The list of announced HIMSS exhibitor cancellations that I’ve heard: 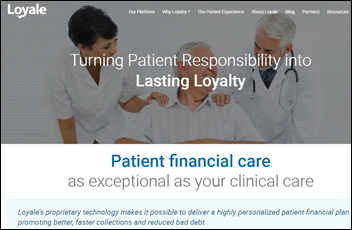 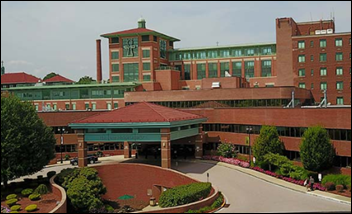 Holy Name Medical Center (NJ) develops Harmony EHR — powered by Medicomp’s Quippe Clinical Data Engine — to replace the multiple EHRs used in its ED, ambulatory, and inpatient settings. Harmony EHR, which will be made commercially available later, will be demonstrated at Medicomp’s Booth # 3559 at HIMSS20. 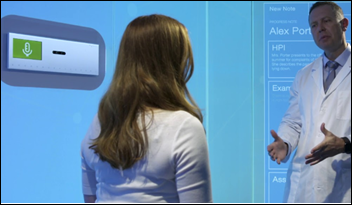 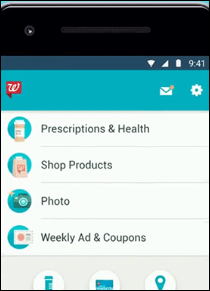 Walgreens says a bug in its mobile app allowed users to see the personal information of other users, such as name, prescription information, and shipping addresses over a week-long period in January 2020. 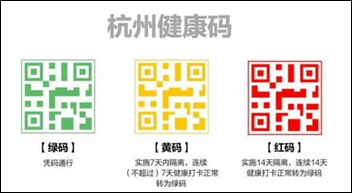 The government of China requires citizens to use a smartphone app that decides whether they should be quarantined for COVID-19, but a New York Times analysis found that it also sends the user’s location and ID to local police for tracking. The Alipay Health Code app uses unspecified big data to assign a user QR code that is green (unrestricted movement), yellow (seven-day quarantine), or red (14-day quarantine). More than 50 million people signed up in Zhejiang Province alone, with one million of them getting yellow or red codes. Employers and housing units are denying entrance to holders of red codes and nobody has explained what it takes to make the red code go away. 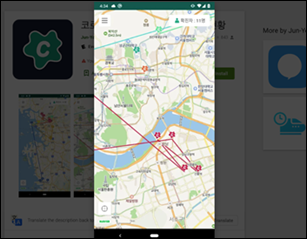 In similar news that could make a great episode of “Black Mirror,” South Korea is deploying apps that use government data to show details of nearby confirmed COVID-19 patients, including date the infection was confirmed, the patient’s demographic data, and their location history. One of the apps issues a smartphone alert if the user gets within 100 yards of a location that has been visited by a COVID-19 patient. 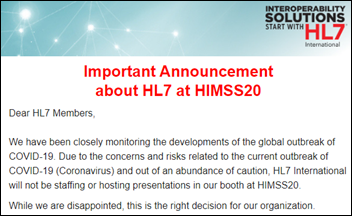 HL7 withdraws from HIMSS20 due to COVID-19 concerns. First-time exhibitor TriNetX also announced that it won’t attend, as have Salesforce, Intel, Cisco, Amazon, and Siemens Healthineers.

Apple will pay $500 million to settle a class action lawsuit that accused the company of intentionally slowing down older IPhones to compel users to buy new ones.

Families in Australia who receive a government childcare subsidy struggle to cover daycare costs after an error in the country’s Centrelink social security payments system cuts off payments to families of children it incorrectly thinks have not been vaccinated, which is a condition of the program. 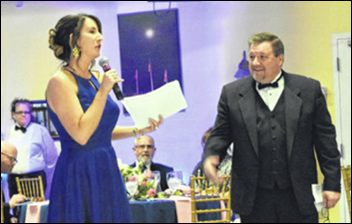 The COO of Cape Fear Valley Health makes an interesting comment at a gala of one of its hospitals, as reported by the local paper for some reason: “There are just awesome people here, and very resilient folks here, and you have been through a lot of things through natural disasters. And if you work in the hospital, you know that one of those is Epic, our new electronic medical record. That was tough as well.”