Shame on the state health system hiring Vendor A without a thorough background check of their employees and shame on Vendor A for hiring 1099 contractors who work for other companies that are bidding for the Epic work. I’m not an attorney; therefore, I don’t know if this is illegal vis-a-vis taxpayer’s or anyone’s money. However, it sure smacks of unethical practices. Independent HIT advisory consultants should have NO ties to any HIT companies, period. (Woodstock Generation)

Being in an enclosed space with 40,000 of your closest friends and their dirty germs with uncertain handwashing habits takes its toll. If they moved it to April I think we’d all be better off anyway, maybe something to think about for next year. (HIT Girl)

The entire clinical informatics community depends on places like Vanderbilt to advance the field. To see how they have restructured and refocused after their Epic implementation is exciting. We all benefit when an institution embraces their system and sets aside resources for clinical informatics research on it. (Andy Spooner)

Vendors should always compensate healthcare providers for their data with equivalent value in some form or another, including product discounts, in order to remain legally compliant. (Grant) 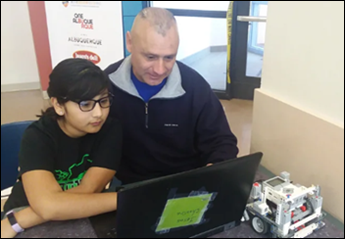 Readers funded the Donors Choose teacher grant request of Mr. L in New Mexico, who asked for programmable robots for his sixth grade class. He says, “From your generosity, students collaborated in learning coding software, developed an understanding that making mistakes can be fun, and that by sharing laptops and robots, everyone could participate. Students had to figure out and practice several math concepts such as angles, degrees and decimals. On Saturday, January 18, 2020, students participated in a Play Shop or Robotics Workshop on the Northern New Mexico College campus. At this Play Shop, a daughter managed to teach her father coding, and a son demonstrated how to navigate a robot through a maze to his father. This resource provided a positive moment for fathers to participate in the learning process. Moments like these will always be cherished by the family. And what about hanging out with your best friends in the classroom and on a college campus? As you can imagine, there were smiles and clapping when a student opened the package containing the robot. Everybody wanted to be the first to touch and code the robot. The next steps will be to continue to share the robot, learn much more of the coding during the day and after school, participate at a RoboRave Rally on the Northern New Mexico College in March, and to participate in the RoboRave Regional Competition.” 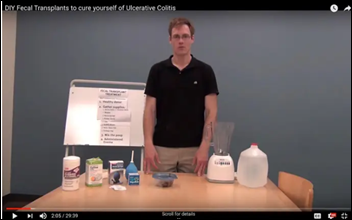 People are following homemade YouTube and Facebook instructional videos to perform at-home fecal transplants, which include instructions on how to find a donor and the proper use of kitchen appliances for mixing (you might want to pass on their dinner invitations).

An ophthalmologist sues a former employee for $2 million for posting a negative Yelp review that accused the doctor of making patients return for unneeded extra visits to inflate bills. The employee, who left after two months on the job, had signed an employee confidentiality agreement (thus the breach of contract part of the lawsuit) and refused to take her review down.

Digital health: police arrest a Gulf Coast Hospital (FL) employee after an elderly patient wakes up to find him licking her toes. The man, who was a sitter in the patient’s room, said he dropped his phone under her bed and accidentally touched her while retrieving it. Meanwhile, a woman sues the Florida hospital where she had received emergency mental health treatment, claiming that a male employee groped her and then asker her how much money and drugs she would need to have sex with him. 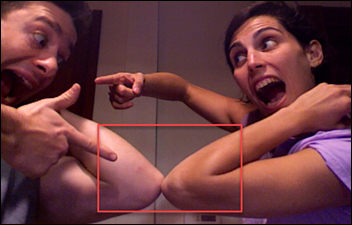 HIMSS coronavirus recommendations or not, this is way too weird for me to even consider at HIMSS20. I would prefer the Namaste gesture, Japanese-style bowing, or that up-and-back-once head nod acknowledgment thing, if indeed any physical gesture is really needed to greet a colleague or exhibitor when you’re already looking at each other and saying hello.

Speaking of HIMSS20, Orlando weather is all over the place, with highs around 70 on some days and then 90 degrees expected mid-week. Last year’s weather on March 9 was overcast with a high of 77 and low of 64. You won’t need a coat unless you’re going home somewhere cold.