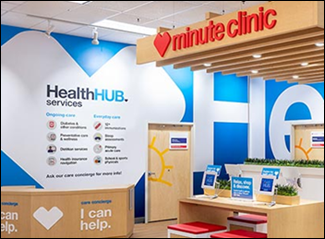 The company, which acquired Aetna in late 2018 and also owns the Caremark pharmacy benefits manager, is tracking at more than $250 billion in annual revenue.

CVS said in its earnings call that nurse practitioners in its drugstore-based HealthHubs can treat 80% of what a PCP can manage. However, the company also added that its Aetna members value their relationships with their PCPs are and looking for local health navigators in a concierge-type program.

CVS says its pharmacists are counseling patients on their health issues by reviewing their combined pharmacy and claims data. It is modernizing its business by using robotics, moving to a hybrid cloud environment, using AI and other technologies in its call centers, and applying analytics to employee scheduling.

CVS shares closed up slightly Wednesday following the earnings announcement. They are up 21% in the past year vs. the Dow’s 12% rise, valuing the company at $94 billion.

From Fickle Pickle: “Re: Atrium Health. Surprised in your mention of AdventHealth’s planned replacement of Cerner with Epic that you didn’t mention Atrium Health’s plan to do the same, announced a couple of months ago.” I’m not sure I knew about that. The organization posted a a bunch of Epic-related jobs in mid-January. Atrium Health has nearly 50 hospitals and 65,000 employees. 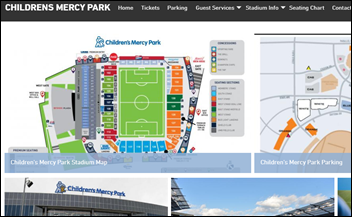 From Half Wit: “Re: Children’s Mercy Hospital, Kansas City, MO. Stands to lose its $500K city subsidy, which coincides with the amount it paid for naming rights for the Kansas City, KS soccer field, home of the team previously owned by Cerner’s Neal Patterson before his death. The hospital says the loss of funding will greatly impact their operations since they rely on it to provide care for uninsured patients.” The city says it had to balance scarce resources and the hospital is making a profit, unlike other local organizations that provide services to children. The hospital’s most recent tax filing shows a $267 million profit on $1.4 billion in annual revenue. Health systems are profit-maximizing entities and this one is obviously hoping to get future profitable business from putting its name on a business whose customers are less likely to be on Medicaid and Medicare, but I can understand why the city might wonder why it is writing checks to a cash machine whose community benefit is indirect at best. The stadium previously bore Lance Armstrong’s Livestrong name – and apparently was paying that organization for the privilege instead of being paid – but that deal fell apart in 2013 when Armstrong finally admitted to doping accusations. I checked on how Livestrong and its ubiquitous yellow wristbands did after the revelations — it reported $15 million profit on $103 million in revenue in 2011, but that had dropped to an $11 million loss on $46 million in revenue in 2018. Fun fact: Armstrong’s Austin, TX coffee shop is named Juan Pelota Cafe, which is funny if you know Spanish and that he had testicular cancer. 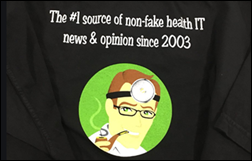 Thanks to the folks who have responded to my annual reader survey. I’ll leave it open for another couple of days, then draw from the respondents for one or more $50 Amazon gift card winners (depending on the number of responses I get). Meanwhile, for the respondent who said they are pining for the return of the Smokin’ Doc, here you go from some T-shirts I had printed awhile back (and like most of my well-intentioned reader swag, that I got stuck with). I still have a box somewhere with several of the six-foot-tall Smokin’ Doc standees we used to display in the booth, and if I were more creative, I would turn them into some kind of Donors Choose fundraising opportunity. 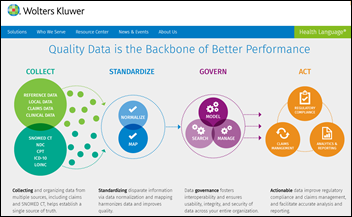 Dr. Jayne’s most recent post called out that most of the country will “spring forward” into Daylight Saving Time on March 8, which is the day before the official start of the HIMSS conference. Quite a few folks who live in the eastern parts of their respective time zones will enjoy leaving the convention center in semi-broad daylight with the palm trees waving.

Speaking of HIMSS, I keep putting off any planning for what Jenn, Dr. Jayne, Lorre, and I will do there, especially since I’m not exhibiting. Usually we just wander around looking and listening for insights to write about, but if you have ideas, let me know. I’ve activated my burner phone at 615.433.5294, although I probably will use it just for text messaging.

Meditation app developer Headspace will use $93 million in new financing to develop Headspace Health, which will offer mental health tools for chronic disease patients. Founder Andy Puddicombe boasts a degree in circus arts and ordination as a Tibetan Buddhist monk.

The Australian Financial Review notes the strong financial performance of imaging platform vendor Pro Medicus as it moves customers to the cloud. The company says US healthcare interest in cloud computing wasn’t significant until Mayo Clinic announced its partnership with Google Cloud. Most of the country’s revenue comes from the North American market, where it offers imaging products under the Visage name, and sales here were up 43% in the most recent six-month reporting period. Pro Medicus is adding AI capabilities and a breast density algorithm that it co-developed with Yale is waiting for FDA’s approval. The two co-founders each hold shares worth $500 million.

Malware causes a system outage across facilities associated with the Pediatric Physicians’ Organization at Boston Children’s Hospital, which has not been affected. PPOC facilities went live on Epic several years ago.

A small survey of health system providers and HIE staff conducted by the EHealth Initiative and NextGate finds that data-entry errors are the top cause of duplicate medical records. Over one-third of surveyed providers say they’ve incurred an adverse event within the last two years due to patient-matching issues. Providers say that a lack of funding and technology are the biggest barriers to patient-matching improvement, while HIE leaders point to insufficient funds and staff. Most respondents seem to be in agreement that federal funding should be made available for a national patient identifier. 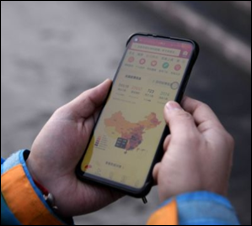 The Chinese government develops an app that alerts users when they come into close contact with a person infected with Covid-19. Experts warn that the app may offer a false sense of security and non-exposure if it can’t detect people who are symptom-free.

A literature review of six smartphone-based skin cancer apps finds that they miss melanomas, produce false positives, are poorly regulated, and don’t inform users of their limitations. None of the six have received FDA approval. 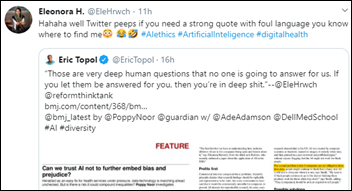 A BMJ article ponders if AI can be trusted to not perpetuate racial bias and prejudice, listing the usual concerns of (a) training the system on a non-representative data set; (b) investor-backed companies whose incentive is to rush a product to market that isn’t ready; and (c) dermatology-focused products that don’t necessarily work equally well on patients of different skin colors. British AI researcher Eleonora Harwich refreshingly concludes in a non-BMJ sort of way, “There is so much hype around AI and these snazzy algorithms that sometimes I feel like people think it will absolve them of the need to think. It will never absolve you from having to think hard about big problems. Technology can’t choose what outcomes you want to achieve, or what type of society you want to be in. Those are very deep human questions that no one is going to answer for us. If you let them be answered for you, then you’re in deep shit.”

Crossings Healthcare Solutions was established in 2014 to provide custom clinical decision support software that optimizes the Cerner Millennium System. Our award-winning MPages and Advisors solutions have been installed at more than 76 hospitals across the U.S., including California, Nevada, Texas, Oklahoma, Florida, South Carolina, Tennessee, Montana and Missouri, as well as Washington DC. These solutions are seamlessly integrated into clinical workflow to enhance usability, efficiency and communication. (Sponsor Spotlight is free for HIStalk Platinum sponsors).