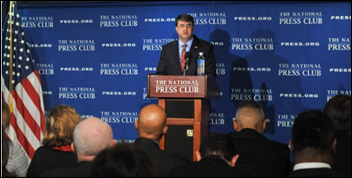 VA Secretary Robert Wilkie says the departure of Deputy Secretary James Byrne will not impact the department’s transition from VistA to Cerner, which is scheduled to begin in late March.

John Windom, executive director of the VA’s Office of EHR Modernization, and Melissa Glynn, assistant secretary for enterprise integration within the VA’s Office of Public and Intergovernmental Affairs, will continue to oversee the day-to-day management of the project.

Wilkie fired his #2 executive Monday, reportedly due to White House frustration with how the VA has addressed the sexual assault complaint of a Navy veteran and staff member of the House Veterans Affairs Committee, who says the event occurred in a VA medical center cafeteria.

From Slurpee: “Re: HIMSS 2020 Most Influential Women in Health IT. Just announced.” HIMSS doesn’t say how it chose the six winners, all but one of whom work for for-profit companies. HIMSS says its own members and certificants get preference, and those who are chosen are also on the hook to contribute free content for HIMSS to use in its publications. I recognize the names of just two of the six, and searching HIStalk finds that two of them have been mentioned over many years. At least they hold responsible industry jobs instead of the usual underachieving tweeters who organizations choose them purely for their potential to provide free PR.

From Rewriting My Resume: “Re: VCU Health. Look on their website tomorrow for Epic job postings.” I see one job now, but I’m sure more are coming as Epic replaces a Cerner/IDX implementation of 15 years. 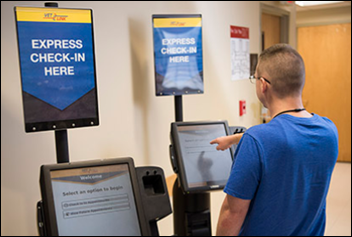 From Kiosk Guy: “Re: VA. They have issued an RFI for 4,200 kiosks. They have failed repeatedly on choosing ADA-accessible units thanks to a sweetheart deal (in my opinion) with Vecna. They seem to favor IPads, but it’s not clear if Vecna is in the running. My guess is that Leidos and Accenture get the deal with backstop from Cerner, while we get another non-accessible solution deployed en masse by a Federal agency.” The VA says it will replace 4,200 end-of-life Vecna VKiosk self-service kiosk devices and is looking for vendors to participate in pilots in the Spokane, WA and Columbus, OH areas. The document says the contractor must meet all ADA requirements, including following 508 standards and offering an audio mode alternative for veterans with disabilities. Required functions include a variety of authentication modes, health screening capability, vital signs capture, patient check-in, appointment reminders, integration with Cerner, digital document signing, patient intake analysis, and optional functions such as wayfinding, HIPAA form signing, and patient check-out and surveys. The VA says the device must support Lightning cables, which seems to indicate that only Apple hardware will be considered. The VA chose Vecna in 2009 and the company previously said it had installed 6,000 kiosks. The contract’s initial value was reported as $120 million and Vecna was awarded at least $30 million in add-ons (that I could find easily by Googling) since then.

Thanks to those who have have completed my quick, once-yearly reader survey, even if only with hopes of winning a $50 Amazon gift card. Just about every HIStalk idea that I act on – some work out, some don’t – come from the results. I work alone without having any actual conversations about what I do and this is the only feedback I get.

Listening: She Drew the Gun, England-based mellow psych pop with big hooks, created by singer-songwriter Laura Roach. Also: Cherry Glazerr, LA-based smart, poppy girl grunge. Videos of Shakira’s Super Bowl performance also sent me her way on Spotify for the first time in awhile, reminding how infectiously energetic the world music of the 43-year-old is, even if she does seem to lip sync a lot at big events.

Verana Health raises $100 million and acquires data science company PYA Analytics. The company analyzes de-identified patient data from registries maintained by the American Academy of Neurology and American Academy of Ophthalmology (both of which have members on Verana’s board) and then sells the resulting insights to drug and medical device companies. Among its investors is Google-owned GV. The company has raised $138 million since 2015.

From the Cerner earnings call, following its Q4 report in which it beat Wall Street expectations for revenue and earning: 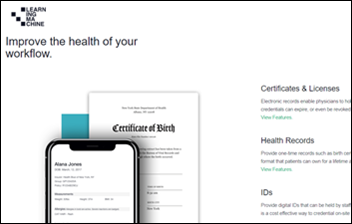 Waud Capital Partners commits $150 million to pursue health IT opportunities in working with former MatrixCare CEO John Daamgard, whose sold the company to ResMed for $750 million in 2018. He was previously COO of Mediware, which was taken private by Thoma Bravo in 2012 (then sold to TPG Capital in 2017 and renamed to WellSky in 2018). Waud’s portfolio includes specialty EHR/PM solutions such as ChiroTouch.

CompuGroup Medical pays $250 million to acquire several Cerner products that are marketed in Germany and Spain — Medico, Soarian Integrated Care, Selene, and Soarian Health Archive. Readers had correctly reported that those businesses were up for sale. 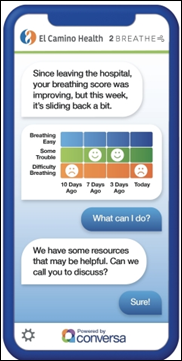 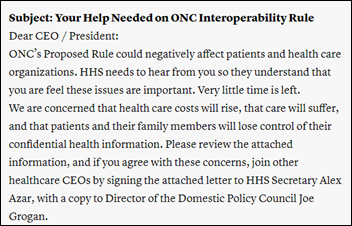 Federal authorities indict Reinaldo and Jean Wilson, husband-and-wife owners of telemedicine companies Advantage Choice Care and Tele Medcare, for their roles in an illegal kickback scheme that swindled Medicare out of $56 million. The couple allegedly orchestrated a ring of providers that ordered medically unnecessary orthotic braces for Medicare patients.

An American Medical Association survey  — of unknown quality since methodology was not stated and most practicing doctors aren’t AMA members (UPDATE: a reader found the methodology and it looks good, even re-surveying the same doctors who participated in 2016) — finds that: