Apparently some Advanced APM payments are going to be slowed for some providers as CMS is missing the banking information it needs to send the payments. The profiles of nearly 2,800 physicians are lacking, but I doubt those folks are likely to see the entry in the Federal Register that includes links to documents where providers can verify if they are on the list. Providers have until February 28, 2020 to submit updated banking information. The bonuses are for the 2017 performance year, so some of those providers may have retired or otherwise left practice.

Missouri is apparently going to try to get it in gear this year, as the state legislature has introduced bills to finally try to create a statewide prescription drug monitoring program. It’s the only state in the nation without such a database, although the St. Louis County database is used by a good chunk of the state in an attempt to provide better care for patients despite the actions of previous legislatures. Several state senators have said they’ll try to block it with a filibuster, and if they do, I hope their constituents think twice about voting for them again. 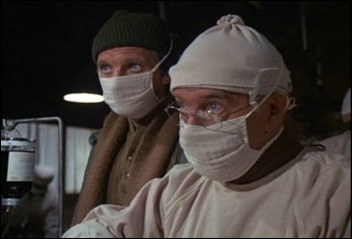 My practice’s “just in time” ordering habits have bitten us, as there has been a surge in mask purchases due to the novel coronavirus outbreak. Masks are apparently on backorder and our supplier isn’t sure when they’re going to be getting any, so we’re no longer giving them to patients and some offices are out completely.

I find our administration’s response to the issue to be lackluster since influenza is still a big issue in the community, having killed more than 10,000 people in the US. Some leaders act as if contracting the flu is just a given, and many of our employees are allowed to stay at the office working even though they should be at home resting. Yet another reason I’m keeping my eye out for a new clinical gig. There’s always telehealth, where my risk of being coughed on by a patient or colleague is zero.

Speaking of telehealth, some of the opposition I hear with regard to that particular care delivery paradigm revolves around “giving Z-packs like water.” The telehealth organization I work with is very particular about antibiotic stewardship and providers are monitored to ensure that antibiotics are given appropriately. I was glad to see some recent analysis on how traditional practices fare in this regard. The study looked specifically at Medicaid claims data over a 10-year period and found that nearly 45% of antibiotics lacked a clear indication for their use. Almost 28% of prescriptions had no associated office visit. The data was from 2004 through 2013, before the rise of telehealth and long ago in the dim ages when patients simply called the office and relayed their symptoms. Of those prescriptions that had an associated office visit, 17% of them had a diagnosis that was not infection related.

The authors note that current strategies to reduce unnecessary antibiotic prescriptions are targeted at the office visit level. However, I would argue that EHRs could augment this by flagging visits where providers prescribe antibiotics with no associated visit. Although an actual warning might be annoying, it would be fairly easy to report on the data and present it for clinicians to review and see how they compare to their peers. Of course, as virtual visits occur, there would need to be further sub-categorization to review those virtual visits specifically for rates of antibiotic prescribing. Other feedback could include in-visit alerts that an antibiotic has been prescribed with no corresponding appropriate diagnosis.

Other beneficial interventions fall in the realm of public health, which as we know is underfunded. Greater patient understanding of when antibiotics are indicated and how to take them appropriately would be the best intervention. I still see too many patients who “took a couple of leftover amoxicillins” before coming to the urgent care for evaluation, which is a failure not only in the current situation, but also in the previous episode of care. Providers also need to know how well they are performing in this regard. I know many physicians who don’t have a clue what their metrics are for antibiotic treatment of respiratory infections, and that’s a shame.

As a blogger, I read a lot of other blogs and the best one I saw this week was Jacob Reider’s, titled: “When sponsored CDS is a crime.” His commentary on the Practice Fusion debacle sums up what he calls “the tension between better health and better profit.” Apparently he had a ringside seat for some initial exploration of the slippery slope of sponsored clinical decision support that led to specific elements of the 2014 Edition of the Certification Criteria for Health Information Technology. He recalls a lunch meeting with Practice Fusion’s then-leader Ryan Howard where they discussed some of the ethics around clinical decision support. Reider is clear that he doesn’t think the opioid situation happened on Howard’s watch, and gives us some visibility into the CDS that was actually in the application. It’s well worth the read.

I also enjoyed this brief Bloomberg Law summary of the HIPAA-related issues that prevent physicians and patients from texting one another. The reality is that it’s time to update HIPAA. The world has changed significantly since the law was passed in 1996. The internet was just a baby then (Netscape Navigator, anyone?) and many people could barely dream of email, let alone APIs and Netflix. In case you’re wondering, other notable things from 1996 include the debut of the Motorola StarTAC flip phone, Dolly the cloned sheep, Nintendo 64, and Tickle Me Elmo.

From Longtime Reader: “Re: app data. Concerns about what happens with our data as we sign up for apps are worthy. That being said, with respect to the big corporate health systems (whether ‘not-for-profit’ or not), the cat has long been out of the bag. We sign away our rights to control our data under duress or blinded by bureaucracy the moment we cross the threshold. Indeed, my primary care doc’s front desk has a signature pad, with no visual presentation of what one is signing for, that memorializes the act, with only some mumbling by the lovely front desk staff about its significance.” I’ve taken to signing those signature pads with something that either only vaguely resembles a signature, or is fully legible but not my name. I’m still waiting for someone to notice. 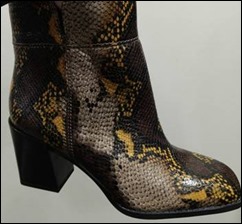 My HIMSS prep is in full swing as I continue the quest for cute shoes that are comfortable as well. They have to work from day to night as I transition from the expo hall to the afterparties, which is a tall order for any footwear. If you have any suggestions, let me know.