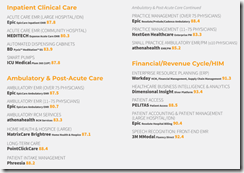 From Dark Crystal Ball: “Re: Practice Fusion. I searched HIStalk and you predicted this in 2007.” I had forgotten this, but I always enjoy re-reading my frenetic “Time Capsule” editorials, which are now themselves in a time capsule since it’s been many years since I wrote them (while working several jobs other than my health system one, thus the “frenetic” part). I said in the one you found from September 2007:

You’ve seen the faltering first steps of ad-powered physician systems, healthcare social networks, and online references. The approaches have been amateurish, but I guarantee somebody will figure out that the real money will be made by giving drug and medical device companies access to prescribers at the point of decision-making. Pay-per-click gets much more valuable when presented in context to free EMR content and patient-specific information. Say, do you really want to order Drug A? Why not try Drug B instead, especially since this patient has renal problems and we’re offering a special price? Click here for our convincing medical references. In fact, we’ll buy your whole office lunch if you’ll just click OK instead of Cancel.

From Vaporware?: “Re: DoD oversight report on Project Genesis. Takeaways: it provides no updates on previous failures in interoperability, fitness of purpose, and usability, all of which are presumably now part of final testing at Wave Travis. It also notes that patients are at risk because of Cerner’s failure to meet DoD cybersecurity requirements even three years after go-live. Summary: things are improving, like from an F- to F+, after all those billions have been spent.” The high-level summary report for 2019 doesn’t provide a lot of detail, but known cybersecurity shortcomings are obviously a focus.

From Curious: “Re: Cerner. Reddit users say Cerner will lay off employees in its offices in France, Spain, and Portugal in February.” I suggest taking Redditors with a grain of salt, but some of the unverified comments say:

From Virtuous Visit: “Re: telehealth. You said before you hadn’t had a virtual visit. Still true?” Somewhat. I’ve reached out to my $70 per month concierge doctor a couple of times for minor, one-time problems, like my first-ever allergic reaction and a swollen toe. He has no incentive to make me come to his office needlessly since he isn’t billing separately, so in those cases, my situation’s description – from a text message sent to his cell phone with or without an attached photo – was enough for him to confidently send in a prescription and follow up afterward. I have few health needs otherwise, but it is empowering to be able to text him at any time on any day, to hear back immediately, and to have a prescription in the drugstore’s hand minutes later and mine not long after that. I trust him to tell me if I would be better off coming in, but most issues aren’t of the “laying on of hands” variety. It’s liberating but unfortunately rare in healthcare to be treated as a paying customer.

From Cloying Aftertaste: “Re: HIPAA covered entities. You aren’t one if you don’t bill electronically.” Correct. My concierge doctor, for example, is not bound by HIPAA since he doesn’t bill electronically using HHS standard formats. People sometimes forget that aspect of HIPAA, probably because most providers send electronic billing transactions. Or they think that HIPAA offers general privacy protection for healthcare data, which it most certainly does not. 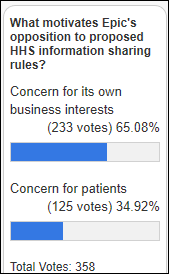 Two-thirds of poll respondents suspect that Epic is motivated by its own interests and not those of patients in opposing HHS’s proposed interoperability rules.

New poll to your right or here: Which of the following would you check before allowing an app to access your health system-stored patient information? 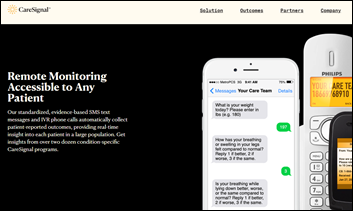 Last chance for HIStalk sponsors – tell me about your HIMSS activities and I’ll include you in my guide.

Healthcare staffing firm AMN Healthcare will pay $475 million to acquire video-based hospital interpreter provider Stratus Video, which reports $34 million of EBITDA on $119 million in revenue. I didn’t realize that the medical translation business was that significant, but laws don’t give providers a choice. 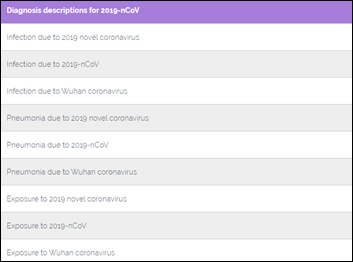 A New York Times article describes the increasing number of prescription mistakes that result from chain drugstores holding their pharmacists accountable for high productivity metrics and forcing them to work the drive-through window, give flu shots, and answer phones. Among the issues:

Weird News Andy is more tolerant than I of people who are paid to write who nonetheless do it poorly, but he draws the line at this article, which he says contains one of the worst-written sentences ever in “They are a very rare form of ovarian cyst, which are common in women” (the cysts? ovaries?) He also ponders how the writer knew the doctor was smiling behind his surgical mask, which hides his expression.