Faulker says the proposed changes would not protect patient privacy and would allow patients to send their information to apps whose developers could then sell or exploit their information.

Epic walked back the lawsuit talk the day after Politico ran its story, saying it would prefer to instead work with HHS to fix the proposed rule.

I won’t comment on other vendors’ activities. However, what I would say is that wellness and lowering the cost of care are truly enabled by putting a patient’s complete medical record in front of their physicians. Most notably, at the front line of wellness, which is their community physicians. I struggled a little bit to understand why blocking that data under the banner of patient privacy really makes sense, especially given how much patient-identified data is already being shared by some health systems with other companies that aren’t directly involved in the treatment of patients. It seems a little contradictory and emblematic of business and competition being put before care.

Meanwhile, Apple, Microsoft, and Salesforce will participate in a Monday HHS meeting to support the proposed interoperability rules.

From Ushuaia Fuego: “Re: Komodo Health. Ever heard of them? They got $50 million in VC funding and claim to have access to data on 300 million patients, but I can’t figure out where that data comes from.” The company said last year that it was getting the de-identified information of 50 million patients from Allscripts ambulatory systems, but the 300 million number must come from insurers since it describes them as “150 payer complete datasets.” The company was recently featured in a Nature article titled “15 ways Silicon Valley is harnessing Big Data for health,” along with:

HIStalk sponsors: get your HIMSS20 information included in our guide by completing this form. We’ve got you covered even if you aren’t exhibiting, but are attending – we’ll include your instructions on how customers or prospects can contact you at the conference.

A slight majority of poll respondents say their EHR vendor’s choice of cloud partners will influence their own cloud decisions. CincyBet notes that Epic’s push to stay current on releases would make it prudent for Epic clients to stay away from Google Cloud.

New poll to your right or here: What motivates Epic’s opposition to proposed HHS information sharing rules? Regardless of your answer, I bet we can agree that:

I can tell I’ve taken a few days off by my laptop’s sluggish power-up performance as it catches up on CPU-sapping Bitdefender updates. Thanks to Jenn for covering. Thanks, too to the fellow airline passenger who brought a Great Dane on board as an “emotional support animal” for not sitting in my row, thus taking up someone else’s legroom instead of mine.

Thanks to long-time sponsor Healthwise for taking the recently vacated Founding Sponsor spot (one of just two, with just two dropouts in 13 years). The non-profit company has helped people make better health decisions since 1975 (45 years!), offering evidence-based health education and technology solutions that are free of drug and device vendor influence. Its solutions embrace these simple concepts: (1) allow people to do as much as they can for themselves; (2) help them ask for the care they need; and (3) help them say no to the care they don’t need. Specific educational technology offerings include point-of-care education that fits into clinician workflow, care coordination, digital experiences, care management and behavior change, and care quality and patient satisfaction. Thanks to new Founding Sponsor Healthwise and CEO Adam C. Husney, MD for supporting HIStalk since 2011.

St. Louis-based Insurer Centene completes its acquisition of WellCare Health Plans, creating the country’s largest health insurer with 23.4 million covered people and $100 billion in annual revenue, most of it from Medicaid and Medicare. Still, its market cap is one-tenth that of now-smaller competitor UnitedHealth Group. Former HHS Secretary and Wisconsin Governor Tommy Thompson has been on Centene’s board since 2005, has made dozens of millions of dollars selling CNC shares, and still holds $25 million worth. 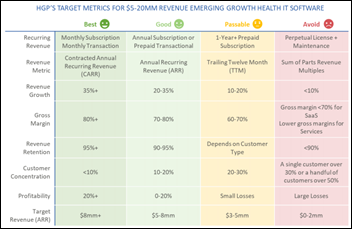 I always enjoy the health IT summaries of Healthcare Growth Partners, the latest of which contains these observations: 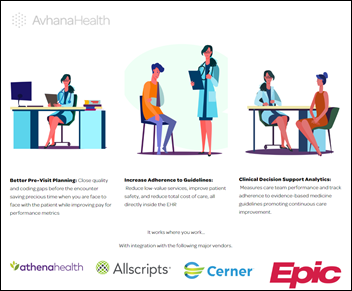 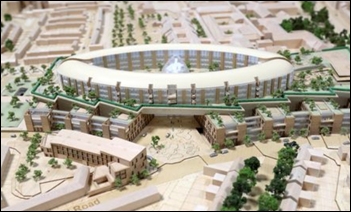 An expert says Ireland’s new, behind-schedule National Children’s Hospital will be one of the world’s most expensive buildings now that its cost has ballooned from $441 million to $2.6 billion including technology, or $5.5 million per bed for the 470-bed project. I’ll stand by my long-held assertion (from experience) that children’s hospitals are nearly always the most wasteful and inefficient because management always drags out heart-tugging baby pictures to loosen the purse strings.

A JAMA Network op-ed piece says that hospitals that are considering the use of AI-powered ambient intelligence in exam rooms need to consider (a) patient and healthcare worker privacy given the ease of re-identifying de-identified data; (b) whether workers and patients need to consent before being monitored; and (c) the liability exposure involved in recording medical mistakes or uncorrected employee practices.

Four former Cerner employees claim via a class action lawsuit that the company cost them money by choosing high-fee Fidelity investment options for its retirement plans.

Australia’s health insurance risk pool “death spiral” is like ours, as young people who struggle with college debt and poor job prospects are dropping coverage after questioning the value they receive for the high premiums, leaving older and sicker people to absorb higher costs. They are also like us in not having a good solution. 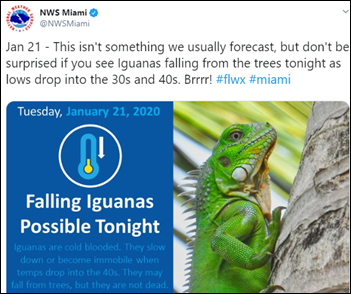 Weird News Andy offers a public service for his Florida fans in offering the ICD-10 code (W59.02: “Struck by nonvenomous lizards”) for patients who are injured by falling iguanas as cautioned by the National Weather Service.