Epic decides to stop pursuing integrations with Google Cloud based on a lack of customer interest, according to a CNBC report that adds that the EHR vendor will instead focus on AWS and Microsoft Azure.

An anonymous Epic customer believes health systems will be reluctant to use a cloud service that conflicts with the underpinnings of their EHR vendors – a concern that may end up swaying Big Tech’s market share. 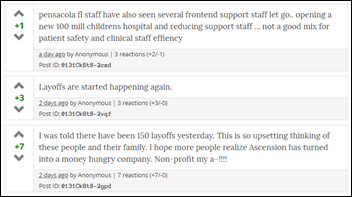 From Butterfly: “Re: Ascension. Another major RIF at Ascension beginning this week. Rumor is 1,509 associates this time around. However, in marked contrast to the one in June 2018, affected employees are being treated with respect and dignity. The layoffs are not about budget this time, they’re about transformation.” Chatter at TheLayoff.com confirms the news, to some extent: “I was part of the June 2018 IT layoffs (there was about 400 or so {nationwide} of us at the time). Yesterday, several of my former colleagues were also laid off in the Saginaw and Grand Blanc, MI areas…. I know of a couple who were there at least 20 years and have heard several desktop repair techs were let go too. A lot of people are leaving on their own and I’m told it’s a toxic environment.” With regard to it being about “transformation,” it’s interesting that this round coincides with fall-out from the news that the organization signed over patient data to Google. 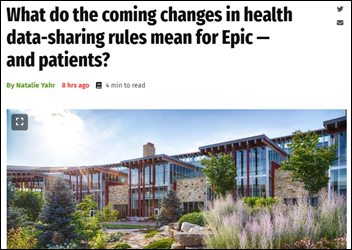 From Tuvalu: “Re: Timing of final interoperability rule. This article, a follow-up to Tommy Thompson’s op-ed arguing against proposed data-sharing requirements for economic reasons, leaves me wondering when the final rule on information-blocking will drop.” The comment period for the rule closed in June. If HHS is true to form, they’ll likely release it around HIMSS.

Over half of poll respondents are optimistic that their employer’s business will improve over the next 12 months.

New poll to your right or here: Will your hospital employer’s decision to purchase cloud services be impacted by your EHR vendor’s relationship with that service? Feel free to share the reasoning behind your response by leaving a comment (anonymous or not).

Columbus, OH-based Aver raises $27 million in a Series C round led by Cox Enterprises. The company has developed software that enables providers and payers to calculate bundled prices based on past claims.

Shannon Sartin joins CMS as CTO within the Center for Medicare & Medicaid Innovation. Sartin comes to the position after a two-year stint as director of digital service at HHS/CMS, a rewarding yet Devil Wears Prada-like experience she recaps here. 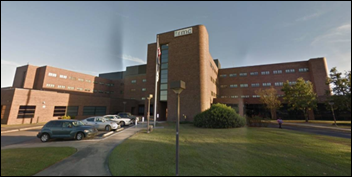 Efforts by Surescripts to dismiss the FTC’s antitrust lawsuit against it come to naught, with the company’s motion being turned down by a federal court. The FTC filed a suit last April accusing the company of illegally monopolizing the e-prescribing market in the areas of routing and eligibility.

Researchers determine that wearables may have an important role to play in future efforts to predict and react to flu outbreaks. An NIH-sponsored study of 47,000 Fitbit users in five states found a correlation between the percentage of those with elevated resting heart rates and increased sleep levels and weekly flu outbreak data provided by the CDC. 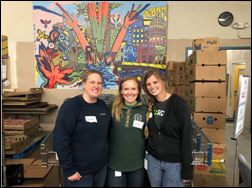