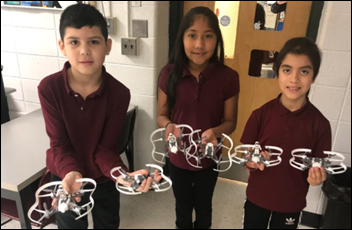 HIStalk readers funded the Donors Choose teacher grant request of Mr. K, who asked for programmable drones for his New Jersey elementary school class. He reports, “I love being able to use technology to supplement and enhance my teaching experiences with my students. These drones are doing this for my students! I continually see my students working together on the touch interface of the iPad to program the drone in order to learn the basics of computer programming. With a programmable drone, my students are exposed to a level of computer science that they otherwise would not have access to.”

Healthcare imaging startup Lyfebin exposes thousands of medical images by improperly securing an Amazon Web Services storage bucket full of DICOM files. The company claimed it was phony patient data used for testing, went silent when pressed further, and then threatened to sue TechCrunch for writing about the issue.

A medical staffing company takes down a job ad that said of the Arizona hospital for which it was seeking applicants, “Women don’t do well here” after a social media backlash. 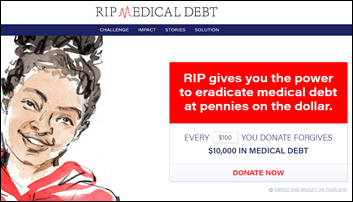 Atlanta Hawks basketball player Trae Young donates $10,000 to retire over $1 million in medical debt for Atlanta-area patients through RIP Medical Debt, which buys portfolios of bundled medical debt on the secondary debt market for pennies on the dollar. It’s beginning to feel like the most prevalent health insurer other than Medicare is GoFundMe.

San Francisco workers who are ancient by tech company standards – over 35, but some as young as in their 20s – are boosting their youthful, high-energy images by undergoing plastic surgery, Botox treatments, facelifts, fillers, and ab sculpting to compete with newer, younger co-workers. Some of them bring in app-filtered photos or pictures of social media influencers to show doctors how they want to look. A  female sex therapist who offers charm coaching for men whose 16-hour workdays preclude cultivating relationships says it’s ironic to see men being forced to “play the game women have always had to play to get what they want.”

Kaiser Health News notes that high-deductible health insurance plans hurts rural hospitals disproportionately because patients there have lower incomes. The deductible is applied to the first site of care, so the bigger hospitals that receive those patients when transferred get their full payment while the local hospital struggles to collect the deductible. A rural Colorado hospital says the only available plan option for local employers carries a $10,000 deductible, meaning that patients go into bad debt the first time they use it for a serious problem. 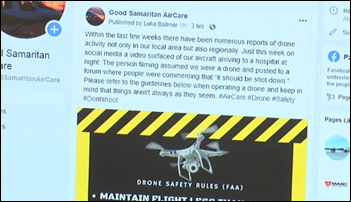 A hospital whose life flight helicopter was mistaken as a drone by Facebook users who then urged people to shoot it down asks residents to please avoid doing so.