Fridsma says the organization’s board wants “to move in a new direction,” adding that he respects that decision.

AMIA EVP/COO Karen Greenwood is serving as interim CEO during a search for Fridsma’s replacement.

AMIA’s most recent tax filings indicate that Fridsma was paid $376,000 per year. 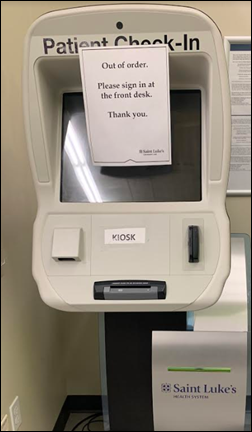 From Sunny Jim: “Re: your favorite Epic kiosk, helpfully labeled ‘kiosk.’ This reflects the health of the healthcare industry.” Saint Luke’s has ironically retreated further from paperless – the last photo I ran of the health system’s kiosk had the “undergoing maintenance” electronic message that has now been replaced by a paper sign that directs patients toward even more paper, i.e. the ubiquitous, HIPAA-violating sign-in sheet. I guess it’s too much work to remove non-functioning equipment from the customer’s view.

From Digital Insertion: “Re: HIMSS digital influencers. Odd list, yes?” HIMSS pruned its previous cadre of self-promoting, lightly-experienced tweeters for this year’s batch of unpaid promoters, although nine of the newly named 10 work for what seem to be for-profit employers. They must be influencing someone even if it’s not me. They’re on the hook to participate in videos and roundtables, write thought leadership articles, create “snackable” content (use of that word tells you it’s the marketing people in charge), and run Twitter polls.

From Departmental Division: “Re: hospital IT department enemies. Clinical areas, would you say?” The finance department was been the worst IT opponent in my experience. Clinicians don’t present a unified front and are too busy doing their jobs to dabble in IT politics, but finance people always seem to fancy themselves as enterprise IT experts because they learned to write Excel macros. The best thing I ever did to quiet them down about the IT budget was to have all my directors decompose our organizational cost to the application level (allocated by workstation or network connection for infrastructure) to prove, not surprisingly, that finance-related apps consumed the biggest part of our budget. The nice but meek CFO let his Type A directors run roughshod over everything, including one who ran his own data center and networking and programming teams since he could intimidate his boss to fund his shadow IT operation in proclaiming ours as unresponsive (since we dared niggle about trivial points such as budget, staffing, integration, and infrastructure requirements). Another of the directors wrote an enterprise budgeting application that was used by hundreds of managers in Excel, where it ran from a server tucked away in the kneehole of his desk. I admired their self-sufficiency, but it wasn’t really strategically sound to fund an operation outside of the IT budget allocation process and to write admittedly useful apps that, when they invariably broke, became IT’s problem to fix. You learn quickly that hospital finance people never run short on money to pay for their pet projects and personal technology yearnings.

From In The City: “Re: Y2K. A similar, current New York City example.” Parking meters in New York City and other cities start rejecting credit and prepaid parking cards on January 1 when a software vendor forgets to update its payment software to work in 2020. Would-be parkers were forced to find and install the city’s parking app since even a fistful of quarters would cover just a few minutes of NYC parking time. The vendor provided a fix that requires the city to send workers out on the street to manually reconfigure its 14,000 parking meters.

Amazon is the main technology supplier for poll respondents, although Best Buy earns a respectable but distant second place when you combine its online and in-store sales. I realize as I write this that some of the sites that I formerly used have fallen off my radar – Newegg, EBay, the old Buy.com (now Rakuten), and office supply stores. I’m also mostly skipping Amazon these days because third-party seller fraud and phony reviews are rampant, not to mention the big secret of Amazon — many products cost the same or less elsewhere, often being sold by the same company that paid to list its wares on Amazon and with the same free shipping. I ordered a new $15 IPad case last week from Best Buy online to replace a highly rated but crappy Amazon one that was falling apart after just over a year and I had it in my hands via UPS barely 24 hours later.

New poll to your right or here, for hospital IT management: Has a vendor/consulting firm gone to your peers or bosses without your knowledge to influence an IT decision or to put your job at risk? Please click the poll’s “Comments’ link after voting and tell us the story. I’ve seen it happen in various forms in my own job: 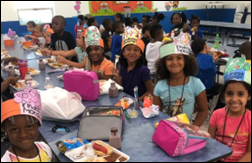 Long-time reader M made a generation donation to my Donors Choose project, whose impact was multiplied by matching money from my Anonymous Vendor Executive and other sources that allowed me to fully fund these teacher projects: 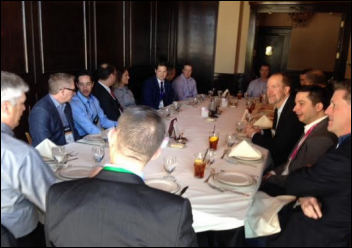 I accidentally ran across a recap of my HIMSS16 Donors Choose CIO lunch at Maggiano’s in Las Vegas, where vendor folks could attend in return for a $1,000 tax-deductible donation. I’m wondering if there’s interest in a repeat of that event? My Anonymous Vendor Executive has generously replenished my matching funds kitty and I think that particular activity raised more money than anything I’ve done.

I also accidentally ran across the splashy August 2015 announcement in which North Shore-LIJ (now Northwell) planned to commercialize a population health management platform that had been developed by Newport Health, which seemed to have one employee, under the Health Connect Technology name. The company’s website has gone dark and I can’t find anything current on investment banker and CEO Sophia Teng. It would be fun to revisit old HIStalk posts to see how big news announcements turned out, although I’ve done it before and readers seemed indifferent.

We’re just over 60 days from HIMSS20 and everybody is back to work this week, so those lazy hours spent ordering last-minute gifts and planning holiday potlucks are over. I just realized that since I don’t listen to live radio, I didn’t hear “Grandma Got Run Over By a Reindeer” even once. 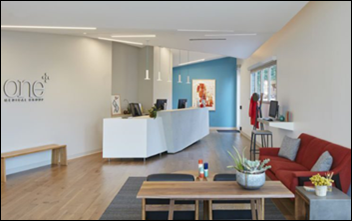 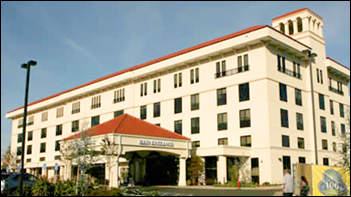 Enloe Medical Center (CA) reschedules elective procedures after ransomware takes down its systems, which it says were restored within three days.

A dentist complains to Boston Children’s Hospital that Marc Ackerman, DMD, MBA, its director of orthodontics, violated ethical standards in his favorable journal review of SmileDirectClub, which offers clear teeth aligners prescribed by teledentistry that the American Association of Orthodontists claims are unsafe. He says he isn’t paid by SmileDirectCompany and has no financial interest in it, but the Boston Globe says he acknowledges that the company pays him for both expert testimony and patient treatment and the company has also donated $176,000 to the American Teledentistry Association, which he runs from his home. SmileDirectClub shares have slide 50% since the company’s September IPO, taking the two 30-year-old co-founders and the father of one of them off the country’s list of billionaires as the money-losing company’s valuation drops to just over $3 billion.

England’s NHS will receive $50 million to implement single sign-on, with Health Secretary Matt Hancock saying, “It is frankly ridiculous how much time our doctors and nurses waste logging on to multiple systems. As I visit hospitals and GP practices around the country, I’ve lost count of the amount of times staff complain about this. It’s no good in the 21st century having 20th-century technology at work.” 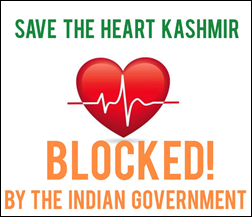 India’s Kashmir region remains under a government-imposed Internet blackout that has lasted five months, ending Save Heart Kashmir’s WhatsApp-powered cardiac emergency network. The program is run by an interventional cardiologist to diagnose cardiac events and to initiate thrombolytic therapy when indicated in the “golden hour” in a region where few residents have health insurance and financial assets. The group had analyzed nearly 40,000 EKGs and 20,000 cases. The Internet shutdown, the longest ever imposed in a democracy, was intended to eliminate “provocative and instigating material” by invoking an 1885 telegraph law. Service was restored this week to 80 government hospitals, but 1,000 private hospitals and clinics still can’t connect, programmers can’t work, online sellers have no market, young people are moving out, and whatever tourists had planned to visit are heading elsewhere.

Humana apologizes for a computer mistake that left thousands of Medicare Advantage members in Florida and Texas without coverage with the rollover to the 2020 plan year.

In England, an investigation of the NHS111 emergency telephone service finds that at least five toddlers died when staff or the triage software they use failed to identify significant medical issues. A 2016 report found that three children had died of sepsis because the computer script used by staffers wasn’t programmed to identify it.