Four patients of DCH Health System file a class action lawsuit that claims their medical care was disrupted because of a ransomware attack in October.

One of the plaintiffs says she couldn’t get post-op meds, another complains that she was told her daughter would have to wait 4-5 hours to be seen for an allergic reaction, a third says her orthopedist couldn’t see her in a scheduled follow-up, and a fourth patient makes no specific claim except to say that her care was disrupted.

From Gilligan’s Paragon Island: “Re: Allscripts. Its Atlanta Paragon hosting center suffered an outage at 6 a.m. on December 21 and didn’t come back up until 30 hours later. They were not forthcoming about what caused the outage or what they were doing to fix the issue. How can hospitals provide quality patient care without access to their EMR and core ancillary systems for more than a day?” Unverified.

From Oneida Platter: “Re: CoverMyMeds. It’s actually a phishing attack. If you search in a browser, it advertises a CoverMyMeds link that actually takes the user to a rogue site.” That’s what I assumed since the “contact Microsoft immediately at this number” scam is always delivered via browser. It has nothing to do with the systems of CoverMyMeds.

From Joey Cheesesteak: “Re: Optum layoffs. You reported the rumor of a January 3 layoff – I’m one of 24 consultants (of 90) in Optum Advisory Services who was laid off effective January 2. HIStalk is still a daily read – thanks and keep up the great reporting with a humorous spin.” I’m sorry to hear that and angry with Optum in laying people off over the holidays. Optum generates more half of the $260 billion in annual revenue of parent company UnitedHealth Group, which is tracking at $20 billion in annual earnings. I’m trying to decide which is most despicable: (a) laying off employees over Christmas; (b) laying off employees at all from a division that brings in $112 billion per year; or (c) having a parent company in UnitedHealth Group that is making $20 billion in annual profit on $260 billion in annual revenue, all of it coming from people who are either sick or who are trying to fund the future cost of becoming sick. Your $10,000 investment in UHG 10 years ago would be worth more than $100,000 today, and the CEO (who has been around only a couple of years) holds something like $300 million worth. Buying shares of healthcare’s profiteers might have been the best hedge against rising healthcare costs, but you need money to make money.

Christmas is the most commonly celebrated winter holiday among poll respondents, but I’m interested that 18% don’t really care about any of them. Cosmos suggests that employers provide “religious vacation” instead of limiting paid holidays to those that are Christian-centered. That’s why I love the paid time off system, although even then some employers mandate using PTO for holidays like Christmas where there’s not much work to get done.

New poll to your right or here: Where did you buy your most recently purchased technology item? I subscribe to the New York Times, of which reader comments are the most interesting part, and today it featured a furious debate over Amazon’s role as both a supporter and competitor to small businesses and whether having a huge company fulfillment center in your town is good for business and residents. We heard the same thing about shopping malls and Walmart before Amazon, of course, and regular retail disruption is pretty much a given unless Amazon’s size, analytics capabilities, and political influence have made it immune. I noticed that some NYT commenters also called out Amazon’s possible Achilles heel being its tolerance of scammy sellers offering counterfeit goods backed by fake reviews. 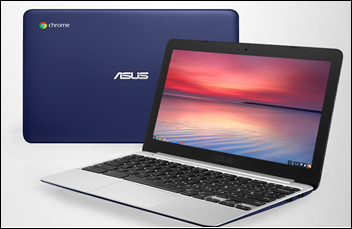 Today I learned that all Chromebooks are shipped with a hard-coded expiration date, after which they will no longer receive Chrome OS updates. That education was delivered to me via a pop-up message on my four-year-old Asus that gives June 2020 as its final connection to the Google mother ship. The hardware manufacturer sets the date based on when the configuration is first locked down, not when the Chromebook is manufactured or sold, so even a new copy of an older model could be short dated. I’ll have to decide whether to replace mine or just use it without updates, but at least I paid only $200 for it and it’s still my favorite computing device. Most important to me is the 11.6” screen that makes it barely bigger than a tablet, but with a good keyboard. 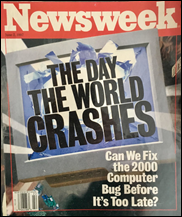 Happy 20th birthday, Y2K. Thank a remediation programmer — quite possibly a paunchy, gray-haired COBOL coder who was dragged out of retirement — for making it a non-event and thus rendering Y2K survival kits worthless when humankind survived after all. The nail-biting Y2K teams were sitting in war rooms listening to “Smooth,” “Back At One,” “Hot Boyz,” and “Blue,” or more likely, watching TV news to see what was happening in countries whose rollover midnight came hours before ours.

I checked 2019 share price performance of the publicly traded health IT companies I could think of, of which just four beat the Nasdaq composite index percentage increase:

The New York Times cites a study that proves what we all know – healthcare services in the US cost way, way more than any other country (basically double), with one example being an angioplasty that runs around $7,000 elsewhere costs $32,000 here. The employer survey looked only at private insurance, meaning that the spread is probably even larger since public health programs pay less elsewhere. The Times concludes that those high prices finance a politically powerful healthcare industry that is likely to repel any efforts to reduce prices.

Experts warn that terrorists could create “dirty bombs” that could contaminate several square miles by extracting Caesium-137 from blood irradiators used in hospitals and blood banks. A 2008 government panel wanted the devices withdrawn in favor of equally effective but safer alternatives, but hospitals complained that the panel was “regulating the practice of medicine” and the number of devices in use has grown since. A GAO report noted that a hospital left an irradiator on an unsecured cart on its loading dock, while another stored the device behind a combination-locked door upon which someone had helpfully written the combination.