The data quality problems occur because of the vendors, the practices, the clinicians, and external bias generators (Insurance, MU, etc.) These causalities all have an impact to the data at its source. Extracting data and transforming it only makes the data worse. And I find that most people working the data do not consider the source, or the destination of the data,  to understand how it was created and what the requested usage is. Lots of problems to be solved here before we start thinking that AI can create”‘whirled peas.” (HITInteropGuy)

As a parent of a teenager with type 2 diabetes using the Dexcom continuous glucose monitor synced to my iPhone, please alert your readers that this monitor does not sample blood glucose levels. In fact, it is measuring interstitial fluid ( lymphatic fluid) glucose levels and there’s quite a delta in the reading accuracy, especially during large swings. We had to stop using it because of his sports and my obsession watching his glucose levels fluctuate on a minute by minute basis.(El Comandante)

I believe one of the unstated goals of the Meaningful Use program was to reduce the number of EMRs available by creating a certification process that required significant development investment. The ONC was clearly aware that interoperability was hard, and that by reducing the number of EMRs, it becomes less of a burden. The result was a reduction in the total number of ambulatory EMRs as smaller players couldn’t afford to develop the required capabilities.A conspiracy theorist might posit that this also aligns with the fact that smaller EMR companies are not funding campaigns and lobbying efforts. The benefit of MU primarily accrued to the large EMR vendors. (Notmeaningless)

I don’t know how it is in the EMR space; I’m in the imaging space, but there the smaller players sometimes can and do develop the required certification capabilities. The hurdle is often in another place entirely — they can’t afford to invest in the certification process. That being said, not every smaller player is good in terms of capabilities. Some are downright terrible. So certification has its place, if done right. (Clustered)

Interesting that OTTO was headed by ex-Epic Sarah Green. Also another Ex-Epic just became CEO of IDX, an AI diagnostics company. Curious how many other old colleagues are now in C-Suites. (AnotherExEpic) 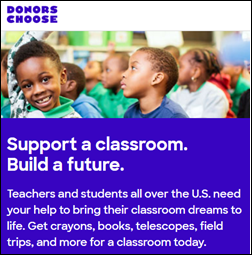 I received generous Donors Choose donations from Mark, Dana, Friend at Impact, and the IT directors of Atlantic Health System (NJ), which with matching funds from my Anonymous Vendor Executive and other sources fully funded these teacher projects, all of which involve schools in high-poverty areas: 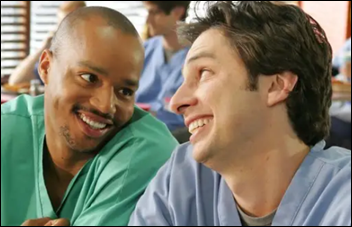 Surveyed doctors and nurses say that “Scrubs” and “ER” are the most realistic medical TV shows. They note that unlike what other shows portray, doctors don’t really cover everything from surgery to OB, they don’t sprint through the ED doors to meet ambulances, and they don’t usually respond to emergency cases with an insightful diagnosis of some weird problem and instead focus on stabilizing the patient.

The families of people who die at home in France must have a doctor’s signed death certificate before moving the body, but a shortage of GPs willing to travel to the homes of patients they don’t know for a flat rate of $110 means families often must leave the body in their homes for several days. Some towns have passed laws that make dying at home illegal. 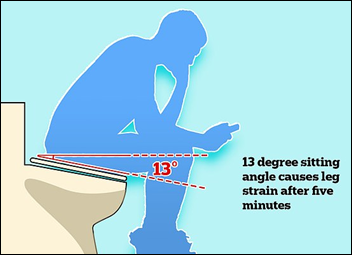 A start-up in England invents a toilet with an “inconveniently sloped” seat that intentionally makes users uncomfortable after five minutes, citing the employer productivity benefits from shortening the average 28-minute bathroom break. This if anything proves that it’s time to make “Office Space 2.” Or to launch a startup selling corporate-issued diapers. 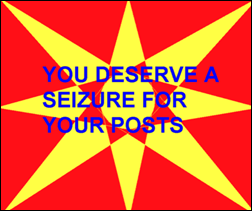 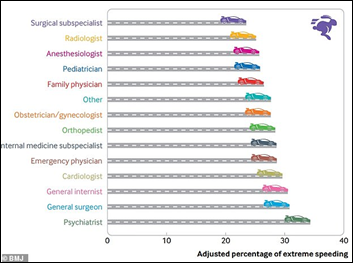 A Harvard Medical School analysis of US doctor traffic tickets finds that psychiatrists are the most likely to be caught for “extreme speeding,” while cardiologists are the most common Ferrari-driving specialty. 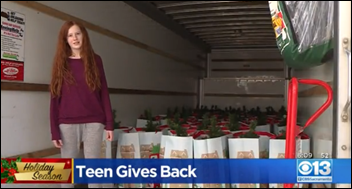 A teenager who was hospitalized with lupus during Christmas two years continues her annual tradition of creating Christmas tree kits for kids at UC Davis Children’s Hospital. She and her family brought 60 sets of decorated trees to the hospital.