There’s a battle raging in Colorado over the Drug Enforcement Agency’s ability to access data within the state’s prescription drug monitoring program. In the course of investigating pharmacies, the DEA requested the data via a subpoena rather than a search warrant. The state claimed that the DEA request was indiscriminate, requesting six years’ of data for over 200,000 prescriptions. They offered to provide anonymized data and to comply with more specific requests with names.

The American Civil Liberties Union has entered the fray in Colorado district court, claiming that tight standards are required to protect privacy and requesting that patients should be alerted that the data will be disclosed or that the court should require a search warrant. The prescription drug monitoring databases have been a significant benefit for clinicians – it’s much easier to identify patients who might be inappropriately using controlled substances. This can lead to earlier interventions and improved outcomes. Let’s hope the legal battles have a favorable outcome that doesn’t take away from the important

A recent JAMA Network Open research letter looked at EHR usability, finding that progress is slow and sometimes nonexistent. The authors looked at 70 vendors who had participated in the Meaningful Use program over multiple years, finding that a good number fell short in usability testing. Only 27 vendors met the inclusion criteria, which included having a computerized provider order entry system, certification according to the safety-enhanced design criteria, and a reported System Usability Scale (SUS) for 2014 and 2015 usability requirements. They found that “there was no statistical improvement in EHR SUS scores between products certified according to 2014 and 2015 standards. One-third of 2014 products and one-quarter of 2015 products fell below the average benchmark SUS score.”

Despite the implications of EHR dissatisfaction on clinician burnout and patient safety, SUS scores decreased for 44% of vendors from 2014 to 2015. The authors note that the study has limitations, including that the SUS scores were vendor-reported and may not fully reflect EHR satisfaction. They go on to conclude that, “An increased focus on clinician end users during product design and development as well as optimized certification requirements are needed to improve usability.”

My personal, albeit anecdotal experience with usability is that for many vendors, it improves in fits and spurts. When they’re under the gun with certification requirements, they focus on it less, and when there is more breathing room, they seem to make a little progress. Given the amounts of money that health systems have spent on EHRs, they’ve created captive EHR users who are basically stuck with what they have. Even if it’s a failure, there’s little money left to make a change.

I enjoyed this Forbes piece on “Why Big Tech Companies Won’t Solve Healthcare’s Biggest Challenges.” Google and Apple are trying to disrupt healthcare, and both have the potential of significant earnings in the process. Still, it remains to be seen whether they truly understand the complexities of healthcare and whether they’re going to be able to set aside profit motive for altruism when it counts. There are also concerns about companies with obvious retail and profit motives having as much access to personal data as they might have moving forward.

The piece brings up some interesting points about whether patients should share in the profit from the use of their data. They point out the situation of Henrietta Lacks, whose cancer cells were used for decades of research without appropriate compensation. If you’ve never read it, “The Immortal Life of Henrietta Lacks” is worth a read. Hopefully we can all look back in a decade or two and see that good things have happened with the tech giants, but I agree that they’re not likely to find magic solutions for all our healthcare and technology problems.

I’m working on a project with a client where I’ve been asked to cull through potential technology solutions for a new service line they hope to take on. I’ve been sifting through websites, marketing collateral, and the pedigrees of various company leaders trying to determine whether the solutions are even viable. There are a lot of cool technologies out there, but some companies don’t look like they will have much staying power in the market.

We’ve moved into demos from some of the vendors, and I was shocked today to find myself on one where the demo data was not only nonsensical, but offensive. The patient scenarios used were degrading and it left me wondering whether they actually have any physicians on staff to guide them. Even if you’re a startup, spend a little money on physician expertise to ensure you don’t look foolish to potential clinical end users. If you’re not ready for a full-time physician on staff, there are plenty of clinical informatics experts who do contract work.

Despite the overwhelming coverage of impeachment proceedings, Congress is still getting other work done. The Telemental Health Expansion Act of 2019 has been introduced and referred to the Energy and Commerce Commerce. The Act would expand Medicare coverage for mental health services delivered via telehealth, and include the patient’s home as an acceptable “originating site” for services. This is much more useful to patients than having to go to a PCP or other office to receive telehealth services from another provider. There are several similar bills already working their ways through the halls of Congress, so perhaps one of them might be successful. 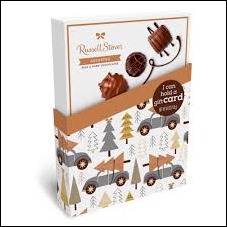 Tis the season of giving, and many of us are looking for ideas for our friends, family, and coworkers. I thought this piece on “Thoughtful and Useful Gift Ideas for Doctors” might be helpful. The first suggestion was a book on preventing burnout, which was a turn off. Much more interesting was their list from last year, which lead off with “caffeine and booze.” Some of the other items on the list were snoozers, although giving the gift of a defensive shooting class caught my attention.

In other holiday news, there’s support for why some of us dread listening to holiday music. There’s data showing that increased repetition of songs can lead to oversaturation and negative responses. Adding this to existing holiday stress and the effects can be compounded. According to data from Consumer Reports, nearly a quarter of Americans dread holiday tunes. I certainly enjoy holiday music in live performances, but the versions typically heard while shopping can be annoying.