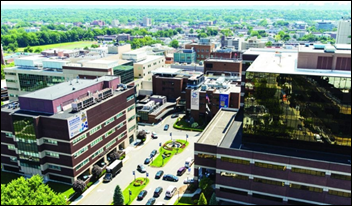 Hackensack Meridian Health (NJ) brings its clinical systems back online after a downtime of several days, rumored to be the result of a ransomware attack.

The health system did not post updates on its social media accounts and declined to comment other than describe the problem as “externally-driven technical issues that are affecting the performance of our IT network.”

From OptumOrange: “Re: Optum / UHG layoffs. Looks like it was 1,400 people who received two weeks’ notice. March 2020 is the next round.” Unverified, but several folks said they were affected. Company executives just told investors that Optum generates more than half of UnitedHealth Group’s profit in bringing in an expected $112 billion of the parent company’s $260 billion in revenue for next year. Optum offers pharmacy benefits management, direct care via urgent care centers and physician offices, post-acute care, analytics, and population health management.

Smartfood99 left a comment about EHR vendors offering low-margin RCM services that I thought was wise enough to deserve its own spot here. It explains the hazards in adding services that are profitable, but less so than the company’s core business:

Software may be high margin, but the cost to maintain customer relationships through service and updates is low margin. While there there is a built-in revenue stream, it weakens the balance sheet for new vendor-searching hospital executives concerned about the fiscal health of the EHR company. In short, hospital executives look very closely at the bottom lines of companies they are about to make a 10-year investment with. Profitability = survival, especially when rumors of EHR vendor demise are the norm over the past few years and planted by competitor sales people like a software bug.

If you are already paying for lots of support people and development people that cut in to the bottom line, you have to be careful how you add to that mix and what it does to the balance sheet. Losing even just two or three net-new business deals a year because hospital executives base their final decision on perceived vendor long-term viability can snowball for any EHR vendor not named Epic. Such decisions that seem to make short-term sense often put the EHR vendor on the path to the dustbin of history after a slow, drawn-out death that leaves the hospital partner in a lurch.

Sure, even marginal profits and larger revenues matter, but in this business, perception of sustainability means much, much more. This doesn’t even cover the fact that having the capital to enable your business to pivot as needs change and your systems age is served in no way by being a glorified consulting company, but with all the risks that come with employing and managing larger staffs as business ebbs and flows. 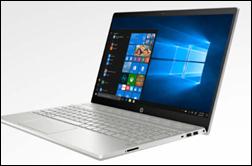 I’m super impressed with my $480 (Black Friday special) HP laptop. It’s sleek and made of metal rather than plastic, it’s fast because of its solid state disk drive and 16 GB of memory, it makes no sound at all, the touchscreen display is surprisingly large and vibrant, and setup took just a few minutes with no bloatware to de-install. It’s been years since I set up a new laptop, so I was surprised at how easy Windows makes it – you just log on with your Windows ID and a few minutes later it’s all done. Bitdefender reminded me that I don’t have a VPN installed and I pledged to be better about using one when on public Wi-Fi, so I chose Surfshark since it was Cyber Monday priced at $48 for 27 months and it works just fine.

The best and most concise health IT investment and market report I’ve seen comes from Healthcare Growth Partners, which just posted its November highlights of M&A, buyouts, investments, news headlines, and public company performance. It notes that valuations are driven significantly by sentiment versus metrics, and both sentiment and the markets are at all-time highs.

The Bureau of Labor Statistics says healthcare added 45,000 jobs in November and 414,000 jobs in the past 12 months. We don’t know what those people are doing, but we know who is paying them (all of us).

This is insightful. AI companies will focus on the US market because, unlike in the rest of the world, providers here can make money finding and treating undiagnosed patient conditions. That gives AI a business case.

Welcome to our American healthcare non-system. A tiny online survey finds that diabetics — most of them covered by health insurance — are buying, selling, and trading insulin and glucose strips on the black market because of lack of affordability or timely availability.

A study finds that unintentional ED ordering of duplicate laboratory and radiology orders was reduced more than 40% by swapping out interruptive alerts for a simple on-screen highlighting of the existing order in red, although no improvement was seen with medication order duplicates. The alert displays when the duplicate item is being selected instead of as a final step or after-the-fact order queue alert. The study raises an interesting point – how many duplicate orders are created because of poor visual layout or navigation of the active medication list? We assume that just because information is displayed somewhere, somehow in the EHR that duplicates are inexcusable, especially with the added layer of warnings. I speculate that clinicians are just too busy attempting to multi-task with poor keyboarding technique in disruptive environments since even smart and careful ones make mistakes.

In England former Oxford University Hospitals CIO and Chief Digital Officer Peter Knight pleads guilty to fraud for falsifying his educational credentials to get the job, which he held for two years before resigning.

Partners HealthCare, soon to be renamed to Mass General Brigham, reports earning $484 million of operating income on $14 billion in revenue in its most recent fiscal year. The CFO says the increased profit came from having sicker patients and raising its prices, along with Epic’s more accurate coding.

HIMSS announces Global Health Equity Network, which allows interested parties to support its work by (a) paying to attend HIMSS20; and (b) sponsoring HIMSS. You can also “dialogue” with leaders, probably via A and B.

Informatics troubadour Ross Martin, MD, MHA lays down “Put the Patient First*,” a healthcare protest song that Ross says he’s been contemplating writing for 15 years. The asterisk-referenced refrain is brilliant – “Put the patient first, right behind me.” I also note that Ross’s utterly amazing and complex “HITECH: An Interoperetta in Three Acts” celebrated its 10th anniversary this year. 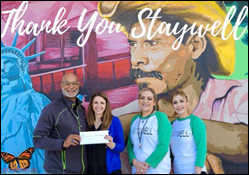