You don’t want the company distracted by a shiny new thing while the core competency is getting less attention. So it’s often not a question of “Oh, hey, let’s just do this other thing too.” If you were in a perfect world with an arbitrarily large number of qualified people to take on the job, then moving into these peripheral areas would be a no-brainer. In reality the value gained from the distraction needs to be more than the cost of the distraction. The technical economic term for this is opportunity cost. (TH)

We doctors should stop thinking about EHR as a “special thing.” It is just a tool to get the job done. I can ask the same questions that you asked about paper and pen documentation system and probably add a few more about accessibility across locations, storage challenges, etc. Why is no one complaining about that system of records and why was it not part of so-called “physician burnout?” The reason I believe, is that we all learnt how to use it during our training and accepted it as part of life. Rules of the game changed in the last decade and we need to get on with the program. (EHR is just a tool)

This should drive home the reality that the investor class isn’t comprised of smart people, just people who knew each other or went to the same universities and have consistently promoted and hired each other into positions of authority without any demonstrated qualifications. (HIT Girl)

If the digital companies would have seriously and thoroughly tested their products with MANY physicians and not only one SME, then maybe the EHRs of today wouldn’t have been the monstrosities that they are. (Been there)

I still can’t believe institutions like Goldman make these horrible investments. Between Outcome Health and Theranos, you’d think the investors involved would at some point ask some healthcare industry experts whether these companies were viable enough to pass the sniff tests. Readers on this site have called out the charade for both before. (Elizabeth H. H. Holmes)

The billing methodology in this country has gone totally out of control. Unfortunately, I’m in the middle of a medical situation and the last EOBs made me laugh. For a CT scan with and without contrast, the billed amount was $18K, allowable $18K, amount paid $400, patient due amount $0. How stupid is a system that allows this? If I didn’t have insurance and the provider wasn’t in the network, I’m sure they would have tried to collect the $18K. (David Pomerance)

While I’m (mostly) never delighted when a person loses his/her job, all David Duvall MBA, MPH needs to do is open up about 50 hospital leadership websites and then another 50 HIT vendor leadership pages and tell me where the discrimination lies. I promise you it isn’t against middle-aged white guys. (ellemennopee)

The publicly traded owner of North Tampa Behavioral Health (FL) confirms that it has reassigned the facility’s 31-year-old CEO after a newspaper’s investigative report found that he had no healthcare experience and was formerly a quarterback for a pro football team’s practice squad. A company spokesperson said it’s not unusual to recruit hospital CEOs from other industries and the attributes of B. J. Coleman  include “team leadership, situational analysis, and sound decision-making.” Inspectors found that under his leadership, just four of the 96 employees who performed lab work had proper training. The kitchen’s lead cook was covering as director of dietary services even though he wasn’t qualified, so the kitchen ignored special diet requirements and sent trays containing silverware to suicidal patients.

A Tennessee neurologist files a $25,000 defamation lawsuit against a woman who wrote a scathing Yelp review saying that he threw a tantrum when she took out her phone to record her father’s visit. She says she deleted the recording at the doctor’s request even though state law does not prohibit such recording, after which a clinic employee called her to say that phones aren’t allowed in the office. Also named in the suit is the son of the woman’s friend, who overheard her talking about it and posted a negative review on Google. Meanwhile, the negative Yelp reviews are piling up as idiots from several states who admit that they just read the online story, calling the doctor a “filthy animal” and a “nasty immigrant who is suing a real American.”

Kaiser Permanente uses text messaging to encourage 11,000 of its members to sign up for California’s CalFresh supplemental nutrition program. Kaiser didn’t have access to income data to help  choose which of its 9 million patients might benefit, so it used a census-derived “neighborhood deprivation index.”

A CMS analysis finds that the US spent more $1.2 trillion on hospitals in 2018, representing one-third of all healthcare spending. 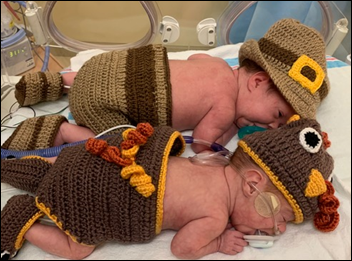