A recent NEJM Catalyst piece looks at the role of physician gender when looking at EHR usability and clinician burnout. Researchers at the University of California San Francisco found that female physicians created longer notes, addressed a higher percentage of patient contacts within 24 hours, and spent more after-hours time using the EHR than their male counterparts. Female users were also more likely to use copy/paste and other tools to make documentation more efficient, but spent more time in the EHR. These factors may explain a higher rate of female physician burnout when looking specifically at EHR use. The study was fairly broad, looking at over 1,300 physicians across nearly 90 specialties. It looked at various six-week time periods over the course of a year.

The authors suggested that healthcare organizations could do a better job reducing EHR burden overall, including creating clear expectations for EHR use and timeliness of patient contacts. I’d go further to suggest that they look at the FTE support staff in various practices and whether the physician to staff ratios are equal.

I’ve seen several practices in my recent travels that relatively understaffed some physicians (both male and female) despite equal productivity. Staffing ratios there depended more on physician personality and the fact that some providers demanded more support staff, where others were more likely to pitch in and do staff-level work or didn’t want to rock the boat asking for more help. Although the study controlled for staffing, my experience in non-research environments is that staffing can be highly variable.

Other teams have also looked at this issue. A recent JAMIA article looked at usability and gender, along with age, professional role, and years of experience. Among intensive care physicians, they identified “significant gender-based differences in perceived EHR workload stress, satisfaction, and usability – corresponding to objective patterns in EHR efficiency.” Drawing conclusions based on gender can often create friction among clinicians, but I’m glad they’re looking at the problem. 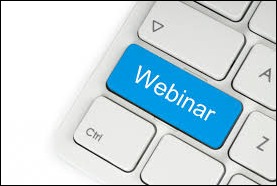 I’ve been on several vendor webinars this week and have experienced sessions spanning the range of good, bad, and downright ugly. For those of you who have to deliver webinars, I have some tips.

First, make sure you have your content fleshed out ahead of time. You don’t have to write a full word-by-word script, but you need to know what you are planning to say. On the other hand, if you struggle with impromptu speaking or have a tendency to go off track, write a script. Whatever you do, please do not simply read the slides to the audience. You’ll lose them in a flash. If you use a script, practice reading it in a conversational way, not like a robot.

Second, check your slides for visual appeal. Text should not be too bulky in content or too small in font. Use visuals to convey your ideas along with your word track and it will be more memorable to the audience. If you’re including polls for the audience, please show the results as you go – don’t just grab the data for your own marketing purposes. Attendees often want to understand how they compare to others on the call – whether they’re ahead of the game or trending the same as other organizations.

Last, make sure any photos used during introductions are professional or appropriate to the audience. Your hair should be combed, at a minimum, and it would be nice if the background was uncluttered and the lighting was good. Under no circumstances should you crop yourself out of a group wedding photo (yes, I saw this).

Mr. H already mentioned this article about physicians and tech staff clashing at digital health companies. Having been a physician working in digital health including with vendors, I wanted to add my two cents.

The article makes the point that clinical and product teams are “at odds,” which I have definitely seen. I’ve also seen teams where everyone works well together and drives the solution forward because they have a mutual understanding of each other’s experience, goals, and priorities. One of the biggest barriers to successful collaboration is the presence of preconceived notions about the members of the team. If tech team members have had previous negative experiences with physicians, they’re likely to make assumptions based on those experiences. Similarly, physicians may not understand the roles and processes of various tech team members or how an agile process works. Getting everyone in the same room to learn about each other and how they need to work together is a start.

Another barrier I’ve seen is lack of structure – inconsistent sign-off processes that may not fully explain how requirements or other work product should be flowing through the organization and lack of defined processes for clinical and other subject matter experts to provide their feedback. That can result in unpleasant shocks at the end of the process when clinical folks are presented with workflows that aren’t going to work, but could have been better engineered if the clinician input was at a better place in the process.

Physicians also need to have a common framework for how they’re going to make decisions around clinical content. Is the company striving to be evidence-based, or is customer satisfaction or sales the lead driving factor? These elements aren’t mutually exclusive, but there has to be a common goal or physicians may be in conflict with each other. This goes back to governance, including team charters and product charters that make sure everyone is working towards common goals and there is clarity about how decisions need to be made, or how to handle when physicians or other clinical SMEs are not in agreement.

This isn’t just a clinical issue. I’ve seen the same problems in other areas of the healthcare IT industry, whether it’s revenue cycle, billing, patient engagement, etc. Everyone needs to understand the role that team members play and needs to respect the roles and knowledge of others on the team or there is going to be conflict. This goes back to leadership. If the individuals in charge don’t buy into this concept of mutual respect, and either team feels like it’s being marginalized or attacked, the effort is not going to be successful.

Do you have clinicians who are part of your development organization? What advice can you offer? Leave a comment or email me.