After dozens, maybe hundreds of healthcare organizations have partnered with analytics companies to share data and develop solutions, why are we just now becoming concerned that Google has entered the ring? (SkyNet)

Cerner makes money how? From recent earnings call: “As the acknowledged data source, we plan to develop a monetizable distribution model that provides access to legacy client segments and adjacent market prospects such as biopharma, payers and actuaries, to name a few.” (Vaporware?)

I agree it is patient’s data, but that is not the business model in other industries. What about credit information? Isn’t that consumer’s data, too? But credit agencies hog it and sell it without any explicit approval from the individual to collect / distribute it. (Data Business)

What bothers me is that many hospitals willingly give the data away or sell it to entities such as Google, but when the patient asks for copies of his or her own records, they are charged. (X-Tream Geek)

The letter urges that EHR vendors not create financial burdens for physicians trying to connect to state immunization registries and called on HHS to “hold information technology vendors accountable for creating a national standardized, easily accessible, accurate, robust immunization information system.” That’s a recipe to get some terrible software shoved down physicians throats. (What)

I think Mr. Segert has a surprisingly good handle on the [Athenahealth] business here. He’s right that the ambulatory market is consolidating and that Athena has the best ambulatory-only product. If you accept those facts, it seems that Athena should mop up the rest of the smaller vendors. Athena wasn’t making much progress on that because their focus and execution wasn’t there. They were spending their effort on tiny, low volume/$, rural hospitals who would bail out halfway through implementation and go back to CPSI. That was a great way for Athena to take large piles of investor dollars and set them on fire. Also looks like he has a good grip on the sales channels, which is the hardest and most important thing when selling software to the SMB or smaller enterprise market. (GoodFirstImpression)

Layoffs are almost always painful, but it feels worse during the holidays. As a recruiter, I get to see where the layoff leads. It’s remarkable how often it turns out to be for the best. I’ve seen so many people take layoffs hard, only to look back a few months later with gratitude that it led them to something better. (Jim Gibson)

The best way that most economic development agencies have found to lift families out of generational poverty in under-developed economies is to educate girls and women. Across the board, giving women access to education leads them to start businesses that provide economic stimulus to their entire community. Giving menstrual products to teen girls has proven to do just that. Giving a girl the opportunity to get an education is the fastest method to improving her life and the lives of those who depend on her. It is the same reason that diaper banks have proven to reduce sick baby visits and increase teen mothers’ ability to attend classes and work. A child who is constantly ill due to not being able to have a clean diaper is a drain on their parent. The parent can’t improve their economic situation if they can’t go to school and work. Just because a program is focused at the individual level doesn’t meant that it won’t lift up the community. (MEDITECH Customer) 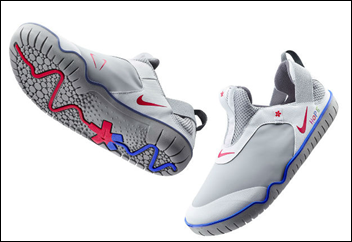 Nike will release the Air Zoom Pulse, a lace-free, protectively coated shoe (“a traditional clog made athletic”) that it designed to combat fatigue in testing at OHSU’s children’s hospital. Six young “patient designers” created their own versions of the shoe, profits from which will be donated to the hospital. I like the above design from 12-year-old Sawyer Miller, whose brain tumor was treated with surgery and 30 rounds of radiation therapy. I bet I could make a HIMSS20 splash walking endless miles in these.

University of Washington students petition the university to prohibit faculty members from requiring a doctor’s note for their absences due to “unavoidable” illnesses, saying that seeing a doctor for that purpose is expensive, requires students to explain their symptoms after the fact, disadvantages low-income and DACA students, and may result in the ordering of risky tests and procedures. The students add that doctors always write the notes anyway, so there’s no impact on their behavior.

Loyola University Medical Center tells a woman who was making inquiries into her mother’s unexpected death that its autopsy camera had been stolen and the photos on it lost. Nine of the 18 cases that had been recorded on the camera hadn’t been uploaded to the electronic files as health department policy requires because the camera didn’t come with a cable and the hospital didn’t have one. 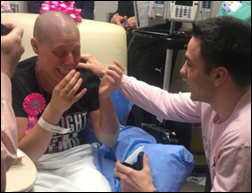 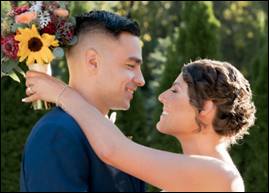 A 26-year-old woman undergoing breast cancer treatment is surprised when her boyfriend proposes to her in front of her Sloan Kettering treatment team on her last scheduled visit, after which they were married in an event donated by a wedding planning company. 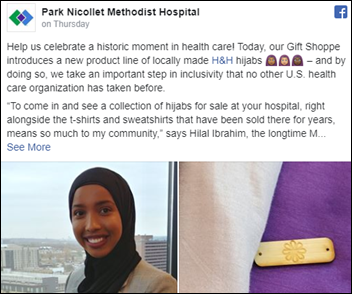 The gift shop of Park Nicollet Methodist Hospital (MN) adds a selection of hijabs for patients and employees, saying it’s the first US hospital to do so. 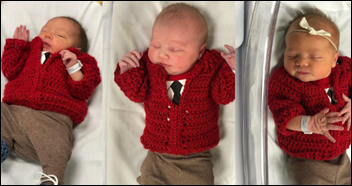 UPMC Magee-Women’s Hospital dresses up newborns for November 13’s World Kindness Day in cardigans like those worn by Mr. Rogers, who spent most of his life and career in Pittsburgh. Other local hospitals and individuals did the same, encouraged by public TV station WQED, which created Cardigan Day in honor of Fred Rogers, who filmed 895 episodes of “Mister Rogers’ Neighborhood” at the station over more than 30 years through 2000. He died of stomach cancer in 2003.