My recent conversation with a local university student about how the US looks at public health efforts got me interested into digging in a little more into a local health system’s work to address social determinants of health. I reached out to a former colleague who is now in a leadership role. He asked to remain off the record, since not all of his views fully align with what he is working on as part of the health system’s efforts. I totally understand having to stay off the radar to keep your job, so I was happy to oblige.

One of the major pushes of the health system has been expanding access to care, whether it’s with a mobile unit to visit areas that don’t have providers or whether it’s creation of school-based clinics. They are finding that even those approaches sometimes aren’t enough.

One of the areas where they set up a school-based clinic has a high absenteeism rate, with girls posting higher numbers than boys. Digging deeper, they found that teen girls sometimes aren’t in school due to lack of access to menstrual products. As someone who has worked with a church group to sew reusable menstrual pad kits for girls in developing nations, this doesn’t seem like something we should be seeing in the US. The clinic set out to solicit donations for menstrual products, and guess what? The absentee numbers went down. It’s a great example of how we need to really understand all the factors that are driving health, education, and wellness.

This approach may resonate with practices who help care for high-risk patients by providing transportation or assist with obtaining housing or groceries. If patients aren’t able to meet their most basic needs, they’re not going to be focused on things higher up the hierarchy, like healthcare and medication.

My colleague said this approach is something he actually struggles with philosophically. Some programs focus on those individual social needs, but don’t look at how you need to go about improving the underlying social and economic situation in communities as a whole. The individually-focused interventions are cheaper than delivering more intense medical interventions for sure, but they don’t assist people who haven’t become patients yet or who aren’t in the healthcare system.

He recounted a recent meeting among community health stakeholders, where they spent nearly two hours debating and defining what they mean when they say “social determinants of health.” The phrase was being thrown around and meant different things to different people, and they felt it was important to get everyone on the same page.

Although I don’t doubt that it was probably a painful meeting, it sounds like it was necessary. As he was telling me the story, it reminded me about how people throw around “pop health” and “population health management” and various permutations that may not mean the same thing depending on who is using the phrases and where they’re coming from.

During one of their community-focused initiatives, they actually had quite a bit of resistance from a small segment of community members. Some felt that the hospital’s participation was a way of trying to “medicalize” issues that community activists want to have a much more social and/or services focus. Instead of heaving the health system lead the charge, they want to see it led by community centers, faith-based organizations, and other community-led groups.

In addition to concerns about medicalization, there were also concerns about the hospital staffers not reflecting the community demographic and the optics of having a primarily Caucasian outreach team working with a community whose makeup is predominantly African-American. That’s something that isn’t always thought about, but may certainly be part of how interventions are received.

Patients and community leaders are also skeptical about value-based care. Some see it as rationing by another name, especially when it’s being primarily led by the medical establishment. Others see it as a way for conglomerate health systems to increase their dominance, which can lead to the erosion of community-focused health services.

My colleague mentioned that he struggles a bit going back and forth between the community outreach projects and the health system’s flagship hospital, where he has an office. The hospital’s lobby looks more like a high-end hotel than a healthcare establishment, and executives regularly divvy up the organization’s luxury box tickets for events at the local stadium. When he sees what might be considered excesses, he immediately thinks of how many social services could be delivered using the money spent.

He also has a hard time wrapping his head around the half billion dollars that has been spent on a recent EHR implementation and associated consulting services when his repeated requests to add a social worker to his team have been rejected. He notes that the EHR project hasn’t been all bad since it has made it easier to obtain and use data about different outreach projects they’ve been doing. It’s been useful for clinical reminders and identifying gaps in care to try to optimize health for individual patients. They’ve also been able to use address data to refine locations for community-based health screenings and vaccination clinics. He notes that has been easier since his request for a 0.5 FTE data analyst position was approved.

Apparently there are some ongoing tensions with the local public health organizations, who feel that competing health systems are more about bringing attention to their facilities than about advocating for essential public health needs such as sanitation, preventive services, and immunizations. The health system is having a retreat in a couple of months to talk about its community health efforts and it will be interesting to check in with him and see if there are any major changes to strategic direction or if the plans remain status quo.

I wonder what that retreat would look like if they invited public health leaders, or better yet, also included representatives from the other major healthcare players in town? Maybe that could lead to a more coordinated effort, but I’m just hypothesizing. I wish there were words to describe the eye-roll that resulted when I made that suggestion. 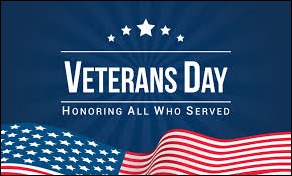 On a side note, I wanted to say thank you to all our readers who are veterans and also to their families and loved ones. We appreciate your service and your sacrifice.

How does your organization integrate with the local public health infrastructure? Is it working, or are there suggestions you would offer? Leave a comment or email me.