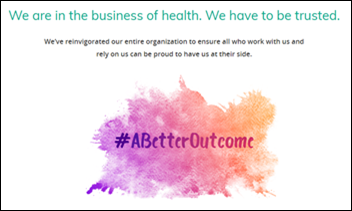 Point-of-care patient education and marketing company Outcome Health avoids prosecution by the DoJ for the fraudulent acts of former executives by agreeing to pay $70 million in restitution to customers and to continue with its remediation efforts.

The Chicago-based company was once valued at $5 billion. Its founders came under fire in 2017 for overcharging drug company advertisers by intentionally inflating the number of waiting room screens running their ads, manipulating third-party ad performance analyses, and creating phony ad campaign screen shots.

From Rolling it Back: “Re: Walmart Health. Any idea what they are using for an EHR in their new clinic?” I posed that question to Walmart’s PR team, but haven’t heard back so far. Jenn did a a couple of visits to the clinic since the pilot site is in her home town. They told her they’re using Athenahealth, Orchard for labs, and a third system whose name the tech couldn’t recall. They’re also using Zotec for patient self-scheduling. You can read her first-person experience as a patient here.

From Barred Roller: “Re: surveys. Have you done a survey of hospital C-suite leadership about how they use KLAS in making decisions?” I’ve done various KLAS-related poll questions, but respondents are anonymous and thus not limited to verified hospital executives. My experience is that health systems use KLAS more for vendors outside the inpatient EHR realm, since for those, most hospitals will have just two logical choices (not always Epic and Cerner, I should add) and can pick one without help, using factors that go beyond simple user scores. It’s also good to sneak a peek before naming your frontrunner since your executive peers and board members may do that (at the urging of one of the companies that is in the hunt, sometimes) and you need to be ready to explain why you’re buying the #3 product. Lastly you read the comments to make sure you aren’t surprised by a subtle trend, a user-reported issue that hits home, or any good or bad results that were caused by switching to or from your chosen product. All that aside, a health system that is competent and earnest should be able to make their own decision based on references, site visits, and the vendor’s willingness to pay penalties for failing to deliver. That last item is a big one – while health systems sometimes choose a product unwisely, more aggressive contract T&C instead of just signing lawyer-approved boilerplate would flush out a pretender vendor who knows their own weaknesses, but hopes you don’t. List your biggest fears and account for them with required penalties.

From Stock Picker: “Re: health IT stocks. I don’t understand why people buy shares of second-rate product and service vendors. Can’t they read financial reports?” While share price will eventually reflect company performance — even as shifty executives try to keep the shell moving with slick financial transactions and market-confusing acquisitions – a share of stock is ultimately worth exactly what someone else will pay you to take it. Shareowners don’t necessarily have any more confidence in the long-term performance of a company than skeptics, but rather hope that company news, irrational stock market exuberance, or the possibility of an acquisition will reward their patience. TL; DR: share price is a reflection of many factors, of which hard performance numbers play a minor role (until they don’t).

The folks at Definitive Healthcare confirmed a reader’s question about the Meditech replacement at Christus Good Shepherd Medical Center – Longview (TX) as I mentioned Monday. Definitive rechecked and they are indeed  moving to Epic, not Cerner. Thanks for the correction.

Meditech reports Q1 results: revenue up 2%, EPS $2.44 vs. $0.52, although the net income increase was due to selling a building for $120 million that booked a gain of $89 million. Product and service revenue both increased slightly 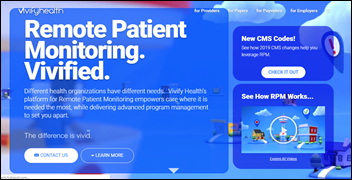 Falconer Pharmacy in New York files a class-action lawsuit against Surescripts, alleging that the company has forced the pharmacy to use its e-prescribing network to avoid higher transaction rates as a “non-loyal customer.” The suit names Allscripts and RelayHealth as co-conspirators. 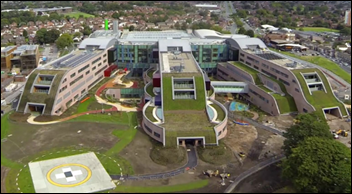 Audacious Inquiry will work with The Sequoia Project to expand availability of the Patient Unified Lookup System for Emergencies (PULSE) during disaster response efforts. The system was initially used by the California Emergency Management Services Authority during wildfires in 2017.

Livongo adds telemedicine services from MDLive and Doctor on Demand to its digital solutions for patients suffering from chronic conditions.

USF Health Morsani College of Medicine (MCOM) at the University of South Florida will partner with Microsoft to create a Medical School of Innovation in the school’s new building that will open soon. Microsoft will provide Teams, Power BI, curriculum-monitoring analytics, and Surface Studios and Hubs. 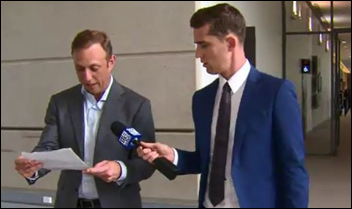 Finger-pointing ensues after Australian media outlets report that senior Queensland Health officials emailed staff at the region’s hospitals ordering them to avoid performing upgrades to digital systems – including Cerner’s problematic IEMR software – while parliament is in session so as to avoid embarrassing scrutiny from politicians. A Queensland Health representative has since labeled the email inappropriate, adding that planned upgrades will take place with at least a week’s notice and at times that are least inconvenient to patient care.

Beckman Coulter Diagnostics will use a $2.5 million grant from HHS to develop and commercialize a sepsis-detection algorithm for hospitals. 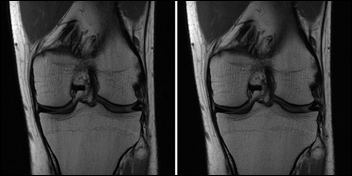 Popular Science profiles the progress Facebook and the NYU School of Medicine’s Department of Radiology are making with their FastMRI project. Announced a little over a year ago, the knee-focused project aims to develop AI that can generate MRI scans up to 10 times faster than traditional methods. Researchers are preparing to submit their study for academic review. Once submitted, they’ll then study whether AI-created images match what surgeons see when they perform knee surgeries. 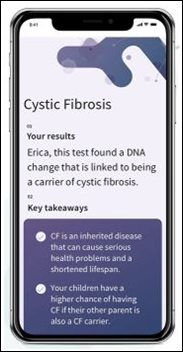 Wolters Kluwer will use a $1 million grant from Ancestry to develop ways providers can interpret and act on the results of genetic testing using its UpToDate evidence-based clinical resource. Ancestry began offering genetic testing alongside its family heritage services earlier this month.

Astria Health (WA) lays off staff and implements a shared services agreement in hopes of emerging from the Chapter 11 bankruptcy it filed in May 2019. It said an unnamed vendor was unable to collect $75 million in patient revenue. The health system implemented Cerner in mid-2018. Its new revenue cycle outsourcer is Gaffey Healthcare.

Medical residents and fellows at Yale New Haven Hospital crash a graduate medical education committee meeting to unfurl a banner reading “Doctors are Humans Too” and to present a Bill of Rights in which they demand working conditions that are safe for patients, elimination of workplace discrimination, adequate supervision, fair evaluations, treating patients the same regardless of their ability to pay, comprehensive health insurance with mental health coverage, and being paid a living wage. 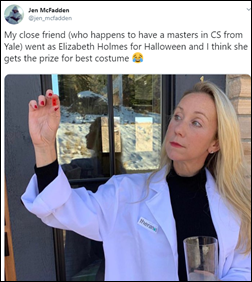 Wags speculate that the suddenly widespread shortage of black turtlenecks in San Francisco is being caused by their repurposing for Halloween costumes by people who are dressing up as disgraced Theranos CEO Elizabeth Holmes. 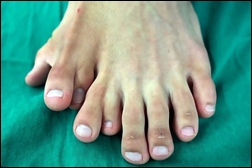 Weird News Andy says this patient can no longer count to 24, but will save on pedicures. Surgeons in China remove the four extra toes on a 21-year-old man’s left foot. He had stopped wearing sandals and has never had a girlfriend because of his insecurity, but his parents had refused to let him have the surgery because the extra digits were a “gift from the heavens” that could always be covered up with shoes (unless they are Vibrams).