Facebook will use the demographics of its users to present them with preventive health information and reminders. It will allow them to search for providers, set appointment reminders, and mark the item as completed.

Facebook claims that it won’t use detailed user information, won’t use the data collected to present targeted advertising, and will store the information securely.

The functionality was developed by Freddy Abnousi, MD, MBA, MSC, a Facebook employee who previously designed a system in which de-identified hospital data provided to Facebook would be re-identified against its own user data to alert hospitals of potentially beneficial interventions. That project was killed off following the Cambridge Analytica scandal.

From Down Low: “Re: GSI Health. Has been acquired by Medecision.” Unverified. DL left a message on my rumor phone line. GSI Health offers population health management technology and was founded by Lee Jones, MS in 2003. UPDATE: Medecision announced the acquisition Tuesday afternoon. GSI’s platform will become part of Medecision’s Aerial. 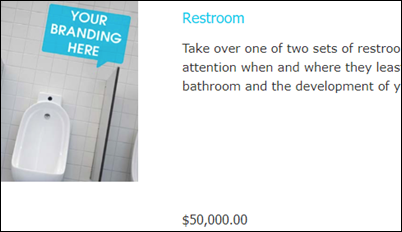 From Minibar Raider: “Re: HLTH. Received this Dilbert by email, which seems apropos. And Livongo has branded the room keys!” HLTH seems to have attracted a lot of expense account-flush C-level vendor and provider executives. Its glitz and VC-funded excess seems right at home in Las Vegas (it is ironic talking about health behaviors within lavish temples that were built on addictive gambling, smoking, overeating, high alcohol consumption, and most likely some sex-related risk factors). I guess I’m just cynical about wealthy C-level executives trying to sound convincing in proclaiming patients and humanity as their primary motivators, although at least a few presenters fit that description. John Halamka tweeted that HLTH is “a perfect hybrid of JPMorgan and Burning Man,” noting an attendance of 6,000. Bizarre: one HLTH attendee’s exhibit hall photo showed a booth consisting of an oversized barber shop with at least five chairs in which attendees were getting actual haircuts. That’s some original booth thinking. UPDATE: the thinking isn’t that original and its very much not the same as the non-commercial Burning Man – HLTH brought in London’s Pall Mall barbers to offer wet shaves and haircuts during conference breaks, which could be sponsored for $40,000 for each break. The same amount of sponsor money would place signage on the Drybar hair styling booth, or you could spend a little more to sponsor a restroom to “capture our attendees’ attention when and where they least expect it.” This is all amusing until you realize who’s paying.

I’m amused that stay-at-home people now report their gossip-focused findings (obtained by all-day peering through their windows or listening to scanners) via the new busybody networks of Nextdoor and Facebook neighborhood groups. I can summarize 90% of their poorly written messages as follows: (a) did anybody hear that big noise just now? (b) my power is out, anyone know why or when it will come back on? (c) where were all those police cars going out on the highway? (d) what’s with the traffic backup? Many posters seem incapable of Googling since they ask easily answered questions about business hours and school calendars. Then we have the paranoid neighborhood alerts that someone black, Hispanic, or under 21 was seen “acting suspiciously” (meaning: daring to exist close by). It’s hard to remember that before social media, you only knew how weird or downright disturbing neighbors are when you saw them in the driver’s license office or the ED. 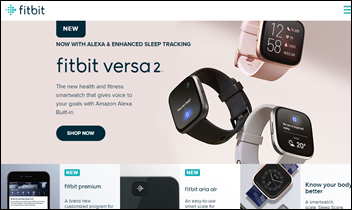 Reuters reports that Google owner Alphabet has made an offer to acquire Fitbit, which has been attempting to turn itself into a healthcare technology business as its wearables market share slides in the face of stiff competition. 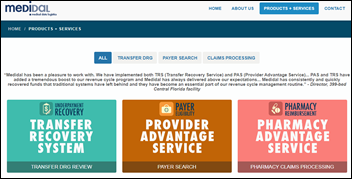 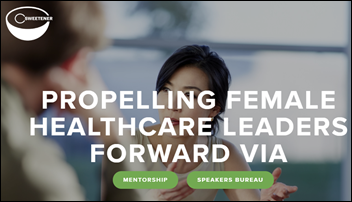 The HLTH conference’s non-profit foundation acquires CSweetener, a IT executive mentor matching platform for women. The organization’s staff consists of three women named Lisa, with investor and co-founder Lisa Suennen being the most recognizable. 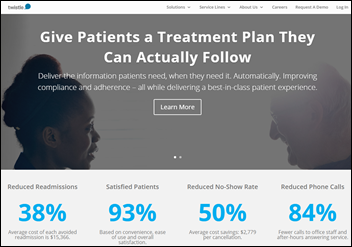 Albuquerque-based patient engagement app vendor Twistle raises $16 million that it will use to expand its office space, increase headcount, and bring on new employees in Seattle. Founder and CEO Kulmeet Singh was formerly VP of strategic planning for Nuance before starting Twistle in 2010.

Rob Anthony (CMS) transitions to director of certification and testing for ONC’s office of technology, where he will oversee health IT certification. He replaces USPHS Captain Alicia Morton, DNP, RN, who will become senior advisor to Deputy National Coordinator Steve Posnack, MS, MHS.

An InterSystems survey finds that private hospitals in Southeast Asia will dramatically expand their health IT capabilities over the next five years to support value-based care and care coordination. Hospital executives expect to see big gains in the use of analytics and AI as paper records are replaced with their electronic counterparts. 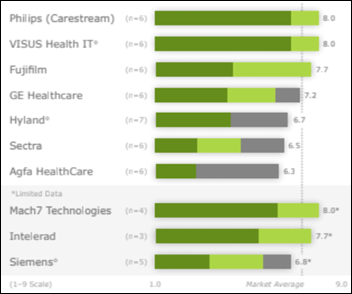 A new KLAS report on global vendor-neutral archive finds that Philips (via its August 2019 acquisition of Carestream HCIS) and Fuifilm deliver scalability and geographic breadth, while Agfa, Sectra, and Hyland run in region-wide deployments with inconsistent delivery. Customers of GE Healthcare report lack of support and partnership, while those of Siemens (deployed mostly in Europe) complain about third-party implementers and inconsistent customization expertise. Mach7 and Intelerad show promise given limited customer data. KLAS notes, however, that it surveyed each vendor’s list of their own best customers, which may not be representative. 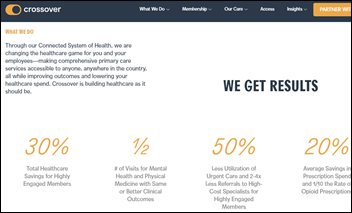 Mastercard announces Healthcare Solutions, extending the capabilities of its healthcare account payment cards to help hospitals offer more effective billing methods for a given patient, for payers to identify potentially fraudulent claims, and to provide biometric mobile access to accounts.

The Federal Bureau of Prisons issues an RFI for an EHR and patient management system,

The Verge notes that California’s electricity blackouts are forcing hospitals to decide which equipment – such as refrigerators vs. EHRs – to run on backup generators. That is a real-life example from FQHC Winters Healthcare, which decided to keep some lights on and its EHR running for a planned outage that could last anywhere from one to five days. Hospitals switching to generator risk lengthy system reboots, equipment damage, and potential patient harm caused by drug dispensing cabinet downtime, patients stumbling in the dark, and in influx of patients from homes and skilled nursing facilities without power who use medical equipment such as ventilators and IV pumps. The executive director of Winters Healthcare headed out once power was restored to buy more emergency lighting and another generator since he is worried that power outages could be “the new normal.”

Beijing-based Lepu Medical — which offers an FDA-approved, $2-per-day heart attack risk warning system that was trained on the publicly available data of 500,000 hospitalized patients in China – says its system isn’t selling well in the US because hospitals that are paid well for visits and surgeries see it as a threat to their profits. He also blames malpractice fears and the expensive, time-consuming process of researchers who conduct studies and wait for the results to be published. The company is basically giving up on US hospital sales and will instead work with an online medical visit provider and an ECG company. 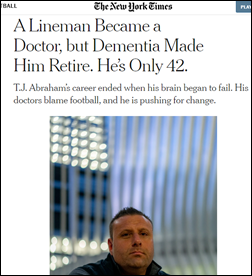 Former college offensive lineman T. J. Abraham, DO was forced to finally retire from his OB-GYN practice when his football-related chronic traumatic encephalopathy left him unable to prescribe drugs or perform surgeries without first covertly checking an app. 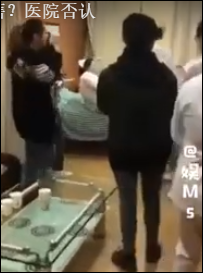 A hospital in China suspends several nurses and employees who were captured on video lining up to pose on the bed formerly occupied by a celebrity singer from Singapore. Afterward, someone listed his used IV bag and syringe for sale online.