Leidos Health, formed by the merger of Vitalize Consulting Solutions and MaxIT Healthcare, will be renamed Ettain Health.

I confirmed and published a reader’s accurate rumor report on September 18. Leidos said at that time that 850 employees will transfer to the new company.

From NI: “Re: informatics nurses. How are they perceived in health systems?” Very well, in my experience of having had those folks report to me. Physician informatics is a tougher job because it’s a small number of people, often just one, and peers are suspicious of a doctor who has crossed over to the “dark side.” This is often amplified by specialty rivalry, in which big-ego specialists scoff at the idea that an informatics doc from a different specialty can understand their needs. In contrast, nurses seem to appreciate their peers who have moved into nursing (applied) informatics, with no feelings of resentment that I’ve ever seen (they are still respected nurse colleagues regardless of job description). It helps that health systems wisely choose informatics nurses who are  experienced process change leaders and patient care advocates. They also benefit from their greater team numbers and their deeper process knowledge since they are usually hired from within. Lastly, they love patients more than computers and thus aren’t seen as token IT geeks stumbling around blindly on the floors. Informatics nurses are the unsung heroes of any health system’s IT successes, with “unsung” meaning that clueless doctors, ancillary departments, and executives often override them just because they can. I blame organizational culture and some degree of bias in that 90% of nurses are female in a male-dominated culture, they were not taught in nursing school to be Type A backstabbers and gunners, and they are usually less interested in organizational politics and ladder-climbing than they are in patient care. As I often say, without skilled bedside nurses, a hospital is just a consumer-hostile, poorly run, but fabulously profitable hotel.

From Rich Mandarin: “Re: grammar peeves. One of my favorite aspects of HIStalk is hearing your latest. As it’s been a while since you’ve posted some, are any currently at top of mind?” First, I promise that I didn’t make this comment up just to pontificate. I’m not a mistake-free grammar zealot who corrects others individually for their casual writing, but rather someone who respects the time and intelligence of business readers who don’t necessarily know me personally, which is why I might open Christmas presents wearing rumpled sweatpants and a King Crimson tee shirt that wouldn’t be my first choice around first-impression strangers at work or a conference. Good business writing should be concise and barely noticeable, free of distracting mistakes and quirky style. Peaking my peeve-meter lately, although not specifically limited to grammar, are these: 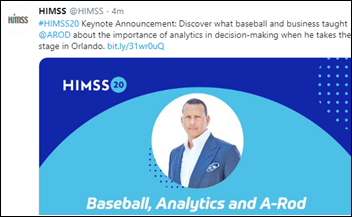 From HIMSS20 Keynote Speakers – Again?!: “Re: Alex Rodriguez. I just received an email that he will be the Friday afternoon HIMSS20 keynote speaker. What’s your take on the announcement?” High school graduate, stick-and-ball gazillionaire, and admitted steroid user (in between lying through his teeth about it) A-Rod commands a speaking fee of “$100,000 to $1 million” in yet another example of someone being paid exorbitantly for providing minimal societal benefit. Financially struggling patients must be thrilled to be underwriting the chance for the highly-paid executives of their local non-profit hospital – at least that handful that stick around until Friday afternoon — to jock it up in A-Rod’s celebrity glow as he opines on analytics (I’m pretty sure he’s no Billy Beane given that he never managed anyone other than himself in baseball, and even did that questionably except for mastering the art of saying “I’m sorry” while continuing to do what he was sorry for). This anemic HIMSS20 keynote lineup isn’t what the conference needs to stanch its attendance bleeding.

I need to replace my old Timex Expedition watch, but so many Amazon watch reviewers have complained that they were stiffed with a damaged or cheaper model or one that isn’t authorized for US sale. Amazon does little to police bait-and-switch sellers or those who create phony reviews even when it’s obvious and sometimes its reviews for several product variants are dumped into a single set of shared reviews, to the point that I’m beginning to look elsewhere for many items, the same problem that drove me from Ebay.

Clinical trials platform vendor SignalPath raises $18 million in a Series B funding round.

USPTO awards Medicomp Systems a patent – its fourth since 2016 – for its Quippe platform technology that identifies and filters relevant clinical data for presentation to clinicians at the point of care.

Strata Decision Technology announces StrataSphere, a cost benchmarking platform that aggregates information from 1,000 hospitals that use the company’s StrataJazz product (financial planning, analytics, and performance) for gaining insights into best practices. Strata customers can opt in at no cost.

The Washington Post investigates a reader’s complaint that the privacy policy of the Allscripts Follow My Health portal of George Washington University’s faculty practice allows it to use patient information for marketing, including by “marketing partners.” She found no opt-out agreement. The paper contacted Allscripts, which says the company doesn’t disclose identifiable patient data to third-party marketing companies even though its privacy policy reserves the right to do so. The paper seemed surprised to learn that HIPAA doesn’t cover technology vendors, apparently as confused as laypeople in general in thinking that the badly aging HIPAA is a broad-coverage patient privacy law instead of a requirement only of covered entities and their business associates, all of which enjoy broad leeway under the guise of “treatment, payment, and operations.” 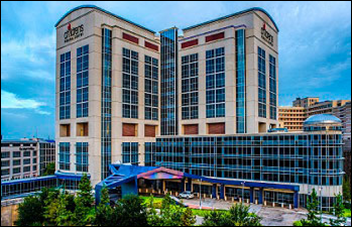 The Dallas paper observes that not only is Children’s Health in Dallas paying $2.5 million for a high school football stadium’s naming rights, it will contribute nearly $3 million in other benefits to the school over the next 10 years. Reason: the high school is in a high-income, high-growth area that a competing health system is eying. It’s hard to believe, but there was a time when non-profit hospitals acted like charities instead of aggressive businesses that strong-arm patient collections for excessive bills while not paying taxes. No wonder private equity firms are buying all the healthcare businesses they can find – the system is now too big and politically well connected to fail.

Kaiser Health News finds that hospital and doctors are pushing 3D mammograms that haven’t been proven any better than traditional ones despite costing $50 more. Manufacturers (Hologic, GE Healthcare, Siemens, and Fujifilm) have paid doctors $9 million for promotional activities and most of the journal articles were written by doctors who have financial ties to the industry. The manufacturers are also spending big money for consumer marketing, paid celebrity tweets, and lawmaker lobbying that has successfully forced insurers in many states – both private and Medicaid — to cover the screening. The National Cancer Institute will spend $100 million of taxpayer money to determine whether the tests help or hurt the women who receive them, the burden of proof of which should have been on those companies that are raking in cash from their sale.

The Lansing State Journal notes that a company has created dozens of 40 Facebook-promoted, politically one-sided websites whose names and appearance attempt to fool readers into thinking they are published by local newspapers or business publications. The same firm also publishes “FDA Reporter,” “FDA Health News,” and “Patient Daily.” The latter’s top story opines that it is time to modernize HIPAA, written by fresh college graduate who obediently quoted Joel White of the health IT vendor lobbying group Health Innovation Alliance (in which the kid wrote “HIPPA” five times vs. “HIPAA” once).

You might expect a journal’s PR company to spell the name of its editor-in-chief correctly (that being John Halamka, MD, MS), but I see quite a few other mistakes in the self-congratulatory press release (I count at least seven errors in the 16-word sub-headline alone). Publisher Partners in Digital Health has also come up with the most unwieldy and contrived conference name I’ve seen — ConVerge2Xcelerate. 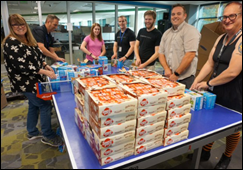