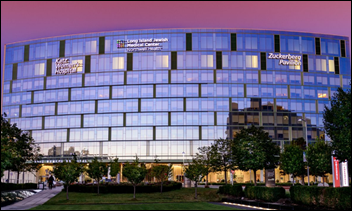 Northwell’s 19 hospitals have been live on Sunrise since 2005, making it the largest customer of Allscripts.

MDRX shares rose 1.4% Tuesday after the announcement, performing slightly better than the Nasdaq Composite index for the day.

From Grim Sleeper: “Re: Allscripts and Northwell. What are the odds that their collaboration will result in a commercially viable inpatient product that can compete with Epic or Cerner” Zero, my reasoning being thusly even though all of us should be wishing for new inpatient EHR competitors:

From Market Watcher: “Re: Epic contracts. They’re usually a source of mystery, but a moderately redacted copy of one popped up on SEC’s Edgar. I don’t see anything that looks like a gag clause, although there’s a lot of concern about protecting Epic’s IP.” The contract between Epic and Ardent Health Services doesn’t contain anything shocking:

From NH: “Re: Novant Health. Creating an innovative electronic patient and family advisory council.” Novant will survey volunteer council members about patient room decor, food quality, and nicer waiting rooms. I’m all for those things, but what I really want from a hospital is for them to put my interests ahead of their profits, develop and follow sound clinical protocols, give me access to caring and highly skilled providers, and send me home vertically and better than when I entered. I might enjoy having better coffee or softer chairs at the oil change place, but that’s not much consolation if the tech uses the wrong filter, doubles my cost by acquiring competitors, or claims to be concerned about my car’s overall health when what they really want is to sell me more services. Consumers can see only the most superficial aspects of healthcare and they assume that they don’t need to worry about the rest, which is not true at all.

From Billing Boy: “Re: patient estimates. They are often wrong, this study finds.” It’s easy to get worked up about patients being charged more than they were told to expect (which would be shocking in any business except healthcare), but portraying those hospitals as dastardly rather than incompetent misses the point. Healthcare billing is so arbitrary and complex that even the hospital itself has no idea what will be billed until after the fact, when all the revenue-obsessed hospital departments have picked the insurance bones clean. Here’s an easy test – give a hospital an anonymized copy of the clinical records from someone’s inpatient stay at their own facility and ask them what they think the itemized bill would look like (no dollar amounts, just which line items the patient would be billed for). It would have little correlation to the bill they actually sent to the patient. Hospitals are right that they don’t know what a given patient needs until they have already provided it, but it’s a mistake to ensure that the variability between estimates and actual bills is strictly due to clinical uncertainty or insurance surprises.

Thanks to Jenn for covering my absence of a few days for vacation. I kept up with what she was writing and sent her items that looked interesting, but otherwise spent close to zero time using any computing form factor. Other than the many “circling back” and “pinging you again” re-sent emails from PR people who can’t grasp that not everyone stays online 24×7 or finds their self-serving announcements to be of top importance, I saw no evidence that anyone even noticed my absence, which is how it should be. 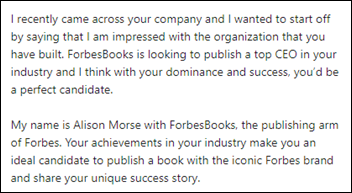 I rarely think of Forbes as an objective, insightful news publication and this doesn’t change my mind – the company has launched a vanity publishing press and is paid-spamming LinkedIn with boilerplate invitations to “business leaders” who are willing to rent the Forbes nameplate to repackage themselves as quote-worthy experts a la “The Art of the Deal.” Its partner company touts that lazy executives can create an industry-captivating book in under 24 hours. Healthcare clients include former CMS Deputy CIO Henry Chao and about a zillion attention-seeking dentists.

Cerner will lay off 350 California employees following Adventist Health’s decision to bring its revenue cycle operation back in house from Cerner RevWorks. Cerner says Adventist Health has offered to hire all of the laid-off employees, while another 1,000 Cerner employees will swap their badges for those of Adventist Health.

Ajay Kapare (Ellkay) is appointed to the CHIME Foundation Board and its board of trustees. 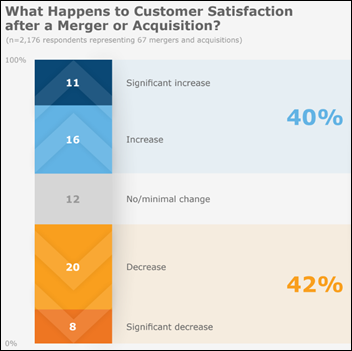 A new KLAS report looks at strategic mergers and acquisitions in healthcare IT, observing that about 40% of customers are happier afterward, 40% are less happy, and 20% see no impact. The percentage of customers anxious to bolt to a new vendor doubles after M&A when long-term customers resent the imposition of intentional nickel-and-diming, crappy support, and R&D slowdowns. Customers are better off if the acquirer is privately held and thus not desperate to pander to shareholders in chasing short-term profits at the expense of long-term strategy. KLAS concludes that M&A fails when the acquirer saddles the former company with layers of bureaucracy and sales-focused goals; fails to get its executives interested in the acquired company; makes grand promises that aren’t kept; and cuts back on support so that the resulting financial numbers make the acquirer’s executives look smart. 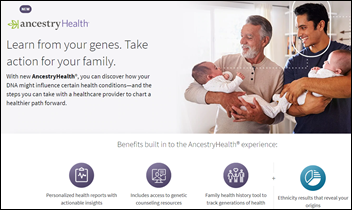 Family history vendor Ancestry launches AncestryHealth, which will sell a $149 profile of genetic screening results that are matched to specific medical health conditions, as well as a more expensive, membership-based service that provides deeper screening and quarterly screening updates. The company has contracted with an independent physician group to order the tests. Stat notes that the tests of competitor 23andMe are regulated by the FDA since consumers order them themselves, while AncestryHealth won’t get FDA oversight because the tests are ordered by doctors but instead will be under CMS’s physician-ordered diagnostic testing rules. Experts note that only 2% of patients who don’t have a family history of a disease will learn something new from such tests, while others say that genetics accounts for less than 10% of longevity, but lack of rigorous science doesn’t usually stand in the way of companies making big money from irrational health concerns (see: Goop).

A Black Book provider survey of vendors of software and services for coding, clinical documentation improvement, and HIM finds Nuance topping most categories, but Optum360, MModal, Dolbey, Adadyne, Qventus, and Fujitsu also finished first in some areas.

Nvidia and King’s College London create a platform that allows organizations to contribute their imaging data for machine learning-powered brain tumor research without copying it offsite or sharing it directly, with the federated learning system keeping patient data confidential.

Canada-based EHR vendor Premier Health Group will add AI from IBM Watson to its telemedicine app to use a chatbot to reduce clinician time on each call.

In Australia, the new head of EHealth Queensland says its struggling Cerner implementation can be turned into a showcase project, but urges all of the state’s health bodies to help in getting new sites live while optimizing existing ones. 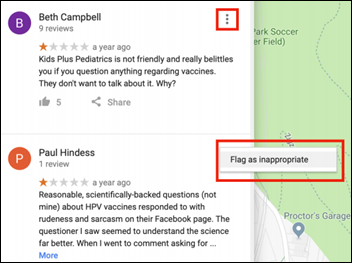 A reader sent this article about Shots Heard Round the World, a “rapid-response digital cavalry” that helps providers whose vaccine-related social media messages – such as “flu vaccine has arrived – get your shot today” — trigger an electronically mobilized torrent of negative comments, scathing Yelp and Google reviews, and threats from anti-vaxxers from around the world. The group was founded by two employees of Kids Plus Pediatrics, a Pittsburgh area practice that was attacked relentlessly after it published a video explaining the value of HPV vaccine in preventing cancer. They offer the highly detailed and excellent Kids Plus Anti-Anti-Vaxx Toolkit to help practices defend themselves online harassment. Fascinating to me is their analysis of who created the 10,000 negative anti-vaxx comments on their site:

In England, a hospital won’t be fined the prescribed $190,000 for 600 incidents in which it placed male and female patients in the same room. The hospital says it has a zero-tolerance approach for mixed-sex rooms, but then stretches the definition of “zero tolerance” by adding that it sometimes does it anyway when all beds are full. NHS England says mixed-sex rooms are detrimental to safety, privacy, and dignity, which it fails to note are already endlessly compromised throughout all aspects of hospital care, but especially when any patient is forced to room with another. Imagine if a hotel did this, even without all employees running in and out, awkward moments involving specimen collection and bedpan usage, receiving visitors, and being separated by just a thin curtain from a dying, moaning, or loudly delusional roommate.

Odd: the elected part-time coroner of an opioid-ravaged Ohio county is charged with illegally prescribing 1.5 million opioid doses over two years and fraudulently billing Medicaid and Medicare in his day job as a pain management doctor. On the other hand, he donated to the county’s Staying Clean Club and its drug task force, so there you go. 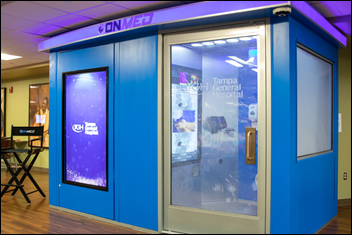 Even odder: Tampa General Hospital opens an OnMed telemedicine consult and drug dispensing booth in its food court so that its employees — who are inside its walls — can seek medical care from clinicians who aren’t. Maybe this is a Halloween-appropriate “the call is coming from inside the house” type situation. It’s not really an admission that employees don’t have time to deal with their own hospital employer’s bureaucracy as patients – the hospital is in business with the vendor and this first booth is a pilot for a broader rollout. The hospital CEO says millennials won’t wait to see a doctor in person, which if you’re a doctor who actually wants to care for patients, is depressingly accurate. The oldest millennials are now in their late 30s, so it would be interesting to see how those who are doctors run their practices and patient encounters.

Georgia lawmakers will require the state’s rural hospital CEOs, CFOs, and board members to complete eight hours of classes in financial management and strategic planning (in an apparent lack of irony).