Mednax will sell its MedData RCM software and services business to private equity firm Frasier Healthcare Partners for up to $300 million. 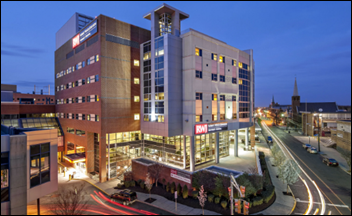 From RWJBetter Believe It: “Re: RWJBarnabas Health’s rumored conversion to Epic. Looks like the rumblings have been confirmed: “We’ve announced the move to the Epic IT platform, and in 2020 that project will kick off in earnest. We view this move as transformational for our organization; it will allow us to truly connect all of our healthcare assets in a deeper way than they have been connected in the past.”  As Barnabas Rubble first suggested here in June, the New Jersey-based health system – the result of the 2016 merger of Barnabas Health and Robert Wood Johnson Health System – will finally bring all of its facilities onto one platform.

From anon: “Re: PeaceHealth layoffs. PeaceHealth just laid off more IT staff. Unlike their last round of layoffs in July, which was almost only people outside their Vancouver, WA office with the stated intent to centralize services, this round included Epic Analysts in Vancouver. Their upgrade goes live this week, no less.” The local news reports that this round is of 50 centralized support service staffers. 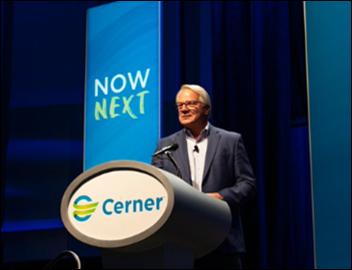 From Vaporware?: “Re: The Brent Schafer AI story. I totally believe that is real. The head-scratcher is further down in the press release: ‘Stemming from Cerner’s collaborative work in the federal space, the company is soon to roll out “Cerner Seamless Interoperability.’ Questions: Will it be a new contract for Cerner, since they’re just now inventing and releasing it? Will it be based on their current ;federal space’ interoperability model of logging in to side-by-side workstations? How is it different from CommonWell, which has been sold as ‘Seamless Interoperability’ since 2013 (and still is not live in federal space)?”

From Insider: “Re: Cantata Health. CEO let go and more layoffs coming. They have moved all support offshore, and clients are not happy. Talk about a sinking ship. The CTO and some finance people are now running the company.” Former CEO Krista Endsley’s LinkedIn profile confirms her departure after 18 months. The company’s sole C-suiter is CTO Rich Zegel.

October 15 (Tuesday) 1:00 ET. “Universal Health Services Case Study: How to Improve Network Design and Management with Claims Data.” Sponsor: CareJourney. Presenters: Mallory Cary, regional director of ACO operations, UHS; Abbas Bader, director of product development, CareJourney. Universal Health Services (UHS), one of the nation’s largest hospital management companies, has more than 350 acute care hospitals, behavioral health facilities, and ambulatory centers across the US, Puerto Rico, and the UK. UHS has collaborated closely with CareJourney over the last three years in building high-performing networks in new markets, managing patient populations as they flow through those networks, and targeting areas for performance improvement within the network. Join the expert presenters for deep insights into network design and optimization. 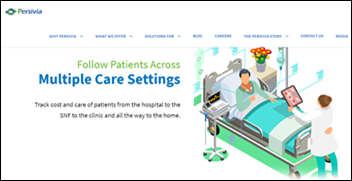 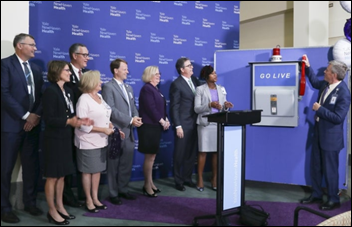 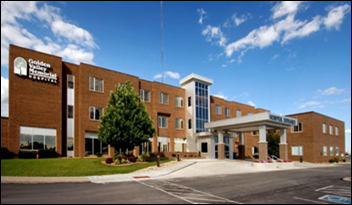 The Public Hospitals Authority in the Bahamas completes the first phase of its integrated health information management system implementation with help from Santa Rosa Consulting. 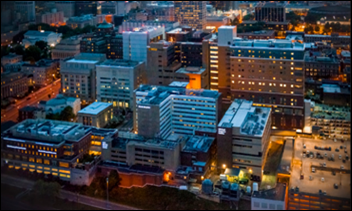 VCU Health (VA) announces it will no longer sue patients for unpaid bills after seeing the uproar caused by revelations that UVA Health filed 36,000 lawsuits over six years in an effort to collect $106 million. VCU’s physician group has filed 56,000 lawsuits to recover $81 million from patients over the last seven. “We don’t want to be a part of that,” says CFO Melinda Hancock. “We feel that taking care of the patient’s financial health is taking care of their holistic health.”